DNA Lounge: Wherein we did the thing 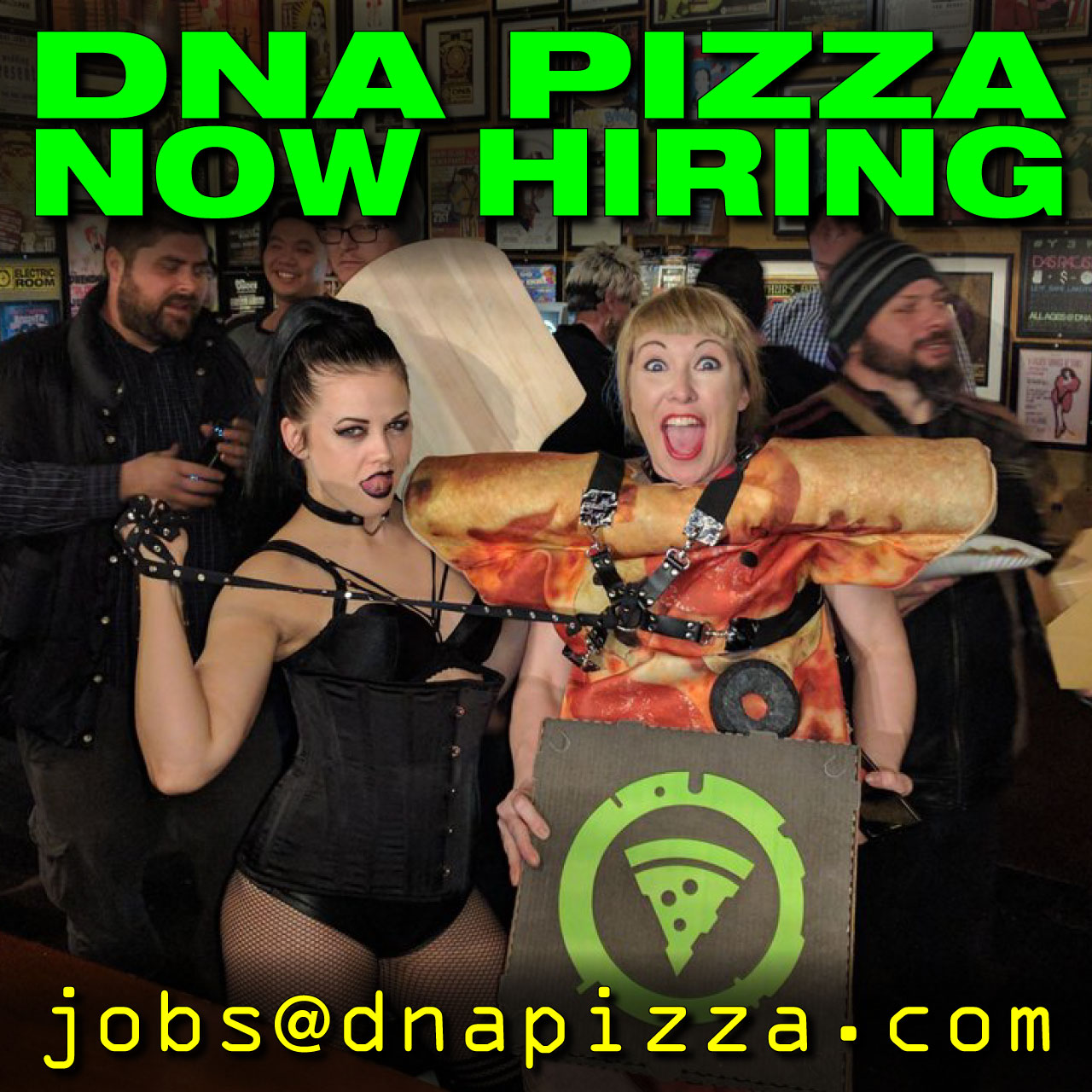 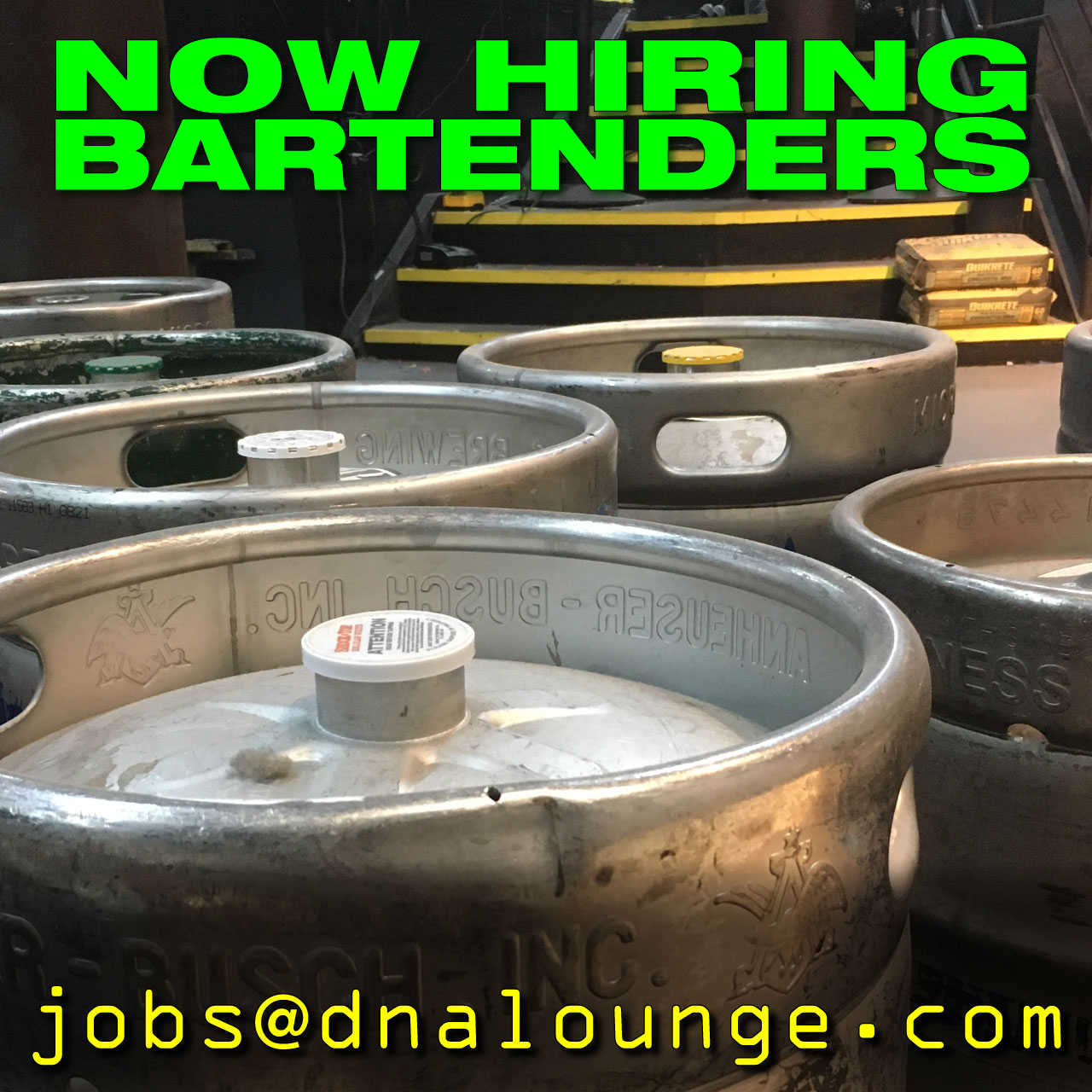 Our opening weekend was amazing! All of the events were really fun, and packed. It's nice to be back.

The thing that struck me most about our Friday night re-opening party, Turbo Drive, was that it wasn't the usual Turbo Drive crowd. I got the impression that a lot of people said to themselves, "I don't know what synthwave is, but I'm going anyway." And they stuck around, too! Also they all dressed up, but everyone dressed up for a different party. Here's a girl dressed for the symphony, here's a guy dressed for a punk show in 1977, here's Lara Croft swing dancing with Snake Plissken.

I very much hope that this wasn't a one-off and that people hold on to that attitude: "I don't know what this is, but let's check it out anyway". Nature is healing and you are allowed to try new things.

Then Saturday, we had three events: the early show was Hubba Hubba Revue, followed by Bootie in the main room and Lower Underground in Above DNA. The audiences for these parties were more traditional; it was the usual Hubba, Bootie and dubstep/rave crowds, but, there were nearly twice as many of them as in the Before Times, which was awesome.

I had wondered whether people would stil be skittish about being in crowds, and the answer to that is, NOPE. They were happy being absolutely packed in, sweating all over each other. Though all our staff are still wearing masks, I'd say that less than 1% of the customers were. No soft re-entry here: they have embraced the Full Florida.

I also very much expected to see some people getting seriously sloppy by about 1am, since everyone is out of practice at drinking in public, but nope again: they mostly held their shit together pretty well! Good form, SF.

Our crew were all pretty exhausted by the end. It's going to take a little while to get our sea legs back. And also we are still hiring -- bartenders, security, restaurant and floor. Email jobs@dnalounge.com.

Tonight: The Return of Death Guild! Bereft (I am reliably informed) in deathly bloom.

1 year ago
See More Evil: "The sociopath sack race is important to me. To do my part, I left one or two of these around New York."

I'm not going to link to the article, but I will just note that it is journalistic malpractice that this headline says "cow poo" instead of "bullshit".

I mean, the article that I am not linking to contains other acts of journalistic malpractice as well (credulity, publishing a company press release, pretending that the opinions of billionaire celebrities matter) but the headline is really the cherry on this bullshit sundae.