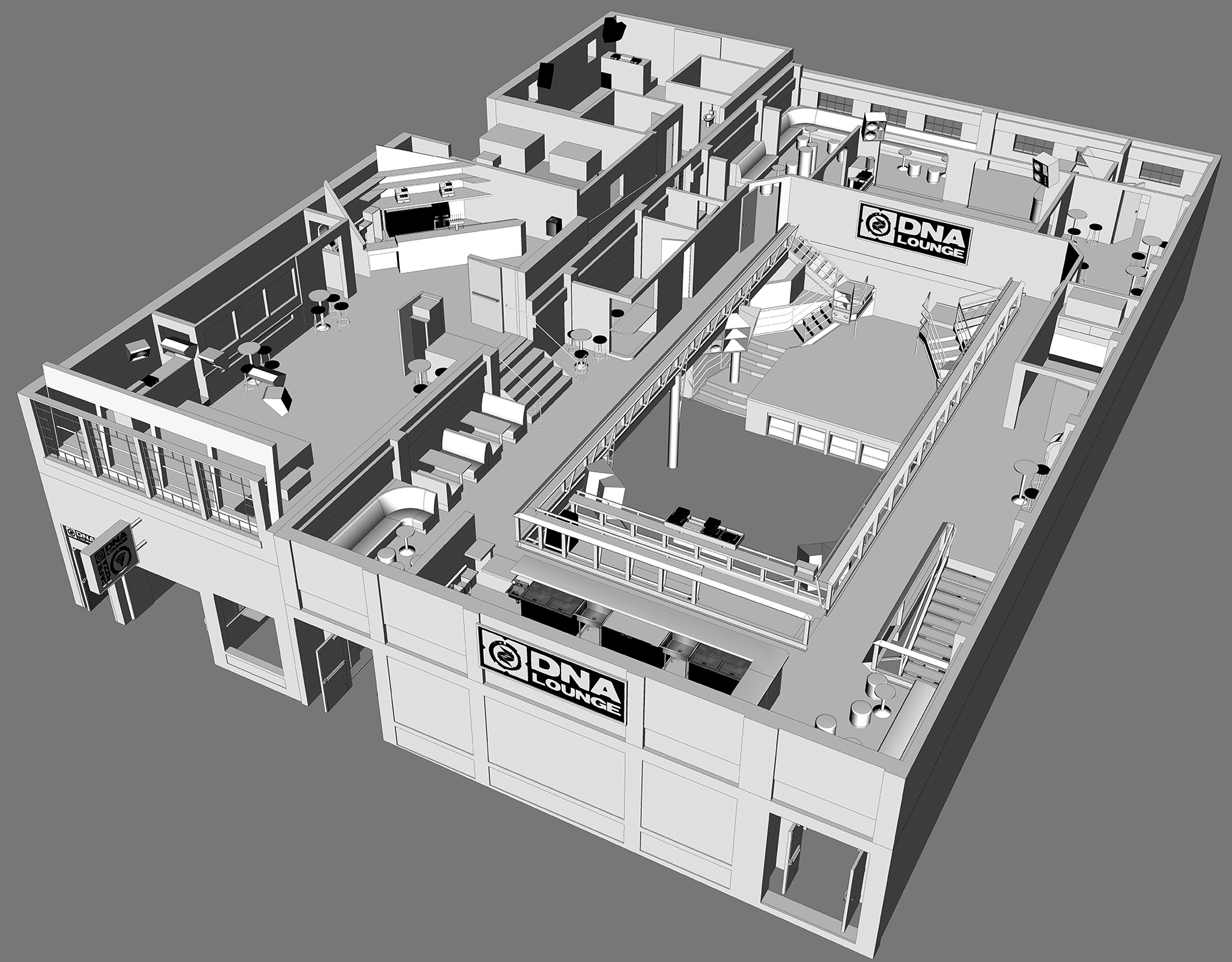 So what should I be using instead? My needs are:

A few years back I learned Maya, but I hated it and I've forgotten it all. And I'm told that Blender is terrible for CAD-like tasks.

Fun fact, there are no online converters that can read and convert SKP files. Even the ones that claim that they can. There's a Blender plugin for importing SKP but it doesn't work. I have an export-to-DXF plugin for SketchUp 7 but it barely works. I'm sure it would omit like 30% of my DNA model and all of the textures. Maybe SketchUp's built-in DAE exporter works better, but I haven't tried. The SKP file format is turning out to be a lock-in nightmare.

In an ideal world, the DNA Lounge model would be a thing that one could fly through on a web page, or by loading it as a level into some game software, but hey, let's not go crazy here.

I know that several people have imported my model into various other systems over the years, but I believe that every person who did so did it destructively, editing it in a new system in ways that can't be reversed.