Which Companies You Should Shoplift From

You're just as appalled as I am that 12.6 million people are unemployed, yet the wealth of billionaires grew over $10 trillion so far during the pandemic. That's too big of a number for us to fathom so let me write that out: $10,000,000,000,000. That is SOOO many fucking zeros. The richest motherfuckers in the world are getting unfathomably richer while the rest of us suffer.

And many of the companies owned or invested in by these people get massive corporate welfare from the government resulting in humongous subsidies. This means YOUR tax dollars are helping fund companies that already make billions of dollars. We should all be sharpening our guillotines right now. [...]

Whole Foods: Whole Foods is owned by Amazon, a company who spent several years paying $0 in federal taxes. Since you can't really "borrow" from an internet retailer, your next best option is to do so from their brick and mortar location. That means healthy and organic borrowings for you and your family! Don't feel bad, Amazon has received $2,379,871,238 in government subsidies.

Safeway: Safeway's parent company, Cerberus Capital Management has received $156,378,705 in government subsidies. Amongst their many holdings is the gun manufacturer Remington Arms, who has itself received $68,900,000 in subsidies. So yeah...gross.

Nike: You know what will help expedite your "borrowing" ventures? Some fresh new running shoes! Nike has been the recipient of $2,094,781,049 in government subsidies. Instead of shaming poor people for buying Nikes, we should be be shaming Nike for making billions of dollars while being on corporate welfare.

I guess this is the day of the year where I'm supposed to make a blog post tooting our horn about all that we've accomplished in 2020.

Well. We're not dead yet.

I guess I'll count that as a win.

My first blog post of 2020 was the story about how, having noted that nightclubs are hotbeds of disease, I tried to figure out how to give away flu shots at the club, and failed utterly at this project.

That story was unpleasantly prescient.

In January, we had started a new live music showcase, Star Crash. We got to do our second one in February, and then, The Rona. We've kept Star Crash going as a monthly webcast while in lockdown, and I'm really happy with how those have turned out. You can find most of them on our YouTube channel -- the ones that didn't get blocked by robots, because YouTube and the Content Mafia are just The Worst.

We also got to do one last in-person Cyberdelia back in February! That was great.

And after that, the shitshow began in earnest.

During those first few months of lockdown we kept paying our employees for quite a while, and eventually some Payroll Protection Program money allowed us extend that, but now all that money is gone and we're stripped back to a skeleton crew running in low-power mode.

They say that a second round of aid will be coming, but until we've seen the backside of both Cheeto Mussolini and Kentucky Palpatine, I'm not holding my breath. Once we entered the long nightmare of "paying rent and insurance on an empty building", we upgraded our network and video infrastructure, went HD with our webcasts, and basically transformed the empty club into a TV studio. We've managed to bring you several DJ performances each week, including Death Guild every Monday, Turbo Drive every first Friday, and a couple of live burlesque and variety performances each month, between Hubba Hubba Revue (every third Saturday, next one on Jan 16) and and Apothecary Raree (every first Friday, next one tomorrow). We've even had a handful of live bands! We've had:

All of these streaming shows are supported only by donations, since pay-per-view models for this sort of thing just aren't viable. So please kick in if you can.

We also got some nice press about our webcast series: 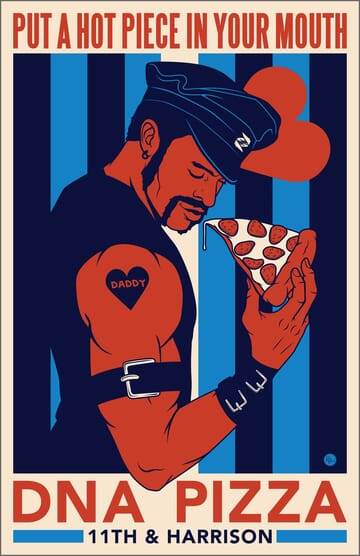 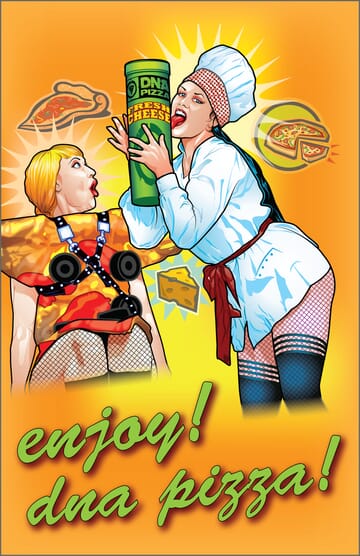 Buy some posters!
In March, DNA Pizza turned nine years old. The restaurant is still open for take-out and delivery, and being allowed to do delivery cocktails has helped a bit, but our restaurant business is a tiny sliver of what it was before the plague. And since almost all of our business is online ordering now, we had to figure out how to avoid having the delivery services not take 30% off the top. Remember to always use dnapizza.com/order to place your orders instead of another site!

We had just re-vamped our parklet to make it be more comfortable for outdoor dining when Lockdown Two began.

And this year was our 35th Anniversary.

We had plans for that.

By the way, we've got like 300 of these 35th anniverysary buttons left, pictured up top. Clearly we overestimated your commitment to Sparkle Motion. How about ordering some?

Also we have a side business in selling some damned fine face masks. 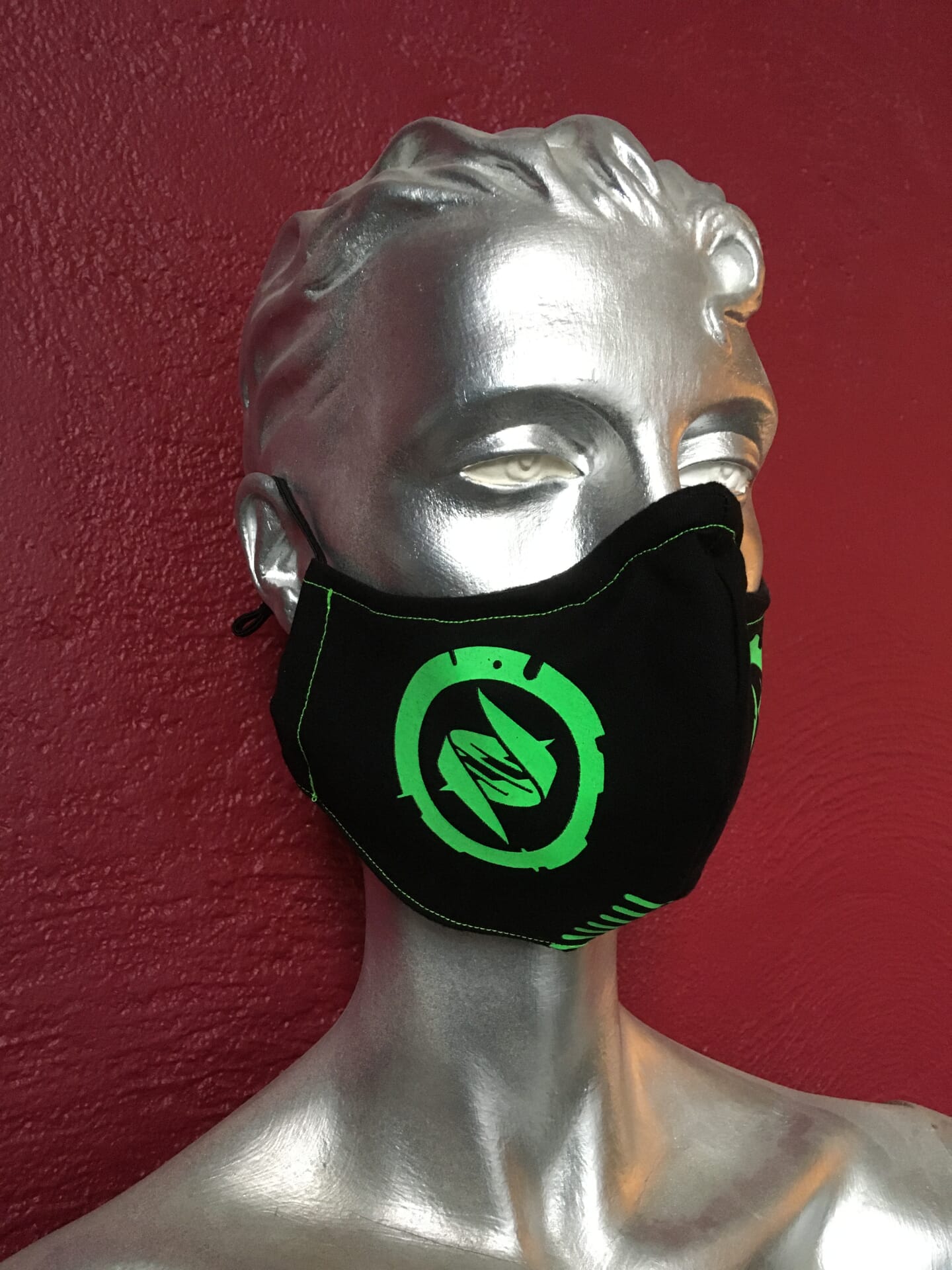 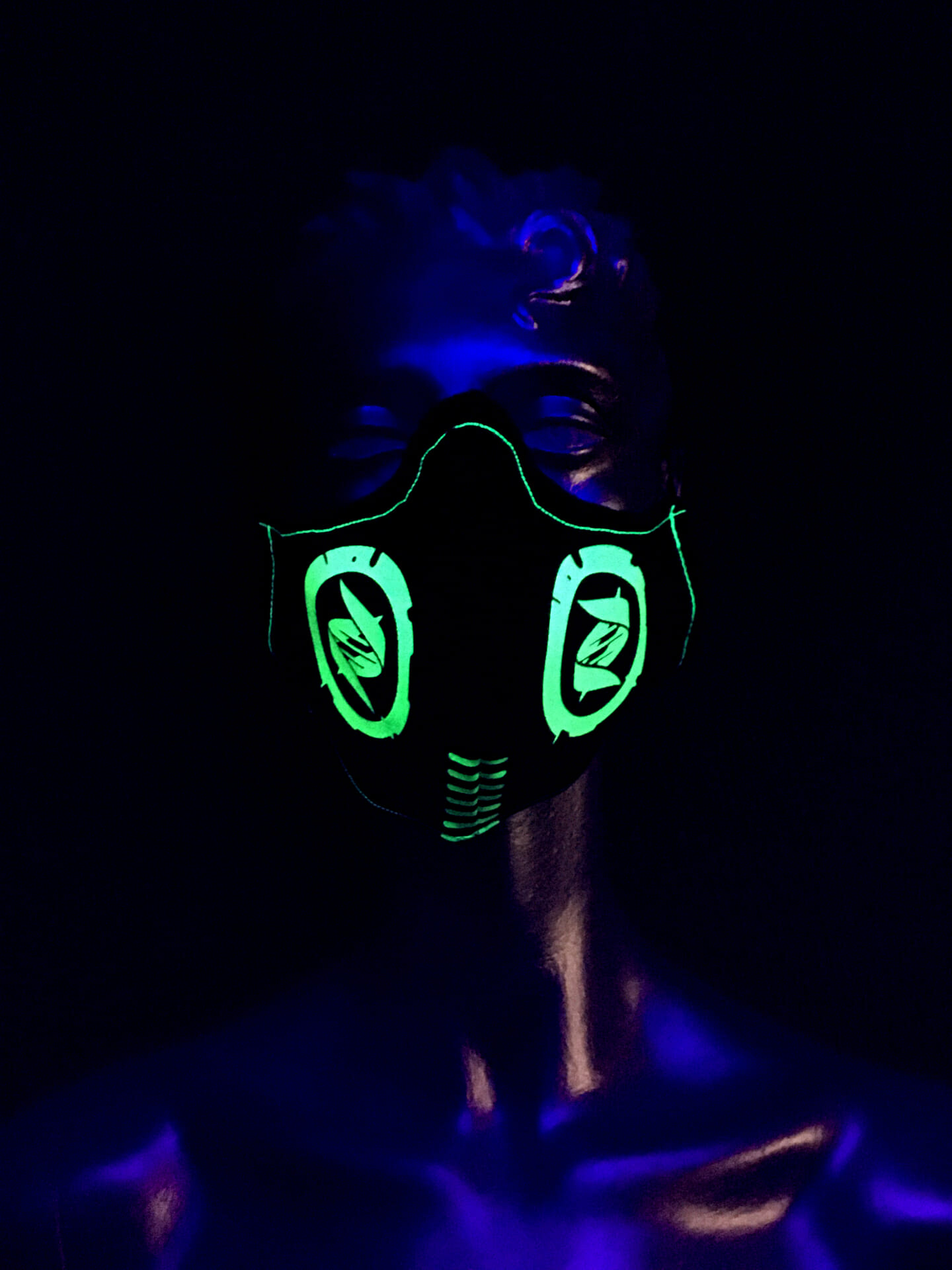 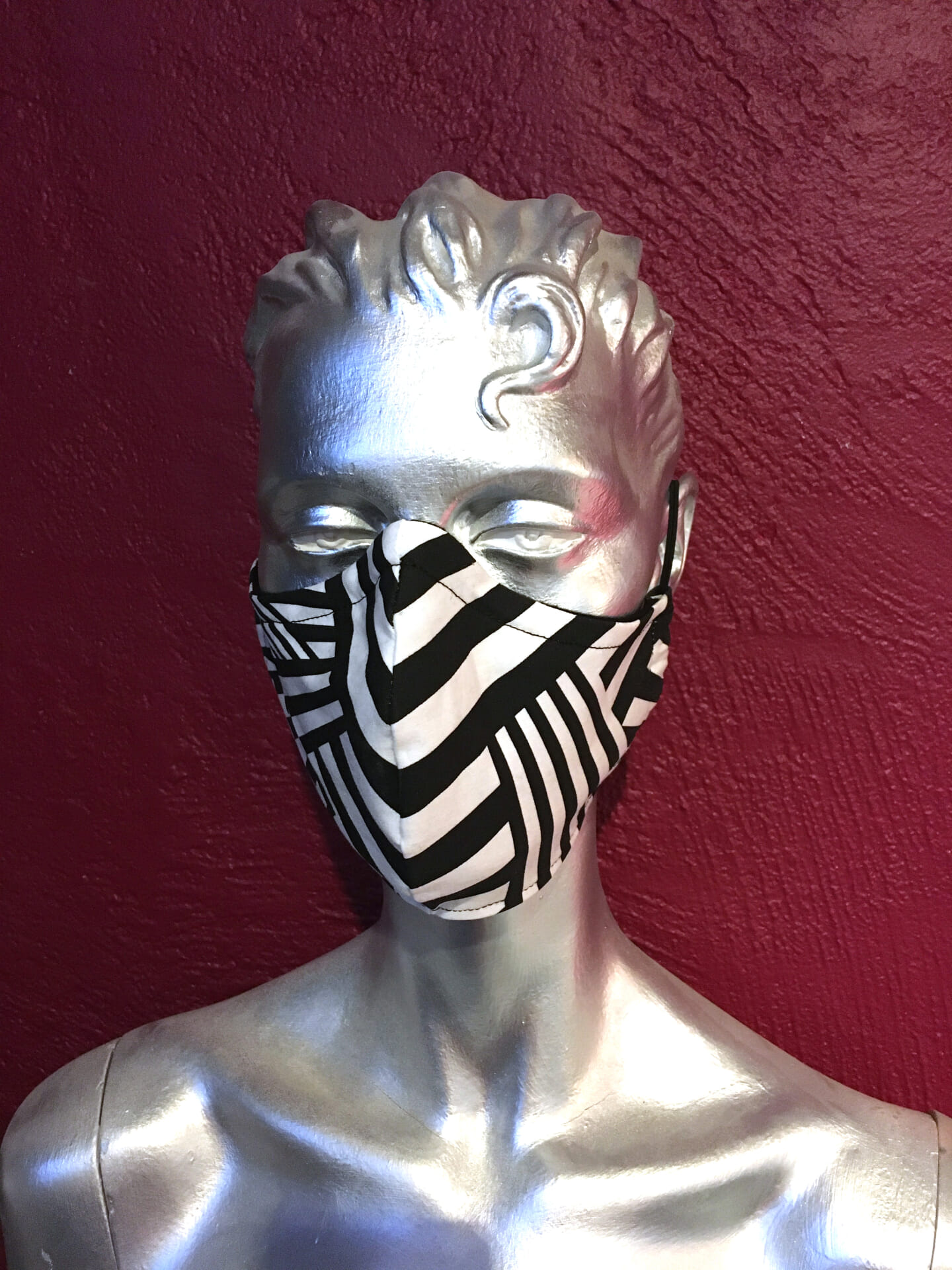 Now would be a great time for you to join our Patreon, or up your contribution. It's one of the few things helping us keep our head above water. I haven't checked the December numbers yet, but for November I only had to print three new membership cards, which... is low.

Please tune in tonight for Kat Robichaud's Misfit Cabaret! It's an early show, 8pm to 9:30pm, and it should be awesome.

We don't have anything NYE-ish going on at Midnight, really, but after the show we will have our normal program of music videos, and I have set up a countdown overlay! So you can go "Woooo" at home. "Woooooo."

It is 'Bonkers' What Americans Believe

The poll asked respondents whether they believe that "a group of Satan-worshipping elites who run a child sex ring are trying to control our politics and media".

No mention of the Reptoids. Interesting.

So that's all going really well

Violet's year-end pandemic roundup is just full of all kinds of great news you may have missed...

Many states did not get the allotments of doses they expected. Worse: the stupidly-named federal "Operation Warp Speed" is moving so slowly that "Adequately vaccinating Americans will take 10 years at current pace," reported NBC News. [...]

"in many places, this first batch of vaccine is set to expire in late January, around the time Joe Biden, who has been criticizing the rollout and promising to accelerate it, is set to take office." [...]

Stanford University deserved all the ire it received when the first vaccine doses didn't go to frontline doctors and nurses but instead went to senior staff working from home (among others), blaming the favoritism on an algorithm. Well oops, they did it again: over the weekend non-clinical and non-frontline affiliates and researchers got the next round of shots in what they are characterizing as a "mistake." [...]

Two weeks ago we saw a new Covid-19 variant come out of the UK and learned that it made this extremely contagious virus somehow even more transmissible; it had traveled to various EU countries by last week. Now it is in the US, identified in Colorado and Southern California so far. [...]

What kind of people are going to restaurants during a pandemic? The worst kind.

"Working at a restaurant in 2020 has meant constant exposure to people who don't take safety, or the health of service workers, seriously. Abigail recalls overhearing a table at her previous restaurant discussing how they recently attended a huge party at a local creek in the hopes of catching COVID-19 and "getting it over with." "I had to warn the server and the bussers to make sure to wash their hands extra after dealing with this table," she says. "It's just so awful." [...]

"He offered to send a C.D.C. team to Wuhan to investigate, but Gao said that he wasn't authorized to accept such assistance. Redfield made a formal request to the Chinese government and assembled two dozen specialists, but no invitation arrived. A few days later, in another conversation with Redfield, Gao started to cry and said, "I think we're too late.""