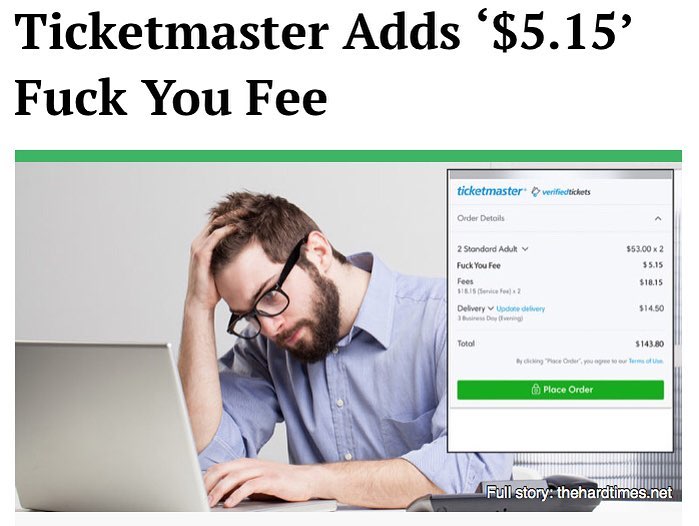 Sure, I'm completely comfortable with clicking "share my medical data with a multinational advertising conglomerate and their partners and subsidiaries", why do you ask?

Once the test was complete, the fan would instruct the lab to deliver the results to their health pass company, like CLEAR or IBM. If the tests were negative, or the fan was vaccinated, the health pass company would verify the attendee's COVID-19 status to Ticketmaster, which would then issue the fan the credentials needed to access the event.

And this part is rich:

For Ticketmaster, two new technologies at the companies will help its clients scale the program. The first is digital ticketing that's linked to a fan's identity, eliminates paper tickets and can be restricted from being transferred or resold.

Of all the fictional things in this article, that is the most fictional. It will never, ever, ever happen. TicketBastard is in the business of scalping tickets and re-selling them for above face value. Tying tickets to the purchaser would destroy their business model.

It's not a bug -- it's the company's entire grift.