2 years ago
I just added a User Account system to the DNA Lounge store. So now when you buy tickets, you can enter a new password too, and it will create an account for you. The next time you log in, it will remember your card and your billing address, so next time, you just log in and hit Buy.

I've wanted this for years, but I kept putting off implementing it because it just sounded like a pain in the ass. There are a lot of moving parts: verifying email addresses, "forgotten password" emails, login throttling, etc. I would periodically search around for some PHP library I could just drop in, but no such luck. The relevant libraries out there all have a list of dependencies as long as your arm, and also mostly seem like someone's "learning experience".

I previously tried to get most of the way there by just having the store save your billing address (but not card) in the browser's localStorage, so at least you wouldn't have to re-enter that. But that wasn't terribly helpful. From what I'm seeing in the logs, it appears that iOS devices tend to erase localStorage pretty frequently: I was seeing months-old session cookies, yet purged storage.

Anyway, I finally just said "fuck it" and knocked out 2000 lines of code in a couple of days. I think it works pretty well. Shit, I think people get VC funding for less. Anyway, let me know if you find any bugs.

Wherein a winnar is us:

You'll only find cocktails named R. Kelly's Tears or the Papa Smurf Cocksucker at DNA Lounge, whose seven -- count 'em! -- seven bars invent original cocktails with names taken straight from the headlines or the material being performed that night on stage. The home of Bootie SF, Hubba Hubba Revue, and Mortified started naming cocktails after internet memes during the "Shut up Woman! Get on My Horse!" craze of 2009, and they've since started mixing political-themed cocktails like the Self Vaxxer or Sing This Collusion To Me. The Valar Starbuckus was recently added after a famous prop accident on a popular zombies-and-dragons TV program. "Well there's your problem right there..."

Both Tempest and Star Wars are dead. I dunno, it's almost as if 40 year old hardware that was designed for a 3 year lifespan has reliability problems! Tempest's monitor died and I thought I had fixed it but I was wrong and now It think something else is wrong too. Star Wars is having a power supply problem, I think, maybe. Investigations are ongoing. Oh, but I did put better coin mechs in all four games, so they should jam up less often. Also I put an NVRAM kit in Pac-Man so that it remembers its high score -- and someone racked up 134,000 last week, which is a pretty respectable score. We're making over a HUNDRED BUCKS A MONTH on these things!! The rains have come and the crops are saved!!

You may have noticed that we're closed tonight, and last night: both rooms dark on a Friday, and a Thursday. That's just fucking tragic. It's because we literally could not find a single event that would have been able to draw 100 people. So yeah, maybe collecting quarters is what we've been reduced to.

Incidentally, we only had three new sign-ups for our Patreon last month, so now would be a great time for you to up your contribution.

You know how we used to sell dog tags? Well if you have one, hang onto it, because they're unobtainium now. We can't find any manufacturer who can reproduce them these days. The old ones had the logo etched into the metal: it wasn't deep, but you could tell, there was some physicality to it. But what all of the dog tag manufactures these days call "etching" is more like "we painted it with enamel, and then lightly scraped off some of the paint". They're awful, so we've discontinued them rather than being awful.

Actually I use the word "sell" loosely here, because over the last two decades we've sold about a hundred of them online, but many thousands of them have left the building...

The other day I was chatting with a guy who said something very flattering about us. He said, "I work at a club in San Jose and we sometimes do events like this but... down there it always feels like 'an EDM party in a club." But at DNA, it's a rave!"

So kudos to our staff for that! It's a very fine line to walk when allowing a party to feel "underground" while also keeping people safe, and they've been doing a great job of it.

Hey, you want to see something depressing? Hemlock has finally been literally demolished: After
The ongoing dismantling of San Francisco's small businesses:

Heisler's workforce is all employees. They have health insurance. She hands over payroll taxes and, additionally, with more than 20 employees, she and her co-owner Krystin Rubin are subject to any number of "employer mandates" this city has chosen to impose on its resident businesses.

"If this was a fair competition, I would be willing to accept it if the consumers didn't want what I had to offer," Heisler says. "But I am not willing to accept being outcompeted by virtue of another sector being given a pass when it comes to compliance with the law."

[...] As such, Newsom's message in the wake of the Dynamex ruling hasn't been "enforce the law." It's been about collaboration and conciliation and creating a blue-ribbon panel to "expand worker opportunity."

That's fun. One could argue that the state Supreme Court's ruling already did just that.

There are a few recent photo galleries. Oh, also mixtapes 203 and 204 saw the light of day since my last blog post, too. 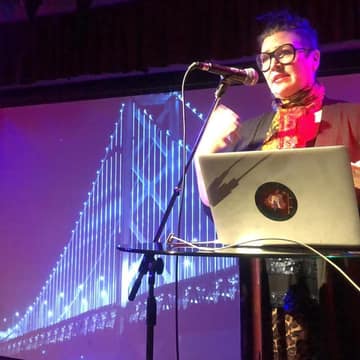 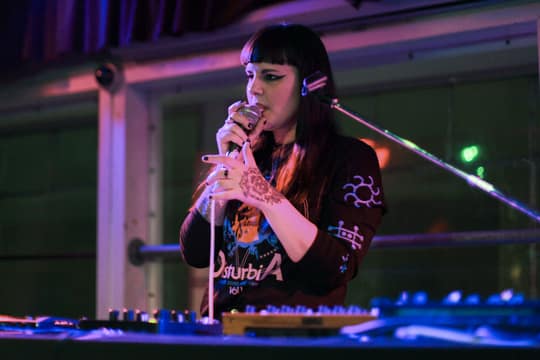 Hante + Box and the Twins 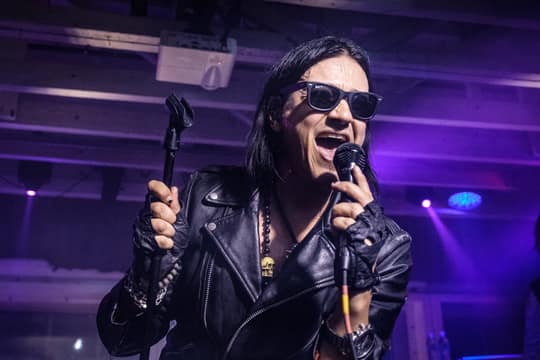 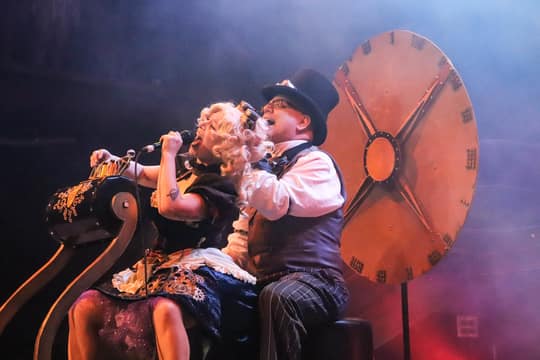 Hubba Hubba Time Machine
I'm perpetually thinking, "Eh, I don't really have much to talk about in a blog post" and then once I start typing, a thousand words comes out. I'd like to post shorter entries more often, but somehow I never end up doing that.
Comment at DNA Lounge
Tags: dnalounge
Location: 37° 46' 15.63" N, 122° 24' 45.70" W