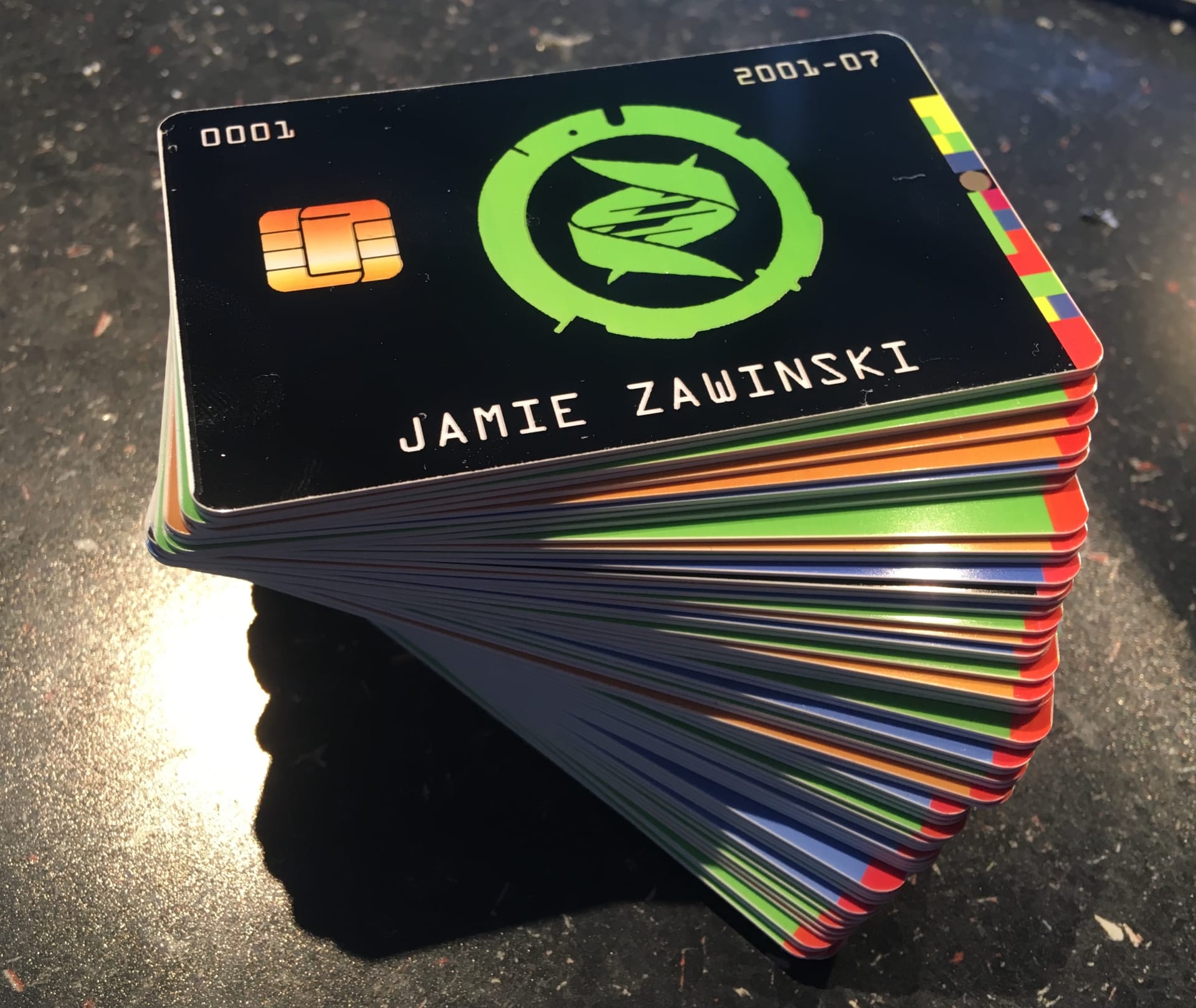 First up: we mailed out the first batch of Membership Cards last week, so many of you should have yours by now! If you wanna get a sexy low-numbered card, go sign up on our Patreon!

Next up: Young's Market, who, along with Southern Wine and Spirits, comprise the complete and total monopoly on liquor distribution in San Francisco, tried to weasel out of their responsibilities on Prop C:

Young's Market Co. said in a letter to its San Francisco accounts that it would be changing its wholesale tax from 0.16 percent to 0.335 percent, effective Jan. 1. The company cited the cost of Prop. C as the reason.

The announcement sent shock waves throughout the local bar community.

"The tone and demeanor of that letter was like, 'F— off, San Francisco, you guys voted for this and now you're going to pay for it,'" said Michael Krouse, who owns Madrone Art Bar, Pop's Bar and Bar Fluxus.

What bothered many bar owners about the Young's announcement was not the numbers as much as the principle: Prop. C was supposed to draw from the pockets of the biggest businesses, not the small guys. "The general public assumed that when this was sold as a tax that would be borne by large corporations -- that that's where the economic hit would be, and they would take it," said H. Joseph Ehrmann, owner of the bar Elixir. "But they're not. All of these suppliers, anybody that sells anything wholesale, is going to pass that down to us."

Krouse added, "Now we're supposed to pay the entire thing for these corporations, and they're not going to pay any of it?"

Young's Market, by the way, has $2.9 billion annual revenue across six states.

The brilliance of Prop C is that it took into account the income inequality plaguing the Bay Area. It only taxes the very richest in our city to tackle an issue that they themselves have greatly exacerbated. And yet Young's Market is trying to shirk their responsibility by passing the tax down to the bar owners, instead of paying it themselves. They're doing this by more than doubling the wholesale tax that bars pay for liquor distribution.

For those unfamiliar with the way the liquor industry works in California, regulations called "tied-house laws" were set up after the end of Prohibition, mandating that distributors act as the middlemen between alcohol manufacturers and bars/liquor stores. The goal of this was to avoid alcohol companies creating monopolies by owning the manufacturing, distribution, and retail of their booze. Unfortunately, it made these middlemen distributors incredibly powerful, and at this point there are two companies who have near monopolies on wine and liquor distribution in San Francisco. One of them is Southern Glazer's Wine & Spirits (which is facing class action law suits in other states for their shady practices) and Young's Market Co. There's a similarly broken system for beer distribution, but that's for another time.

This provoked a massive push-back from their customers over the last few weeks -- and by "customers" I mean "the bars who are legally required to be their customers" -- and Young's backed down. For now. But I'll bet it comes back in some other, more hidden form.

This is exactly the same kind of behavior as the "healthcare surcharge" you see on the receipts at shadier restaurants.

When you're running a business, sometimes your expenses increase. Your rent goes up. Minimum wage goes up. The price of limes skyrockets for some weird reason. And sometimes, when your operating costs or cost of goods go up, you need to raise prices. That's life.

But when San Francisco passed the "Healthy SF" ordinance, requiring businesses above a certain size to provide healthcare for their employees, the response of some restaurants was to passive-aggressively break that out on the bill as its own line item (and then many of them just pocketed the money anyway). Instead of just raising the prices of their products in a normal way, they tried to pretend this was some completely other thing, hoping that would make you mad at "the libs" instead of them.

To their credit, though, these places also all itemized out "transportation costs" when gas hit $4.50/gallon, and reduced their prices when gas got cheaper again.

Man, the Yoshi's grift is strong. I still don't fully understand the scope of this con; it feels like most of this iceberg is still lurking below, but a few more chunks have calved off recently. First some background. In 2009, I wrote:

You may have heard of this jazz club called Yoshi's. They've had a place on Fillmore for a year and a half or so. Well gosh, it turns out that they had kind of a hard time last year! Their business was a bit down from their expectations, you see, what with the recession and all. So the San Francisco Redevelopment Agency just gave them a $1.5 million "emergency" loan!

That's on top of the $6 million in loans they had already given them.

Back up. They were open for a year and a half. In that time they managed to burn through six million dollars. Then they came back to the City and said "Hey Buddy, can you spare another million and a half?"

I'm struggling for my life here, and my city government just gave another nightclub seven and a half million dollars.

Come on. Where's my fucking bailout?

Yoshi's closed in 2014, having paid back none of those "loans". But Yoshi's Oakland still exists, so how did they manage that? Well as far as I can tell, they "sold" the club to a newly-formed corporation 3 months before they closed, and then that corporation went bankrupt and defaulted on the loans that it had just purchased. That shell-game seems far too transparent to actually get away with, but apparently it's not.

(You may have heard that Justin Herman Plaza is being renamed, because people are finally tired of it being named after a guy who gleefully displaced over 4,000 people while saying, "This land is too valuable to permit poor people to park on it.")

Well, wherever there is government money intended for reparations, there are con men looking for their taste.

So the vacant Yoshi's space is now called the "Fillmore Heritage Center" and the grift rolls on:

A Fillmore District businessman who made four attempts to purchase the long-vacant Fillmore Heritage Center has sued city officials including Mayor London Breed for alleged fraud and cronyism in the bidding process that led to its recent takeover by a group of community advocates. [...]

Shiferaw alleges The City granted control of the center to "entities whose chief qualification is that they are friends and supporters" of Breed. [...]

Shiferaw's is one of several lawsuits surrounding the center, one of the last projects built under The City's redevelopment program. Once hailed as an anchor space and an opportunity for economic growth, in recent years it has earned a reputation as the neighborhood's "million dollar blight."

City Attorney Dennis Herrera last August sued the center's developer, former Yoshi's owner Michael Johnson, to recover a $5.5 million loan from the U.S. Department of Housing and Urban Development which, along with city funding, was used to build the $80.5 million project in 2007.

Among the claims laid bare in the lawsuit, which the community blog New Fillmore first reported, is that the defendants "defrauded San Francisco City taxpayers by simply erasing a $4.8 million loan to the former proprietor of Yoshi's SF (anchor tenant of the Fillmore Heritage Center), hidden from public scrutiny, in order to re-secure control of the property in preparation for re-offering it as a prize to political supporters."

To be clear, Yoshi's was never a "jazz club", despite what their grant applications presumably claimed. It was just a plain old general-purpose concert venue, with maybe a slightly higher percentage of jazz than all of the other places in town.

Part of the way to make this grift work -- besides the weird politics of the Fillmore District -- is that by claiming to be a "jazz club" you get to be listed under the heading of "culture" rather than under mere "nightlife". And if you're trying to bilk the taxpayers and the charities, you definitely want to be rubbing shoulders with the people who get their deductions by throwing money at the opera and the museums, rather than those of us down here in the trenches with the little people.