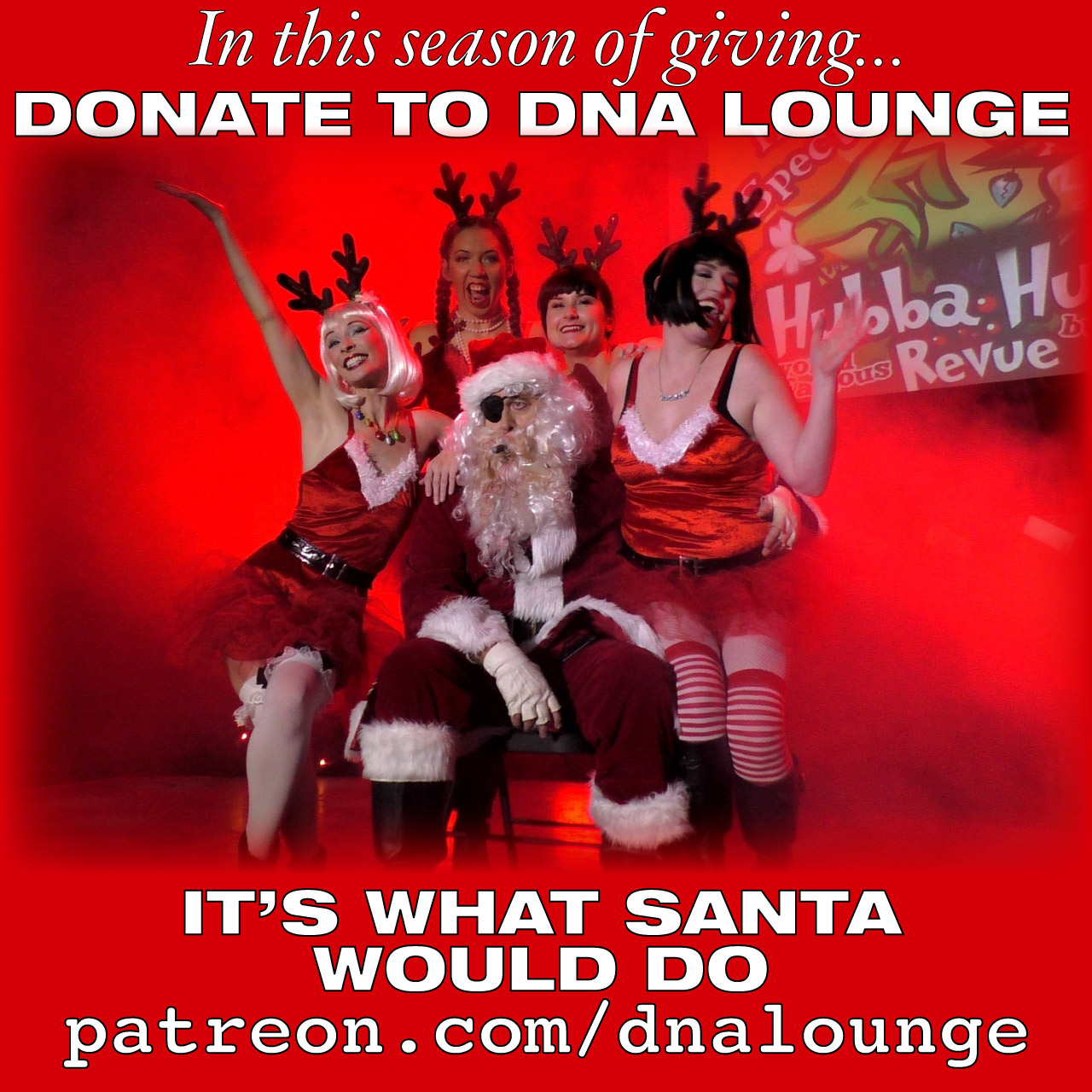 Sam Lefebvre wrote article for KQED's Year In Review: In 2018, Corporate Monotony Seized San Francisco Music Venues. It's a followup to his previous article on this topic, which he told me was inspired by my blog post about it.

Less than a year later, three of those 18 independent clubs have shuttered or announced impending closure. The closures of the Hemlock Tavern, Elbo Room and Mezzanine all involve plans for redevelopment -- the latter venue's landlord plainly told KQED that Mezzanine doesn't earn him as much as offices.

To Zawinski, Slim's and GAMH ceding to Goldenvoice is practically the loss of two civic treasures. Other industry figures agree, lamenting the takeover as if the venues had shut down outright. [...]

Goldenvoice and Live Nation's diversified businesses -- the latter made $2.1 billion in ticketing fees last year alone, according to its shareholder report -- are so anticompetitive, they've prompted criticism from legislators on antitrust grounds. [...]

[Bedard's] corporate successors at Great American Music Hall, by contrast, aren't even pretending to support grassroots music scenes in San Francisco. Earlier this year I asked Danny Bell, a Goldenvoice talent buyer in San Francisco, if Great American patrons should expect the sort of local programming that Bedard brought to the venue. "Is it a priority? It's tough to say," Bell said. "I think it just naturally happens." [...]

"Even if a venue is thriving, there's the looming question of how much more the landlord can make by redeveloping the property," Bedard said. "It's bigger than the music industry."

Not precisely music-related, but here's another closure driven by real estate speculation that also makes me very sad: After 91 years on Mission Street, Siegel's Clothing Superstore to shutter. "The building was purchased in mid-November by one William Chin of Venice Beach Townhome LLC."

I mean -- NINETY ONE YEARS. Also it is a fantastic store!

Back to Live Nation, their subsidiary Ticketmaster claims that their clickwrap agreement makes them immune to class-action lawsuits, because that's reasonable, just, and not at all shady:

Allen Lee is among ticket buyers now suing Ticketmaster and its parent, Live Nation, after undercover reporters from Canada's CBC and the Toronto Star detailed how Ticketmaster facilitates scalpers in order to gain a second cut on sales. The lawsuit claims violations of the Cartwright Act, California Penal Code and unfair and fraudulent business practices. [...]

The defendants maintain that "the applicable Terms contained a provision by which Plaintiffs expressly agreed to submit their claims to binding arbitration, and waive any right to a jury trial or to participate in a class action."

Meanwhile, in Berlin, here's what it looks like when government cares about their city's music culture:

The goal of the Noise Protection Fund is to "preserve the Berlin club culture by promoting noise abatement measures and to ensure the long-term compatibility of living space and club operations in the immediate vicinity."

As of today, Berlin clubs can apply for a public grant that may supply each venue with €50,000 or €100,000 "for projects of extraordinary importance" that will go towards the installation of soundproofing refurbishments in and around their respective nightclubs.

These renovations include sound-absorbing installations in music venues and noise barriers in outdoor areas, as well as soundproofing windows for local residents. Once the application is submitted, a panel of experts will decide on the approval or rejection of the application.

All this talk of venues closing reminded me of this Nerd Night talk by Dan Strachota, long-time talent buyer at Rickshaw Stop: San Francisco's Deceased Music Venues. It's 20 minutes long, and both sad and really entertaining! Trigger warning for 90s nostalgia.

In summary: contribute to our Patreon so that we don't get added to one of these fucking lists!