DNA Lounge: Wherein it's our birthday, and SF is losing another venue.

4 years ago
Mezzanine just announced that they will be closing in October, 2019:

"I was disappointed that the owners of the building didn't give me an opportunity to renegotiate a new lease. I was further disappointed that my request for a three-month extension, so that we could close out 2019 was rejected." Owner Deborah Jackman said in a statement, "What I find most disturbing is that Mezzanine, like so many other cultural institutions, has fallen victim to corporate greed and commercial development."

The building owners are working with Colton Commercial & Partners Inc who are looking to replace the venue with commercial office space in hopes to maximize rent at a 600% increase. Their decision marks an all too familiar story for venues in the Bay Area that have been forced to close in recent years due to commercial development.

So that is some tragic, predatory bullshit.

It can only be out of pure spite that their landlord won't even let them stick around for two more months to have a final New Years party. That's one of the most profitable nights of the year for any venue, and to not even throw them that bone is just intentionally cruel. That's some Ebenezer Scrooge shit right there.

So that's one more independent venue down, further cementing the stranglehold that Live Nation, AEG and APE have on SF live music, as our city continues its descent into being nothing more than a bedroom community for Mountain View.

Apparently there are people who look at San Francisco and its myriad problems and think, "You know what this place needs? More high-end office space." 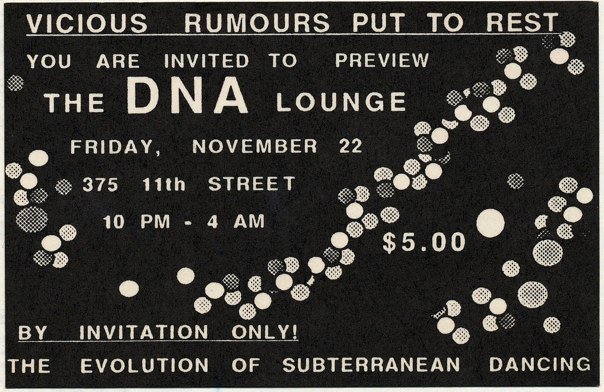 In DNA Lounge news -- we're not quite dead yet?

And tomorrow is our birthday! Go us! DNA Lounge opened for business thirty-three years ago, on November 22, 1985! Check out some photos from opening night.

We have also been served an eviction notice... from our ISP. (Heyyyo!) I had to move our web server, mail host and whatnot to a new provider. It was terrible, but it seems to be mostly working now. Let me know if you notice any weirdness.

In particular, since it's a new mail server, you might not be getting our emails. Check your spam folder.

Also, we're considering hiring someone to improve our marketing and social media game. Is that you? Here's the ad.

I hope you'll be joining us tonight at Dark Sparkle to get your pre-turkey goth on. November and December are traditionally under-attended months for us, so please try to drag your butts off the couch: we could really use the business, and you don't want us to turn into office space too, I'm guessing.

Did I mention our Patreon? Because we have a Patreon. 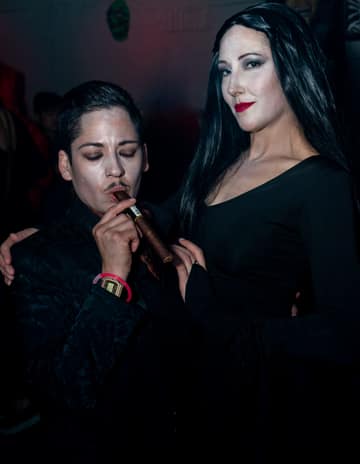 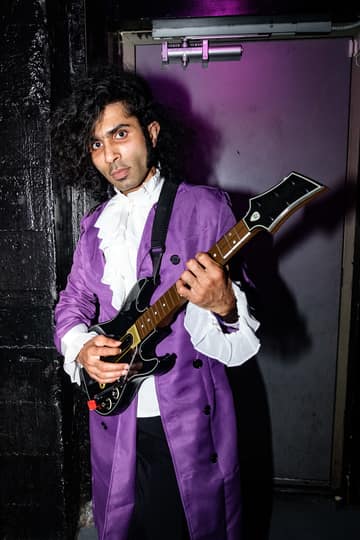