By the numbers: that's 1,625 audio tracks on the first 75 mixtapes, and then 2,732 videos on the next 125 mixtapes, for a total running time of just over 12 days. That averages out to pretty close to my goal of 90 minutes each, at an average of one every six weeks.

I wanted to do something to commemorate the bicentennial (bicentapial?) so here's a double-length mixtape (a pair of C90s) comprising The Greatest Music Videos Of All Time.

Ok, it's not really that, because there are two fundamental problems with that concept:

"They all bought BOY shirts and BOY knives running around like wolf packs burning, looting, killing, it spread everywhere all that summer in Marrakech, the city would light up at night, human torches flickering on walls, trees, fountains, all very romantic, you could map the dangerous areas sitting on your balcony under the stars sipping a scotch. I looked across the square and watched a tourist burning in blue fire. They had gasoline that burned in all colors by then... Just look at them out there all those little figures dissolving in light. Rather like fairy land isn't it, except for the smell of gasoline and burning flesh." ibid.

So here are some music videos. Are they great? Absolutely, and I'll fight anyone who says different. Greatest Of All Time? Maybe, maybe, maybe.

I love these videos for all kinds of reasons, but I tried to avoid falling into the trap of including a B- video because it's an A+ song. (As it happens, I also think these are all great songs, so perhaps I wasn't as objective on that as I could have been).

I didn't put these tracks in order of any kind of rank, because I thought that making a listenable mix was a better way to go.

Enjoy your next three hours:

4 years ago
A hacker might do something untoward with them.

Me too, damp advertising remnant. Me too.

It is the boldest tactic in a campaign that began with improving lighting, moving phones away from problem areas, then disabling phones so they cannot receive incoming calls. About a quarter of Nynex's 8,400 street phones do not take incoming calls. Now the company is taking rotary pay phones, which are no longer made in the United States, out of storage.

"The rotary dial is a step backward technologically, but it prevents a drug dealer from paging a customer or runner," said Steven Marcus, a Nynex spokesman, who said the change was made as "an absolute last resort," since the phones cannot take advantage of many new services, like voice mail, that rely on push-button phones.

Phone company officials acknowledge that the rotary-phone tactic is not foolproof: callers can use a device called a tone dialer, which is sold for about $15 at electronics stores, to send tone signals over a phone with a rotary dial. But they say the devices do not appear to have caught on. [...]

"Sleazeballs congregated there, and they're not the kind of people you want hanging out on your corner," said Jay Devlin, an actor and a writer who, as president of the 45th Street Block Association, led the fight to persuade Nynex to bring rotary phones back to his corner in the Times Square district several months ago.

Make it up in volume!

The internet age has allowed the perfection of this particular fraud:

In fact, markets are now kind of used to the idea of investing large sums of money into companies based on multiples of active users -- not even revenue -- meaning that you can run this fraud by paying your buddy money just to look at your website a lot. [...]

Perhaps it is wrong, and the venture capitalists are confused, seduced by a few examples of success but underestimating the difficulties. Or perhaps it is a charitable redistribution of wealth in which rich venture capitalists effectively donate their money to the middle class in the form of underpriced Uber rides or free movie tickets.

But perhaps the analysis is even simpler: Pay someone a dollar in customer-acquisition costs, have him pay you back a dollar in revenue, sell that dollar of revenue to investors for $8, and you're rich.

4 years ago
Are any of you successfully using the Postmatic Social Commenting WordPress plugin? It's the thing down at the bottom that lets you log in for comments with FB, Twitter, etc.

It hasn't been working, so I posted to the bug forum, and then noticed that I had posted the same thing there 11 months ago. Oops. So I'm guessing the developers are MIA.

Is there something else that does the same thing that works?

Obviously I don't do "real" authentication on comments here (you can type whatever name and email you want) but I liked this plugin because it made "don't lie" be just one click. 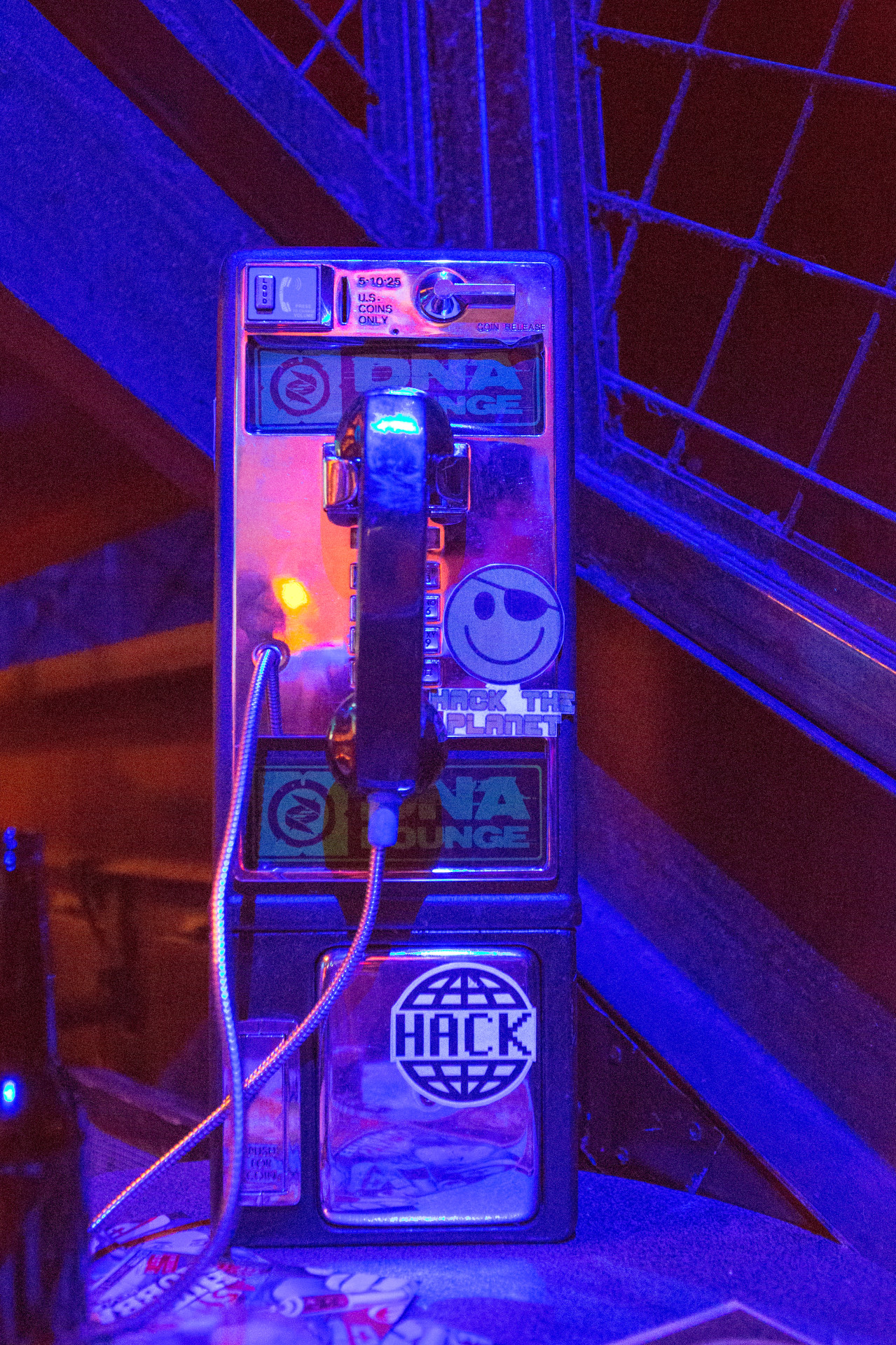 This is perhaps the most obscure, specialized question I have ever asked.

Dear people who own or have opened payphones:

Well a friend and I spent literally an hour failing to seat the case. We can't get the fucker to latch. The bottom left is poking out by less than .5mm. Maybe something is bent but I can't tell what.

Is there a trick I'm missing?

Because my plan B at this point is to find someone with a welding torch to cut the interlock teeth off and "secure" the thing with a single screw.

Please save me from committing this atrocious act of mutilation.

I am attempting to use Amazon SES as my first-hop relayhost out of Postfix, since many sites are preemptively blocking connection from my EC2-hosted mail server. I have done the DNS dance, verified my domains and DKIM, and when my instance sends mail with any address ending in @dnalounge.com in the From: line, it is accepted by the SES relayhost and delivered. That's fine.

But none of my employees can receive mail, because this happens:

"From: foo@bar.com; To: employee@dnalounge.com" arrives at my mail server. The aliases file leads me to forward that message along to employee's real address, example@gmail.com. So then SES says: