"The issue isn't the appropriation of Satanic religious symbols to portray beliefs and activities that bear no relation to what the practitioners of Satanism believe," Greaves tells SYFY WIRE in an email. "We don't own Satanism and we can only try to educate people as to what Satanism means to those who identify with it when we're countering irresponsible fictions that feed real-world moral panics.

"It's one thing that there's another ignorant television portrayal of a Satanic Panic-style Satanic cult that engages in cannibalism, but it is another thing that they've used our unique and copyrighted Baphomet monument as the central icon of that cult," he continued. "We spent a year and a half designing and financing our monument, which has become a central image of our own organization. To see it appropriated as 'the Sabrina monument' while associated with cannibalistic rites is unacceptable. We owe it to everybody who identifies with us to rectify this situation." [...]

Both the real-life and TV statue are clearly the offspring of illustrations and wood carvings that date back hundreds of years, but the resemblance between the two is remarkable. [...]

The Temple's statue was first commissioned in 2014 to protest the installation of a Ten Commandments monument on the grounds of the Oklahoma state capitol, with the reasoning being that if one religious icon could be displayed there, others could as well.

When the Commandments monument was removed, the nine-foot-tall, 2,000-pound, bronze Baphomet statue was completed and debuted at the Detroit chapter of the Satanic Temple a year later. It was parked outside the Arkansas state capitol earlier this year to protest another Ten Commandments monument.

It's a great show, though!

Update: Church of Satan notes, "That's not us, leave us out of it."

A monkey walks into a bar...

This is Vladimir Putin and I approve this message.

One of Facebook's major efforts to add transparency to political advertisements is a required "Paid for by" disclosure at the top of each ad supposedly telling users who is paying for political ads that show up in their news feeds. [...]

VICE News applied to buy fake ads on behalf of all 100 sitting U.S. senators, including ads "Paid for by" by Mitch McConnell and Chuck Schumer. Facebook's approvals were bipartisan: All 100 sailed through the system, indicating that just about anyone can buy an ad identified as "Paid for by" by a major U.S. politician.

What's more, all of these approvals were granted to be shared from pages for fake political groups such as "Cookies for Political Transparency" and "Ninja Turtles PAC." [...]

There was one "Paid for" disclosure that Facebook didn't approve in our latest test. They denied, just a couple minutes after we submitted it: Mark Zuckerberg.

1 year ago
The Internet Archive emulates Vectrex in your browser now.

Hundreds of teeth found in wall

I'm pretty sure this is from the Henry Rollins story, "That time Ian MacKaye got us fired from our summer job as dental hygienists."

Workers were readying commercial space at the T.B. Converse Building, located on North Patterson Street in Downtown Valdosta, when they found an estimated 1,000 teeth buried in a second floor wall. [...]

Greensboro and Carrolton, two Georgia cities, both have had buildings where teeth have been found in the walls, Hill said. She said those buildings were former dental offices.

"I'm not sure if it was a common practice between dentists at that time, but it's very strange that there were two other people that said, 'Hey, we've had that happen, too,'" she said.

DNA Lounge: Wherein it's the spooookiest time of the year!

1 year ago
As is traditional, Halloween is a week-long affair for us here at DNA Lounge. We've got you covered: 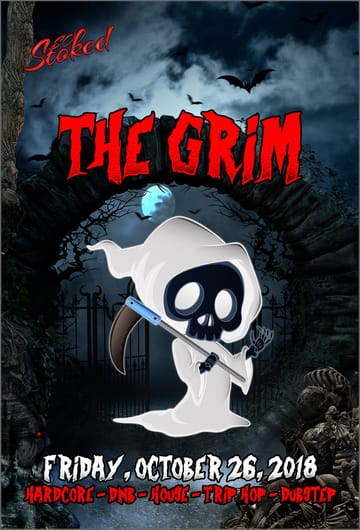 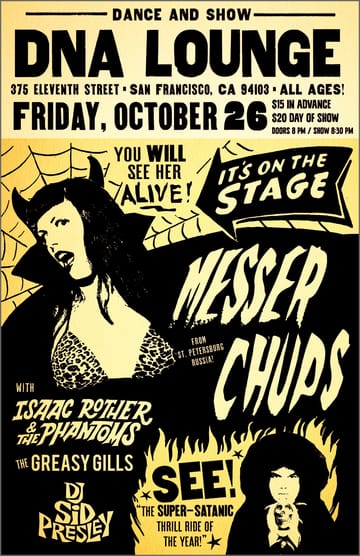 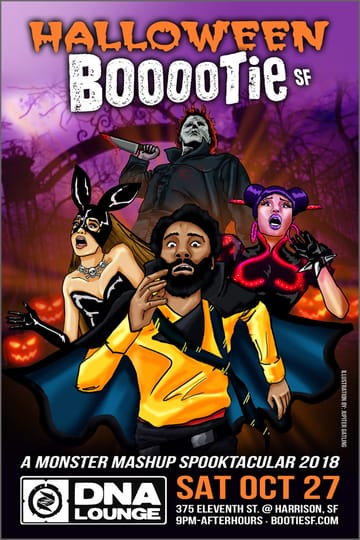 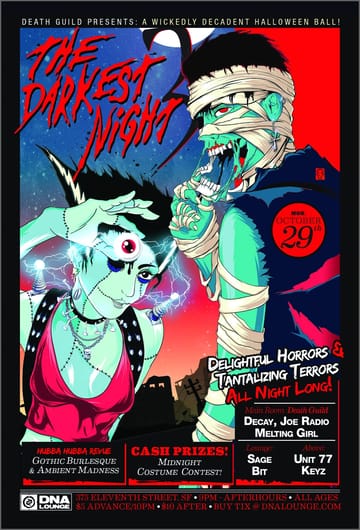 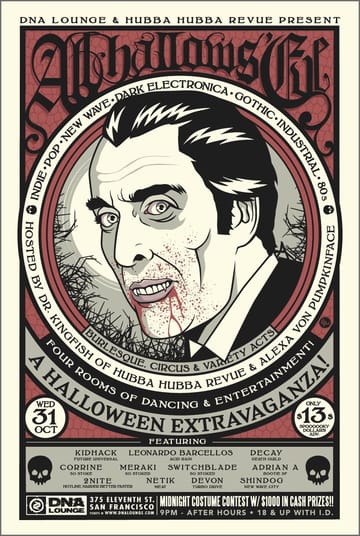 Wednesday
All Hallow's Eve
Our Main Event!
So to recap:

If none of that floats your boat, I think you should seek help.

Did you know that there's only one Spirit store in SF this year? I mean, it was never very good, and we have better costume shops in town, but one? There used to be one every six blocks! This used to be a Halloween Town. What is this world coming to.

A friend is DJing a Halloween-themed event tonight and I asked, "Do people dress up for that?" He said, "No, it's a college crowd, so if they dress up at all it's just in a fuckin' onesie."

You can do better, San Francisco. Show us what you got.

Do APIs ever expand? Or do they only ever contract, until they might as well no longer exist? We see this again and again, nearly continuously: Twitter's API getting shittier and less useful every day; Twitter executing all third-party apps; Google killing RSS and XMPP; Facebook crippling cross-posting to or from anywhere else; and now Youtube has started turning off video embedding parameters. Oh look, we gave people the ability to turn off all the useless shit we were spamming them with and they were actually using it. We must correct their terrible preferences by making our awful and spammy UI choices be non-optional.

Note: This is a deprecation announcement for the showinfo parameter. In addition, the behavior for the rel parameter is changing. Titles, channel information, and related videos are an important part of YouTube's core user experience, and these changes help to make the YouTube viewing experience consistent across different platforms.

The behavior for the rel parameter is changing on or after September 25, 2018. The effect of the change is that you will not be able to disable related videos.

The showinfo parameter, which indicates whether the player should display information like the video title and uploader before the video starts playing, is also being deprecated. Following the change, the channel avatar and video title will always display before playback begins, when playback is paused, and when playback ends. The avatar being displayed is new behavior that will be consistent across all embedded players.

What all this really means is that the thumbnail image of your small embedded video will be completely obscured by 24-point type and happy user faces and links to other videos so that you can't actually see the thumbnail of this video. It's just fantastic.

Sure, it's a minor annoyance, but for fuck's sake, why would they do this? (That's a rhetorical question. We all know the answer is that some shitheel ran an A/B test and found that if you cover everything with links, some people are going to accidentally click them, and then you have more clicks and that's all we care about, right? Clicks clicks clicks clicks.)

This really is the stupidest timeline. It's like they're not even trying any more.

National Transportation Safety Board spokesman Terry Williams said the agency was "in the very early stages of the investigation and will have more information tomorrow." Officials identified the plane as a North American SNJ-5 (T-6), a trainer aircraft used by the U.S. Army Air Forces, U.S. Navy, Royal Air Force and others during World War II.

Chris Rushing, president of the nonprofit Condor Squadron, said the plane belongs to his organization. According to its website, the group was formed in 1965 to preserve World War II history.

"The pilot obviously had a catastrophic failure and had to put it down on the 101," Rushing said. "Thank God he's OK and no one got hurt on the ground." Rushing said the pilot, whom he identified as Rob Sandberg, was able to get out of his plane.