PseudoColor: is it still a thing? 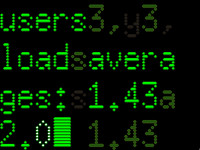 Dear Lazyweb, do X11 PseudoColor displays still exist in the real world? Does that even work on modern Linux GUI desktops?

My guess is that even the bittiest bittybox 5v microcontroller from the last decade that is capable of running Unix has an HDMI output and a 24-bit-deep TrueColor frame buffer.

And therefore I no longer have to worry about breaking compatibility with, like, pre-ANSI SunOS 4 systems in current XScreenSaver releases.

"Asexuality is a fantastic short-term strategy."

Before about 25 years ago, the species simply did not exist. A single drastic mutation in a single crayfish produced the marbled crayfish in an instant. [...] "We may never have caught the genome of a species so soon after it became a species," said Zen Faulkes, a biologist at the University of Texas Rio Grande Valley, who was not involved in the new study. [...]

As marmorkrebs became more popular, owners grew increasingly puzzled. The crayfish seemed to be laying eggs without mating. The progeny were all female, and each one grew up ready to reproduce. [...] "People would start out with a single animal, and a year later they would have a couple hundred," said Dr. Lyko. [...]

The scientists concluded that the new species got its start when two slough crayfish mated. One of them had a mutation in a sex cell -- whether it was an egg or sperm, the scientists can't tell.

It grew and thrived. But instead of reproducing sexually, the first marbled crayfish was able to induce her own eggs to start dividing into embryos. The offspring, all females, inherited identical copies of her three sets of chromosomes. They were clones.

Thanks to the young age of the species, marbled crayfish could shed light on one of the big mysteries about the animal kingdom: why so many animals have sex. Only about 1 in 10,000 species comprise cloning females. Many studies suggest that sex-free species are rare because they don't last long. [...]

There are a lot of clear advantages to being a clone. Marbled crayfish produce nothing but fertile offspring, allowing their populations to explode. "Asexuality is a fantastic short-term strategy," said Dr. Tucker.

Scene missing! A video in this post has disappeared. If you know of an accessible version of this video (search), please mail me so that I can update this post.
7 Comments
Tags: computers, mad science, mpegs, scene missing, toys

GW: With digital editing, it is now possible to create a situation where you could jam with any artist from the past. Would you ever consider doing something like that?

0{+> : Certainly not. That's the most demonic thing imaginable.

Everything is as it is, and it should be. If I was meant to jam with Duke Ellington, we would have lived in the same age. That whole virtual reality thing... it really is demonic. And I am not a demon. Also, what they did with that Beatles song ["Free As a Bird"], manipulating John Lennon's voice to have him singing from across the grave... that'll never happen to me.

To prevent that kind of thing from happening is another reason why I want artistic control.