Three men accused of plotting to bomb a mosque and apartment complex housing Somali refugees asked a federal judge Friday to include prospective jurors from rural western Kansas because they are twice as likely to have voted for President Donald Trump. [...]

Gavin Wright, Patrick Stein and Curtis Allen are charged with conspiracy to use a weapon of mass destruction and conspiracy against civil rights for allegedly planning to detonate truck bombs in the meatpacking town of Garden City the day after the November 2016 election. Wright also faces a charge of lying to the FBI. [...]

Defense attorneys argued the case will require jurors to weigh whether the alleged conduct constitutes a crime or whether it is constitutionally protected speech and assembly and the right to bear arms.

Some elves just want to watch the world burn 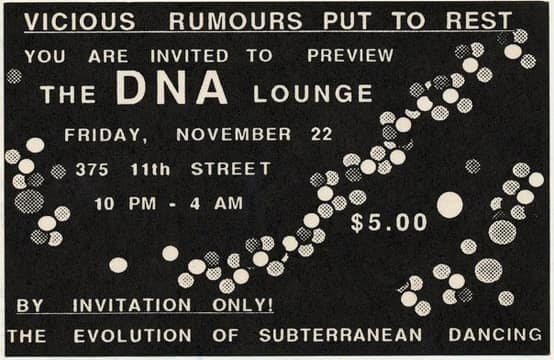 Thank you to the Board of Supervisors, Supervisor Jane Kim, and the Small Business Commission for this honor!

What's a Legacy Business, you ask? It's a San Francisco program to help historic small businesses stay open, in the face of the changes the city is going through. The Office of Small Business says:

San Francisco is a world-class city known for its many distinctive neighborhoods. Contributing to the uniqueness of the city are the people, architecture, streetscape, geography, weather, transportation, history, culture -- and businesses. San Francisco wouldn't be San Francisco without its many independent, locally-owned businesses.

In her book The Death and Life of Great American Cities, Jane Jacobs remarked on the importance of neighborhood businesses: "The trust of a city street is formed over time from many, many little public sidewalk contacts. It grows out of people stopping by at the bar for a beer, getting advice from the grocer and giving advice to the newsstand man, comparing opinions with other customers at the bakery and nodding hello to the two boys drinking pop on the stoop."

Our neighborhood businesses -- including retailers, service providers, manufacturers, nonprofit organizations, and more -- are the places that give the city its character. They're the bedrock of our communities and a draw for tourists from around the world.

Preserving our legacy businesses is critical to maintaining what it is that makes San Francisco a special place.

This is a great program, and I'm glad San Francisco does things like this! It's a breath of fresh air, given how difficult it is to run a business in this town for so many reasons.

Businesses that qualify and are approved become eligible for certain grants, including some that behave a bit like rent control. (You may not realize that rent control doesn't exist for commercial leases: it's a residential thing only. Commercial leases have no restrictions, by state law.)

So this is great news, and we're in the process of looking in to that whole grant situation.

In the meantime, I thought I'd share with you our application to the program. I had to write a long essay explaining the first thirty-two years of our history. You've probably read some of this before -- there was some cutting and pasting, and it's a little repetitive because of their submission format -- but it's a more concise version of our long history than what has appeared in other places:

h. How would the community be diminished if the business were to be sold, relocated, shut down, etc.?

Because we take chances on such a wide variety of events, losing DNA Lounge would mean that those events would have a difficult time finding new homes. Some of them would probably end up in underground, unlicensed and unsafe spaces. Some might not happen at all.

Many different subcultures have made their home here over the years, and would find it tragic to have to scatter to multiple less-welcoming places.

Due to the concentration of entertainment businesses on Eleventh Street, all of the businesses benefit from each others' presence. For example, DNA Lounge's restaurant always gets more business when Slim's has a show, and Butter gets a lot of business from folks who begin their evening there before heading across the street to DNA Lounge. If DNA Lounge were not here, it would significantly reduce the number of people patronizing our part of SOMA. The fact that our block is bright and loud and active is part of what makes it safe.

CRITERION 3
a. Describe the business and the essential features that define its character.

DNA Lounge is an all-ages nightclub, concert venue, and 24 hour restaurant and cafe. We have four different performance spaces, including two stages.

The thing that most defines the character of DNA Lounge is the diversity of entertainment we host here. Whereas most venues specialize on either live concerts or dance parties, we have always regularly done a mixture of both, as well as other kinds of stage performances, lecture series, circuses, robotic exhibitions, dance performances, hair shows. We always strive to provide a home for a whole lot of truly amazing art.

We've had many years of the most diverse, weird, interesting calendar of any venue anywhere.