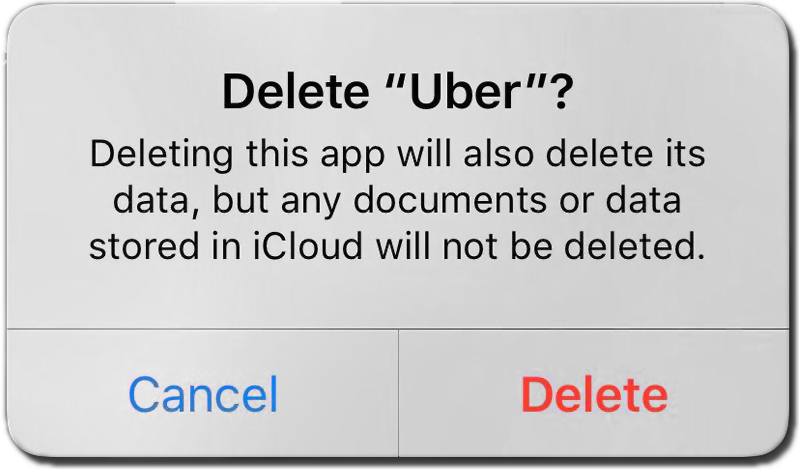 We find ourselves in an unfortunate position of no longer being able to do deliveries of DNA Pizza, because Uber is flexing their monopolistic muscle in an attempt to take over an unrelated industry!

Since we opened DNA Pizza in 2009, we've done online ordering through all of the popular online ordering sites: Eat24, Grubhub, whatever. A new service would pop up and say, "We offer exactly the same features in as every other site that does this, you should list your menu here!" and we'd say, "Ok, why not".

Sometimes people go to dnapizza.com looking for a way to order from us, but often people go to whatever ordering site they used last, and type in "pizza", so it behooves us to be listed on as many as possible.

These sites gather the order, charge the credit card, take a percentage, send the order along to us, and then we deliver it.

(And one of the nice things that Eat24 did, and none of the others do, is if the referrer on the click came from our site, they didn't take a cut -- because in that case, it's clear that we drove the traffic to that order rather than them. That was cool of them.)

For actual delivery, in the early days, we hired our own delivery drivers. This is a huge pain for a few reasons:

Then we started using Uber:

We hired in-house drivers from 2009 until early 2014 when we transitioned over to using Uber as our delivery service. It works how you think: You tell them you have a pick-up, and they come and get it.

It worked as badly as you think, too. Because Uber has thousands of drivers, and terrible employee retention, just about every time you called one, you got someone who had only been on the job for a week and had literally never driven in San Francisco before. Customer satisfaction was, shall we say, not great. Now, to be clear, when we had in-house drivers, they were pretty terrible at their jobs too. But Uber was largely worse. At least, though, they gave us some cover, because when we apologized to the customer that the driver hadn't bothered ringing the bell, or had carried the pizza box sideways, we got to blame it on Uber, and bond with the customer over, "Fucking Uber, man."

I absolutely despise Uber as a company. They make San Francisco worse in every way. But I didn't have a better option, so I held my nose and worked with them anyway. (Foreshadowing!)

We looked around for other delivery services that a restaurant could use to outsource their deliveries, and there were only a few, but every one of them used Uber as their back-end anyway! So by using them you were just giving some other middleman an extra cut.

And here's what happened last week:

That's right: if you want Uber to deliver your food, you also have to let them have your online ordering business.

And they gave us a luxurious six week deadline on this.

So Uber managed to get a monopoly in one industry -- restaurant food delivery -- and is leveraging that monopoly to eliminate the competition in a completely different industry -- online food ordering.

If that sounds familiar to you, you might have been following my work for a really long time, because that is exactly the same play that a company called Microsoft made on a company called Netscape back in 1995. They used their monopoly in one market -- operating systems -- to make competition with them impossible in a different market -- web browsers.

Microsoft did that by undercutting the competition and driving the market value of web browsers to $0. What Uber is doing is saying "your orders are no longer compatible with our cars", which isn't exactly what Microsoft did; that would have been more like if Microsoft had said, "No web browser except Explorer is allowed to be run on Windows". But the end result is the same.

In 1999, The Department of Justice found Microsoft guilty, but by then it was far too late: they had already delivered a fatal blow to the company I helped create, Netscape. (And that's why to this day I will never use any Microsoft products, or allow my business to enrich them in any way. I hold a grudge. Dear reader, don't use Microsoft products. Fuck those guys.)

In case you have been living under a rock and only have this sort of vague idea of why Uber is literally the worst company ever, I posted a round-up on my personal blog three months ago. But keep in mind, that's three months old, so lots more egregious shit has come out about them since. Like, just about every damned day. They are just a monster factory.

If you still have the Uber app on your phone, that is bad and you should feel bad. They really are the worst.

And yeah, it is not lost on me that I also allowed myself to be talked into making a deal with this devil and am now getting fucked by it. Think of it less as "hypocrisy" and more as "an object lesson".

(Lyft, by the way, is Uber Lite, and they only look better in comparison because they are less successful, so don't think that lets you off the hook in your complicity. Use Muni, BART, real cabs or a bike.)

Anyway, if you've got any realistic suggestions of how we can get our damned pizzas delivered, that would be great.

That's all horrible, but maybe mixtape 184 will help:

3 years ago
Isn't that handy? Because I totally wanted to turn PasswordAuthentication back on, and allow logins from any account.

Thanks, Apple. You're a pal.