6 years ago
And there goes another epic Halloween weekend!

You may recall my complaints in previous years about how the Bootie customers just don't really try hard enough on Halloween. Well that wasn't true this year! This year, the Bootie costume contest was worthy, and the $12 shit-costumes in the audience were definitely in the minority! So yay for that. Keep it up, people!

Photos, photos, so many photos:

Some thoughts on costume contests in general...

Obviously having a good MC is critical to a successful costume contest, because if they don't manage the cheering and winner selection properly and quickly, you'll be there all night. We've got the MC situation under control, obviously. But! But! <<butt gesture>> But!

I've come to the conclusion that for costume contests, the Door Guy is just as important as the Master of Ceremonies. That is, to make the thing really work, you need some serious quality control at Stage Left: it's just as important, possibly more important, to control who gets on stage as it is to deal with what happens once they do.

You will often hear MCs lament, "Well I had to give something to the guy in the shitty $12 Spirit Halloween Store 'pizza' costume, did you hear how they cheered? There would have been a riot."

Well, you solve that problem by not letting pizza guy on the stage in the first place, and then the audience is no wiser. The folks controlling the stage stairs need to channel their inner Studio 54 and tell people, "Sorry, no, you're not cool enough."

It's also really important to go through the venue about 30 minutes before the contest for a hard sell recruitment drive on any really good costumes they see. The MC and/or the crew need to bully those people into entering the contest who really should. It's surprising how often there will be amazing costumes standing right there in the audience who totally would have beaten everyone else who entered if they had just gone up the stairs.

"Oh, this old thing? Why no, I couldn't possibly."

"I'm running the contest, and I'm telling you that I need you in it. Here's a drink ticket. Get over there."

Some other galleries from recent weeks: 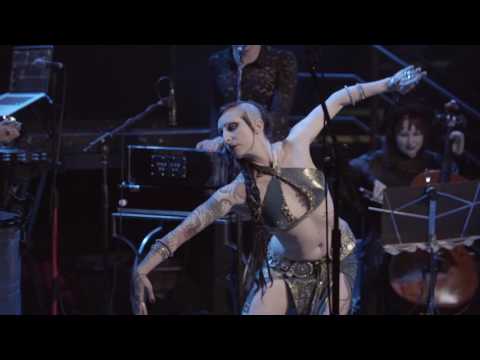 Hubba Hubba: Damsels & Dragons
And robots... No, not the cool kind. I've made some upgrades to the robots who manage our social media accounts. (You are following us on the Twitfacegramowebs, right?) We have twelve accounts now that all have to be kept in sync across services, so that e.g. when one of the robots notices that there's a new photo gallery up on one of the sites, some thumbnails and links get posted to the proper three, horizontally:

Also I recently implemented what I call the "Mutual Admiration Society", so that when one of them makes a post or hits "like" on something, the other three in the column also "like" it.

The @dnalounge accounts are also posting a mini-gallery of four random photos related to upcoming events once a day (some of the same photos that show up in the gallery at the bottom of the front page). I'm actually not sure if that's fun or annoying. People seem to hit "like" on them sometimes, so I guess I'll go with the former.

Though, a number of our Instagram followers seem to be people (actual humans) who hit "like" on literally every picture they see. Weird.

The Rye of Agamotto