6 years ago
Hopefully you are familiar with the unaired pilot for a remake of the Krofft Super Show's Electra Woman and Dyna Girl -- one of the filler shows that was not quite as good as Land of the Lost or Sigmund the Sea Monster. If you haven't watched this, you are in for a rare treat. Stick with it until you get to the alcoholic Electra Woman living in a trailer park. Just let the magic wash over you...

...because that's the point at which you realize that this is Markie Post from Night Court in her breakout dramatic role!

It's basically an unused flashback scene from the Watchmen movie, right?

So then this happened. Yup, they're taking another swing at this one. They're gonna put a shine on this turd or die trying! We've seen how the Kroffts do "grim and gritty" -- so now we're going to get to see how they do lesbians!

Still, even the 2001 version looks way better than Arrow. 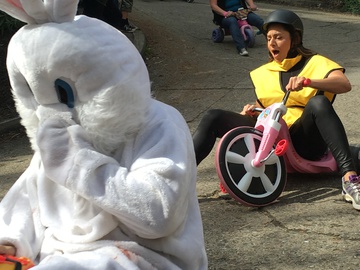 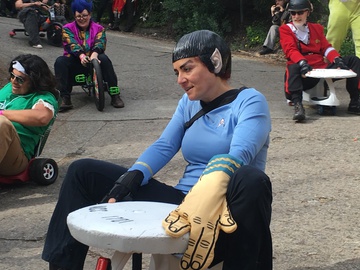 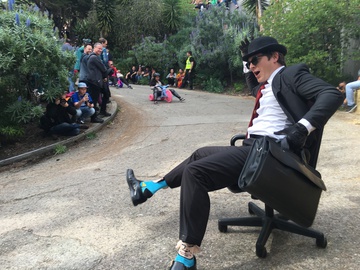 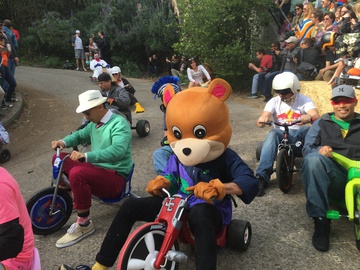 6 years ago
Apparently my homeowners' association is some kind of Eyes Wide Shut scenario these days.

"The more you tighten your grip, the more star systems will slip through your fingers."
All of the "social media" services want to lock you in. That's been the case for a while. They love their "walled gardens" and they think that so long as they tightly control their users and make it hard for them to escape, they will rule the world forever.

This was the business model of Compuserve. And AOL. And then a little thing called The Internet got popular for a minute in the mid 1990s, and that plan suddenly didn't work out so well for those captains of industry.

But here we go again.

Instagram tries to lock you into their app more than any of the other services. They are hardly even on the Internet at all -- it's more like a service that exists solely on the cellular data networks. Instagram is a dialup BBS. It is the most locked-in and user-hostile of the bunch, as I will now express through the medium of a

For these reasons, I've mostly just ignored Instagram over the years -- my attitude was, "Oh, you don't want to be a part of the Internet? Welcome to oblivion." But it seems like these days, as Twitter begins circling the drain, the cool kids are ditching Twitter for Instagram.

The thing that makes the Internet useful is interoperability. These companies hate that. The thing that makes the Internet become more useful is the open source notion that there will always be more smart people who don't work for your company than that do, and some of those people will find ways to expand on your work in ways you never anticipated. These companies hate that, too. They'd rather you have nothing than that you have something they don't own.

Instagram didn't even really have a web site until 2012! You may not remember this, but it didn't used to be possible to see Instagram photos from a web browser at all.

If that doesn't sound insane to you, I can't help with your problem.

Now don't get me wrong, Facebook is by far the worst of the lot. This is largely due to their size and power, but the fact is that they shit on their users far more than the others do. This is a quantitative difference, not qualitative, but it's still extreme. As I've said before, if you work for Facebook, you should quit; it's the only morally defensible thing for you to do.

But wow, Instagram's design decisions are among the most user-hostile and Internet-hating that I've ever seen.

6 years ago
Your wiggly pal who's fun to be with!

A world without antibiotics would drive us back to the Dark Ages. When we run out of bacteria-fighting drugs -- a scenario that scientists say might come sooner than later -- major surgery will be too risky to perform, and food will get more expensive. Even our wound treatment could get medieval, but with a high-tech twist. One scientist is making genetically-modified maggots that pump out human growth factor, which could help treat and sterilize open wounds when antibiotics don't work anymore. [...]

The green bottle fly larvae is already used in FDA-approved "maggot debridement therapy," in which maggots are applied to non-healing wounds, like diabetic foot ulcers, which can lead to gangrene. It's a time-honoured technique, and seems to work in a few different ways. Maggots munch away dead tissue, but also "change the pH of the wound," Scott said, by secreting ammonia and making it more alkaline, and thus less friendly to invasive bacteria. "They also secrete antimicrobial peptides," he said. The bugs can be effective against MRSA, for example, a particularly fearsome drug-resistant bug.

These GM maggots are even better, because they also pump out something called human platelet-derived growth factor-BB, which stimulates cell growth and survival.