I have altered my curtain automation. Pray I do not alter it further. 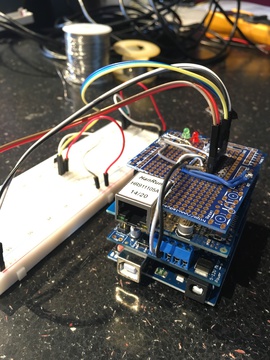 Come for the not-quite-competent hardware hacking, stay for the snark about the Arduino Ethernet library!