This company tracked Iowa caucusgoers through their phones

Ad networks: completely legit and not even a little disturbing.

For most ads you see on web browsers and mobile devices, there is an auction among various programmatic advertising firms for the chance to show you an ad. We are one of those buyers, and we are sent a variety of anonymous data, including what kind of phone you have, what app you are using, what operating system version you're running, and sometimes -- crucially for this study -- your latitude and longitude (lat/long).

We identified the caucusing locations prior [to] the Iowa caucus and told our system to be on the lookout for devices that report a lat/long at those locations during the caucus. [...]

To build out that rich information set that you are referring to (we call them 'Crafted Audiences'), we need to see a device several times across many different sites. We then use some pretty sophisticated machine learning techniques to extrapolate behaviors. We can only do this because we see such a broad view of digital behavior. In other words we know that seeing you on sites A, B and C mean that you are likely a New Mom, but seeing you on A, D and E mean that you are Health Conscious.

This place is not a place of honor.
No highly esteemed deed is commemorated here. A while back, some fine, upstanding citizen snapped the arm off of the women's room sign. Thanks, jerk, those signs are expensive. So instead of having the whole sign re-cut, I drew a Furiosa arm and had just that manufactured. The color isn't quite right and the glue is messy, but I guess it gets the idea across.

Some photos are up. Star Girls was really funny, and, like I may have mentioned before, if "Star Wars burlesque" is not something that makes you drop everything and go then we can't be friends.

On the other end of the spectrum, oh look, we had Dirt Nasty. I'm deeply fucking embarrassed that we booked this show, but the contract was signed before I got wind of it, so I couldn't put a stop to it. I just don't have any tolerance for that kind of fratboy "dirtbag" act, "ironic" or not. If you're a "pretend" dirtbag -- you're still a dirtbag.

Just like Death in June: if you've made your career out of "ironically" "pretending" to be a nazi, guess what buttercup, you're a nazi.

But hey, almost twice as many of you showed up for Dirt Nasty as for Star Girls, and I weep for the future. 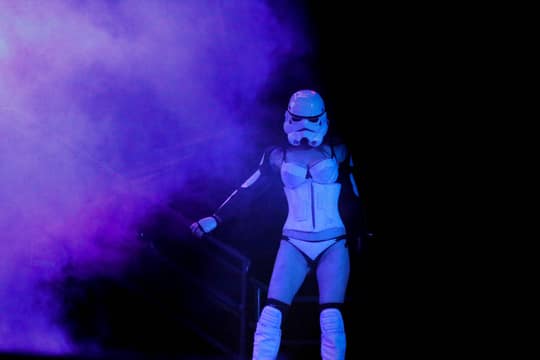 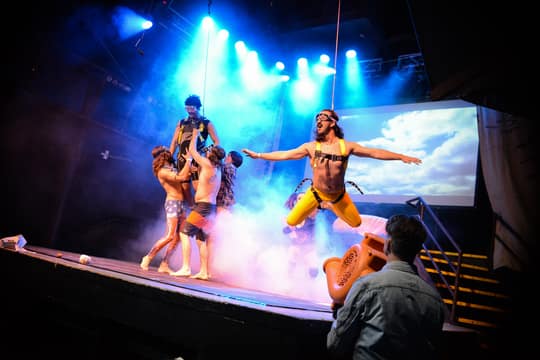 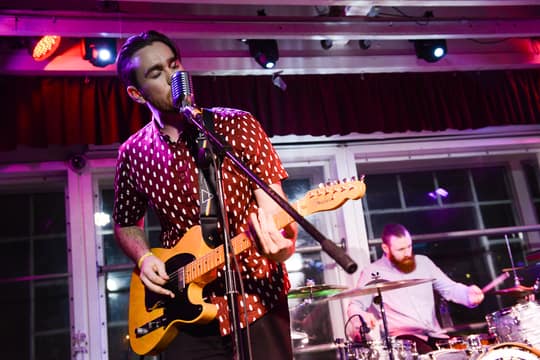 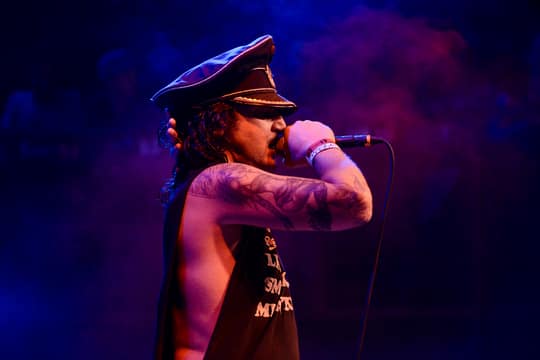