DNA Lounge: Wherein we have floors.

6 years ago
So the day after I posted about the Planning department telling us we can't serve food between 2am and 6am, we got a call from someone at Planning. The conversation went something like:

Then a few days later, the first person doubled down! He said, "Well, you know, since the bar that was there before never opened before 9pm, it would actually be an 'intensification of use' for you to be open for breakfast or lunch too, so you'll need to apply for that, too."

So, I think we're past this particular nonsense?

I think they are still of the opinion that we can't have "live entertainment" during the Lord's Hours of 2am through 6am, but we are allowed to be a 24 hour restaurant. So we will be fighting that too, obviously -- and that will probably take a year -- but at least they have not managed to 100% torpedo our business model.

I still feel so sorry for anyone trying to open a business in this town. Someone who hadn't been through the shit we've been through probably would have just believed the nonsense that Planning spouted at us the first time around, and wouldn't have the experience that we do in going through other channels to get actual adults to intervene and give us a less insane answer.

Oh, we still don't have a liquor license. There are many phases of a permit application process that have time limits attached to them, e.g., there's a 30 day public posting, and then a hearing, and then you get your response 30 days after that; but it seems that we have moved into the section of the flow chart labelled "You'll get it when we get around to it." What we're waiting for at this point is to learn the list of conditions that ABC is going to restrict our permit with. You may recall from the previous times that we danced this dance that ABC and SFPD like to use each other as cover -- SFPD likes to say, "Well, it's ABC's decision" and ABC likes to say, "Well, we're just doing what SFPD recommended." Anyway, we have already seen and agreed to the conditions that SFPD recommended (they were inexplicably mostly reasonable! The devil you say!) so hopefully ABC will just rubber-stamp those and we can all live happily ever after.

And hopefully they will do this before we're ready to open.

Anyway, Plumbing Phase 1 is done, meaning we were able to close up the floors, and now we can start building the bars and counter-tops that will sit on top of those floors. Plumbing Phase 2 is the junk inside the bars to make them go. The floor is a wood frame with about an inch of concrete on top, so closing them means filling in the hole with plywood; putting down a waterproof membrane; then a layer of chicken wire; then pouring concrete on top of that.

In addition to the water and drain pipes, we also left in place some thick PVC channels that will eventually have the beer and soda lines snaked through them, so they can get from the back wall to the front wall of the bar beneath the floor, and without having to cut into the floor again.

Also we tore open the front of the building to expose the places where the windows were once and will be again. "Restore windows to original condition", the plans say. And I learned the word "clerestory". Hopefully we'll have glass in there in the next couple of weeks. But you won't get to see it, because we're just going to cover it with plywood again, since we'd like to not have to replace the tagged glass six times before we open. Recent photos! Holy crap, was that Lydia Lunch show amazing. If you didn't come to that, you made an enormous mistake. 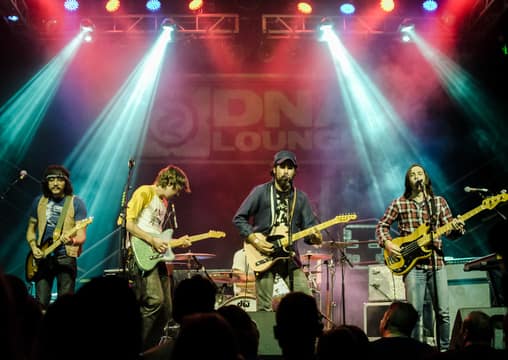 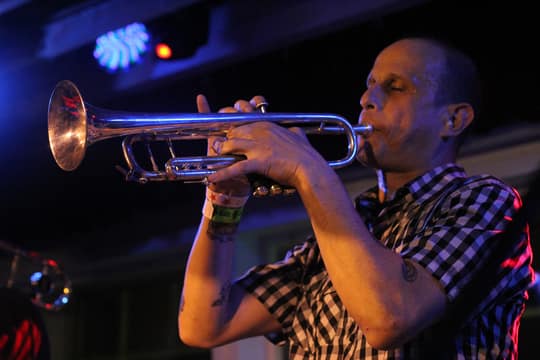 The Weirdos + The Adolescents 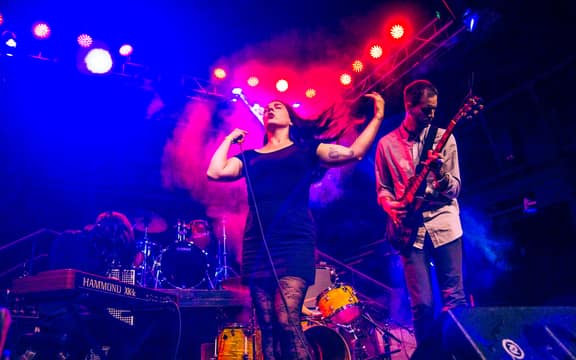