If other media were as sad as comic books

Silly rabbit, ZALGO is for KIDS

8 years ago
Why was the DNA Pizza women's toilet backed up?
Because you flushed your iPhone: AppleCare is totally going to be able to tell that you got it wet.
It was in there like, elbow-deep. (That's what she said.) 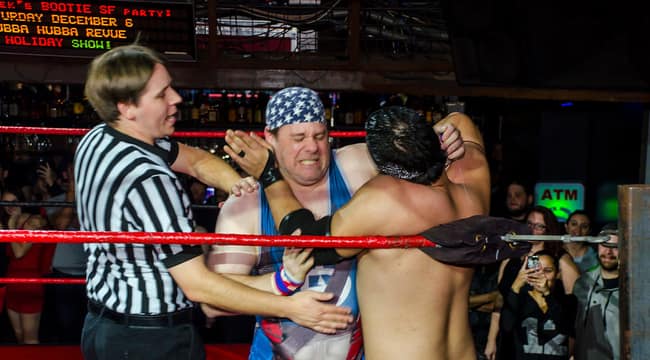 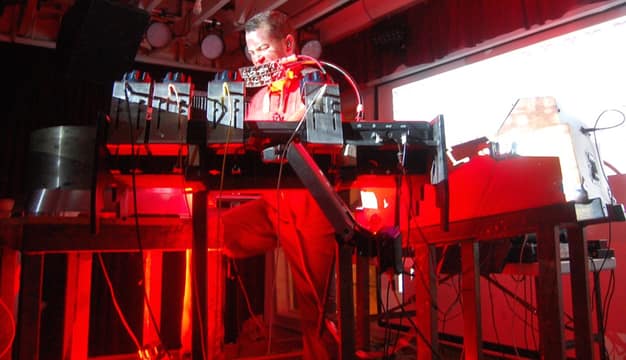 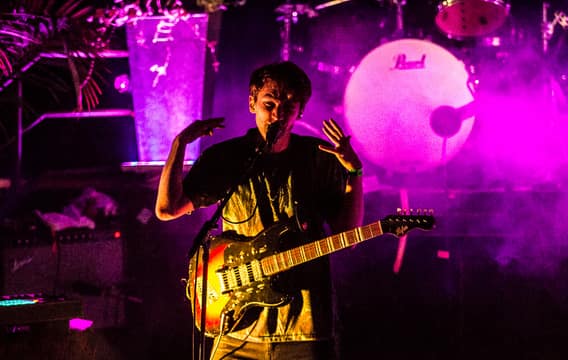 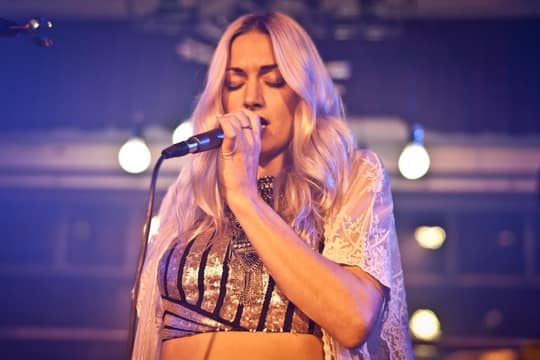 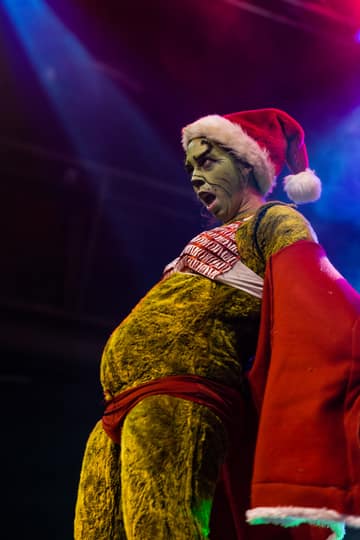 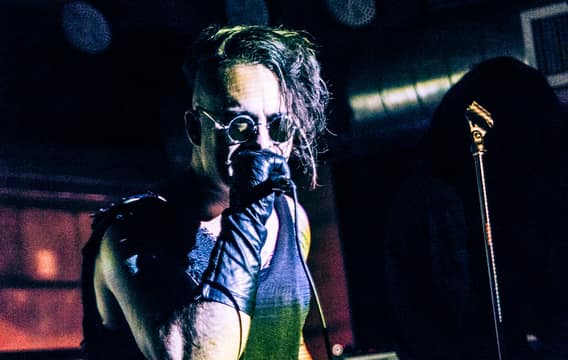 3 Teeth
Yes, we set up a full-sized wrestling rink at Bootie a few weeks ago. It's been a while since we've done that. We all miss ISW a lot, so I brought some tortillas to throw at U.S. Steele for old time's sake. 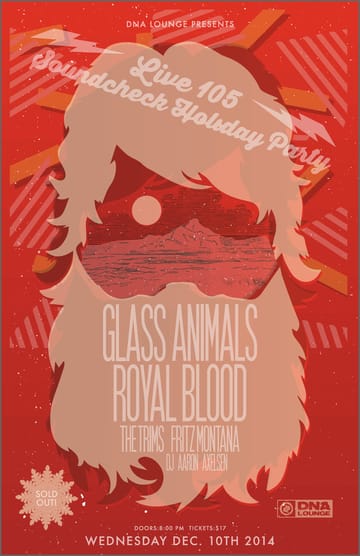 By the way, we still have some of those Glass Animals / Royal Blood posters for sale. Just ten measly dollars. Christmas themed and everything!

And registration is now open for the Second Annual Cocktail Robotics Grand Challenge, on Sunday, July 12, 2015. That's quite a ways off, but we wanted to give people a lot more time to prepare their robots this year.

So tell your friends, ok?

Last year was pretty great. Go relive it through the magic of video.

If you haven't gotten your tickets for New Year's Eve yet, you should do that soon. You've already missed the "early bird" price, and it's going to go up again soon. And it's going to sell out. For real.

8 years ago
Statler and Waldorf, by whom I mean me and Dr. Kingfish, text while watching shitty, shitty TV:
Messages
Edit
Have you tried "Ascension"?
Yes I watched the first one. Thought it was decent until about 30 minutes after it ended when I realized how stupid it was.
Yeah, that's what I did... It was neat to look at, but basically they just stole the entire premise from Twin Peaks, then spooged out the big "twist" (*koff*) in the very first episode.
I'm still deciding if I care enough to watch the next ones.
The whole time I was like - all of this with no ground support? And then the twist - all of this with 1960s tech? Nope.
Yeah.
Unless the program really started in the 80s and half the crew are actors - which I actually suspect.
That works.
No. That's fucking stupid. It's BSG again.
Yeah, I pretty much hated everything about BSG.
So they do have ground support - and they never sent a new song or a newspaper?
Right... How do they not have the ability to receive radio and TV signals...
How do they not have the ability to tell that OPTICAL TELESCOPES are looking at a MATTE PAINTING
Ha! That too!
You don't even have to get into Doppler on the radio!!
At the very least, give us a lame script- excuse for all this crap!
They are nightly drugging them into Lost levels of stupidity and incuriosity
Ha!
Also: so over the "you lower level trash" -- because that's what it's like in the space program (and everything.) They totally would have roles that were "just pig farmers."
I almost screamed at the tv when they Spocked the corpse. BIOMASS GOES IN THE GREEN BUCKET.
Haha!!! I thought the same!!
So much for the Soylent dip at the Launch Day party!
At the very least, desicate her and refill a couple buckets in the water reclamation tank!
You just gave me a TV headache.
What to you wanna bet Little River Tam is *actually psychic*? Or that there are angels or some shit?
I'm guessing Real Aliens are coming... And they're almost here... Which is why they started the project was started 50 years ago... And annoying kid is being contacted by them, because: TV.
Also: lots of open space on that submarine. Up in the air. Where you can't use it.
Ha! Science!
Also I think they were trying to show red and blue shifted stars, but only 30 degrees apart.
And I think you need to be at like 99% of c to get that, which means Centauri in a year, not 100
Woo hoo!
Also, you know, impossible.
That too. Well, BSG was pretty big with the scientific eye-rolling.
Alright that's it... I'm going in. I'm gonna watch episode 2 of Ascension.
Oh did that air already?
I think 3 did also, but it's only up to 2 on the Hulus.
There's a "what the fuck" in the first 2 min.
Also, how did they fake the g forces --of a spaceship bigger than the Empire State Building-- of the launch 50 years ago?
And what do the "engines" do? I mean, I get they could just be pointed in a direction in space, but somebody has to be running and maintaining something that looks like a power plant, right?
Yup
They probably had them drugged during launch
Oh hey, and I guess they drug everybody anytime they need to go in and upgrade all the surveillance equipment they use to keep tabs on them... Cuz those iPads aren't directly wired to those vacuum tube TVs.
Okay, we're putting you in a giant spaceship for 100 years... Make sure you bring enough neckties and 2 piece suits, that never wear out... Oh, and your descendants need to be able to fit in your clothes, so plan for that.
Also, make sure you use your 1960's medicines to ensure the next generation or two aren't overwhelmingly all male or something...
Dude is getting shaved with a cake of solid shaving soap. How many of those did they bring when they "left."
They made them from baby fat
Oh right.
60s infant mortality rate.
Spare biomass.
I want my baby back, baby back, baby back...
Also where are all the old people? 51 years is a long time, but it's entirely within reason that there'd still be some original crew.
(I know, I know... Biomass.)
Logan's Run!
Renew! Renew!
They retire to the Miami Ark.
So wait. Everyone over 51 was "born" on earth. The captain, the councilman?
Yeah I was trying to figure that out... I think they're saying now that some families came along, with kids.
One of your guesses just came true, btw.
I'm 20 min into part 2
Yeah you'll see
Apparently the ship runs on coal
Right??
I hate this show.
Hahahaha!
Dr. Fritz Lieber? And the girl is named Valis?
Apparently it's in Helfer's contract that she has to show her ass twice an episode
Hey! Wake up!
When you get to the end of part 3 you are literally gonna throw your shoe at the tv.
And those iPads they invented on the ship - what do you figure their transistor fab looks like? And what part of China mined the rare earth metals for them? Or will we learn that a member of the crew is Dr. John Dee, Actual Alchemist?
They made them from poop.
Delivered
Send
Part 2...
12 Comments
Tags: firstperson, reviews, space, tv

8 years ago
I bought this crazy-assed replacement on-screen keyboard for iOS, and it's interesting, but after having used it for a couple of days the primary effect I've discovered is that I'm just typing a lot less because it's so fucking hard to do. I guess I'm giving up now.

I never got the hang of swiping with both thumbs: it seems like there's a timeout where if you take too long between letters it decides you're done? Or something? And when typing a long word, the whole keyboard gets so covered with glowy Tron psychedelia that you can't even read the keycaps any more. There are popup menus for correction where you're expected to pull down then move left or right, and inevitably the thing you're trying to find is occluded directly under your hand, no matter which hand you use.

I remember finding on-screen keyboards initially incredibly frustrating, but I don't think it was this frustrating. At this point I think what I really want is just one that has much better text prediction. (the stock iOS 8 keyboard is enormously better than iOS 7 in this regard.)

"I was very disappointed that the charms were not pooped magically, but clearly pooped using the rational laws of science. Still, a poop-charm is a poop-charm, as Woodrow Wilson used to say. Three stars."

"This toy has added a lot of fun to potty-training; my daughter has been searching for charms in all of her bowel movements, and I'm searching for more charms to hide!"