Generalized to higher dimensions: Ball bearings in a hypersphere. That is some mad science.

These guys are selling a 3D-printed version. It's kind of blobby.

Kenneth Snelson: I'm pretty sure what I'm seeing here is part of the internal mechanism of the Lament Configuration.

"The things that will last on the internet are not owned."

My blog isn't part of a system where its usefulness is just a hook to get me to use it.

My blog's older than Twitter and Facebook, and it will outlive them. It has seen Flickr explode and then fade. It's seen Google Wave and Google Reader come and go, and it'll still be here as Google Plus fades. When Medium and Tumblr are gone, my blog will be here.

The things that will last on the internet are not owned. Plain old websites, blogs, RSS, irc, email.

A Los Angeles County sheriff's deputy who was typing on a patrol car computer when he hit and killed a bicyclist in Calabasas last year will not be prosecuted, the Los Angeles County district attorney's office said in a statement Thursday.

Wood initially said that Olin had swerved from the bicycle lane on Mullholland Highway into the path of his patrol car, the statement said. But the district attorney's office concluded that "evidence examined in this investigation shows that this tragic collision occurred as a result of Deputy Wood crossing into the bicycle lane."

It's made of babies

Beginning next month, California law will require that cars stay at least three feet away from cyclists when passing on the roads.

I attached this driveway reflector to the basket of my bike with some zip ties. I chose this flexible plastic stick with reflector because it was 3 feet long and it should be visible, but it should also not kill me if a car decides to drive right through it. [...]

I felt safer because of this extra 3-foot forced space. I was tucked right up against the line of parked cars.

So he's saying "I felt safer" but he's also saying "I was in the door zone the whole time".

If people are actually going to respect and enforce this law it'll change the way we get around in dense urban areas. Either bikes will have to act like cars, or we'll have to get full bike lanes everywhere.

The only way to have 3' on the left and no door-zone on the right is to take the entire lane all the time.

The embarrassment I felt while cruising around the city with a stick attached to my my front basket was worth it: I didn't get clipped by a car once. Let's just hope it won't come down to cyclists having to ride around with 3-foot sticks on their bikes.

The same effect could probably be observed by biking while wearing a clown suit. 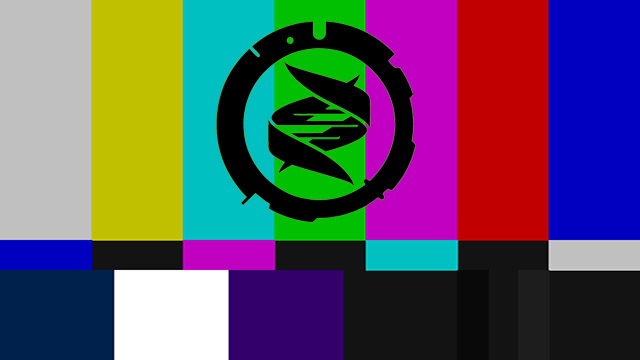 Like tossing a regulation hotdog down a precisely-fitted hallway.

Scene missing! A video in this post has disappeared. If you know of an accessible version of this video (search), please mail me so that I can update this post.
14 Comments
Tags: mpegs, scene missing
Current Music: Ultraísta -- Wash It Over ♬

I just watched all nine Hellraiser movies. No, I didn't know there were nine of them either.

"There is some unfinished business in my Lament screen saver. I really ought to add the last few moves to that."
"...Hmm, I guess I need to watch the movie again to make sure I got it right."
"...Hmm, I wonder if any of the later movies added new cube behaviors?"

So! While I was at it, I also made a supercut of every on-screen appearance of the box, in all nine movies! It's 26 minutes long.

As soon as I posted it, it was immediately blocked with five or six content-ID matches. So I filed a DMCA fair-use counter-claim, and whattayaknow, it was back up less than a day later. I assumed they just ignored those...

Update: Oh, I see that it says the counter-claim is still "being examined". So you'd better download a copy of it in case they change their mind.

Update 2: I am shocked, shocked to report that they have denied my counter-claim without explanation.

Update 3: Success, four and a half months later.

I wish you could stay on the playa forever too

"We used to have R.V.s and precooked meals," said a man who attends Burning Man with a group of Silicon Valley entrepreneurs... "Now, we have the craziest chefs in the world and people who build yurts for us that have beds and air-conditioning." He added with a sense of amazement, "Yes, air-conditioning in the middle of the desert!"

His camp includes about 100 people from the Valley and Hollywood start-ups, as well as several venture capital firms. And while dues for most non-tech camps run about $300 a person, he said his camp's fees this year were $25,000 a person. A few people, mostly female models flown in from New York, get to go free, but when all is told, the weekend accommodations will collectively cost the partygoers over $2 million.