The Problem with Charity

This May, I was in my usual spot on the couch in Bisbee, Arizona, drinking plastic jug vodka and watching CNN jam microphones into the faces of distraught victims of the Oklahoma tornadoes. They all thanked the Jesus for sparing them, for taking their homes and belongings instead of their lives, and for killing their neighbors instead of them.

There was a video that had just gone viral of Wolf Blitzer repeatedly asking a meek and polite young lady if she thanked the Lord for her good fortune in not being killed. She stammered and then said, cute as a button, "Actually, I'm an atheist." As always, Wolf looked like a big smacked dick.

As I was watching, a crawler at the bottom of screen told me how to send money to the Red Cross via text message. I thought how funny it would be to have a fundraiser for just that one chick -- fuck all her Okie-Christian neighbors. They're with God. We're atheists. We don't have Christ. We gotta take care of each other.

9 years ago
So that was a pretty good year, you guys! 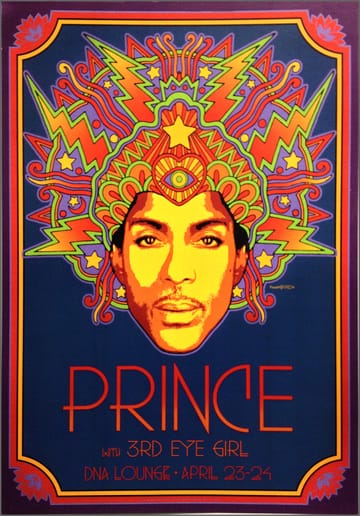 Hey, remember that time, just about 13 months ago, when we opened a new venue? 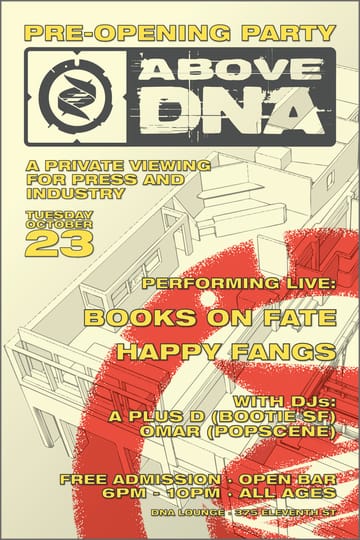 This year in Above DNA we've had 129 shows, which averages out to 2.5/week. We're open a lot these days! Last year we averaged 7.6 events/week overall, which is only possible because we have two rooms now. We also broke a few of our own attendance records, and we won some awards! We've slung quite a few pizzas.

This is also the year when, in addition to our usual run of dance parties and rock shows, we started having a bunch of seated events, which was an unexpected turn: but those events are all awesome. 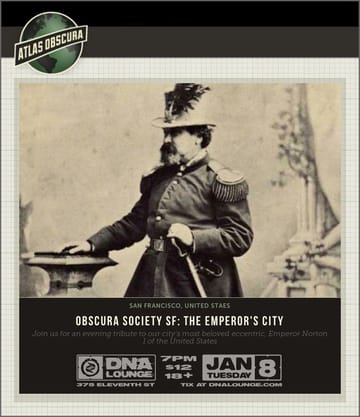 Mortified: Adults reading to you from their teenage diaries. It's so good. 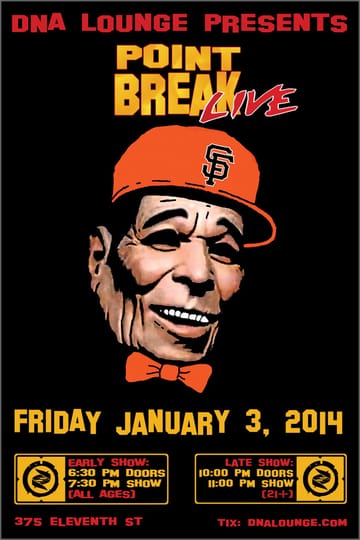 Point Break Live: You really can't imagine how awesome this is. 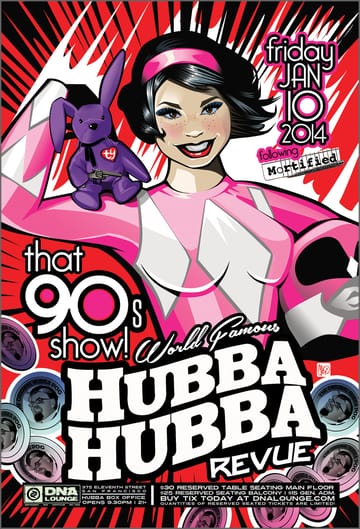 Hubba Hubba Revue: Reborn and returned this year as more of a theatre show.
And of course Bootie is still our unstoppable juggernaut, every Saturday. There's really nothing else like it. You're coming to the NYE 2014 Shit-Show tonight, right? 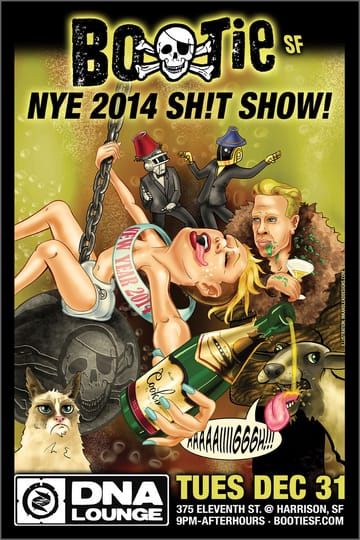 You must buy advance tickets! They're going fast and there will be none available at the door!

In only approximate order of favoriteness, here is my year-end wrap-up. As usual, a few of the entries on the following list were released earlier than 2013, but that is when I discovered them, so I'm allowing some slack. Though most were actually released in 2013.

This year I acquired around 20% less new music than last year: roughly 120 new releases from around 84 bands, almost all released within the last 3 years. I wouldn't say last year was 20% better. Maybe 10% better. Now 2011, that year was probably 20% better. Musically speaking.

I haven't commented on all of these because every year writing this thing is my reminder to myself of "why I am not a music journalist". Or, alternately, "why music journalists seem to mostly write about anything they can think of except the music". Writing about music in a coherent way is excruciating. I apologize.

And finally, here's mixtape 136, which includes one track by each of the above artists.

In answer to your query: Yes. Yes they do.

SOMA Nature Walk: Sharpening the teeth of the Bike-Eaters

I had never noticed that the plaque on the blacksmith calls the bridge by its true and proper name!

By zooming in on high-resolution passport-style photographs, Jenkins and co-researcher Christie Kerr of the School of Psychology, University of Glasgow were able to recover bystander images that could be identified accurately by observers, despite their low resolution.

To establish whether these bystanders could be identified from the reflection images, the researchers presented them as stimuli in a face-matching task. Observers who were unfamiliar with the bystanders' faces performed at 71 per cent accuracy, while participants who were familiar with the faces performed at 84 per cent accuracy. In a test of spontaneous recognition, observers could reliably name a familiar face from an eye reflection image.

Coming soon to Picasa, we can only hope.

9 years ago
GAGADOLL is a life-size humanoid listening station.

By a special silicon molded to reproduce the fine-grained skin facial expressions and realistic LADY GAGA. When cuddling by applying a face to chest GAGADOLL, you will be able to listen to the message from the person and music of "ARTPOP " by bone conduction speaker built.

Japan's latest and finest technologies were put into the creation of the "GAGADOLL". It's the world's first life-size human-shaped listening station that closely resembles Lady Gaga.

GAGADOLL will NOT be for sale.
Due to logistic and security measures, the dolls may only be booked for usage inside Japan.