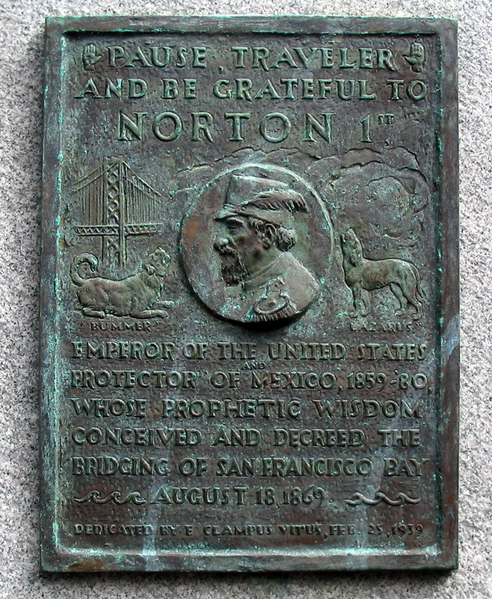 In the middle of our stock booking contract, we sometimes include this item:

15) Whoever after due and proper warning shall be heard to utter the abominable word "Frisco," which has no linguistic or other warrant, shall be deemed guilty of a High Misdemeanor, and shall pay into the Imperial Treasury as penalty the sum of six hundred seventy six dollars. As ordered by NORTON I, Emperor of the United States and Protector of Mexico, 1872.

Evidence normally suggests that nobody reads these things, but we booked a film shoot here recently, and noted that when they returned the signed contract they had crossed this item out.

(If you don't know what I'm talking about, the Wikipedia page on the Emperor is a good start. $676 is $25 adjusted for inflation. The new span of the Bay Bridge was halfway toward being named after him, until the Oakland Board of Supervisors showed that they are a bunch of boring killjoys.)