DNA Lounge: Wherein the construction chugs along and the deadline looms.

10 years ago
The bar is really looking like a bar! All that remains is to hook up the sinks, put the bar surface on, and stucco the front. Hopefully it will come out looking just like the bars next door.

The new bathrooms are fully functional! I can tell you this from firsthand experience. As you can see, we went with boring porcelain this time instead of the stainless steel prison toilets. They're just too fucking expensive. We'll see how long last and whether that was a false economy.

The new front door is installed. They made us replace the perfectly functional old door because the door has to open out, but it's not allowed to overlap the sidewalk, which means had to build an alcove for it and a new frame farther inside the building. Hooray. Here's the DNA Lounge Hazmat Team finishing up the soundproofing on the front windows. The space between the exterior wall and the new, angled interior wall is filled with fiberglass insulation above and below the two sets of windows. The apparent "shelf" connecting the two walls is actually cloth, so that there's no physical connection between the two except the ceiling and floor. And the windows in the interior wall were installed today, so now it's all sealed up tight.

When we have bands up there, you're gonna be able to see them from the street. I think that will be pretty awesome. The big unknown at this point is still the liquor license. It's impossible to ever get a straight answer out of ABC. They almost never return our phone calls and when they do they answer with things like, "Oh, I think there might have been a protest, that we never bothered to tell you about, and if so that would mean we'd need to have a hearing, so that could take four months, but I'll have to check on that the next time I'm in the office. Oh, and I'll be out of town for two weeks starting five minutes from now. By the way, has construction started yet?"

It's awesome. All the time in the world, here, guys. No hurry.

We do actually have a deadline that we've set for ourselves.

We hope to have all of the construction finished by Oct 1, five weeks from now, and that's looking pretty doable at this point. Once that happens, we have our final building inspections and deal with any changes they want us to make, and assuming ABC doesn't fuck us in the ass, that puts us on track for our opening date of Oct 27.

I don't think I've mentioned that here before, but yeah, your first opportunity to party down in the two new rooms will be at Halloween Booootie on the Saturday of Halloween weekend! All four rooms will be open as one giant club.

Then your next opportunity will be on Halloween proper, when we are doing the traditional DNA Lounge All Hallow's Eve party, except that this year it gets to be twice as big!

And here are some photos of recent events: 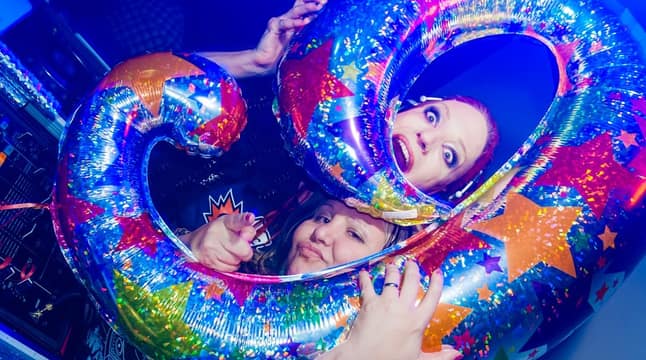 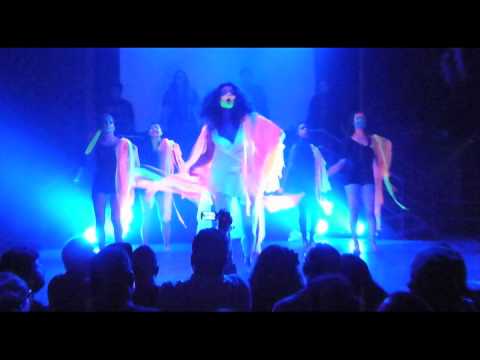 "We found a bunch of awesome bald men and hurled water balloons at their heads, to capture the explosion of water at various intervals. The result a new head of of water hair! We used a laser and sound trigger to capture the right moments for each subject to create just the head of hair that fit best with the face."

Yes, Max. Just shoot yourself in the head. Watch. I'll show you how. It's easy.

When Kruger and Bobker set it up at Universal, they planned to modernize the concept, infusing it with the possibilities of nano-technology and blow it up into a large-scale sci-fi action thriller.

A Generation Lost in the Bazaar

10 years ago
He takes a little while to get going, but the rant about "configure" that starts halfway down is spot-on.

Further down the shopping list are repeated applications of the Peter Principle, the idea that in an organization where promotion is based on achievement, success, and merit, that organization's members will eventually be promoted beyond their level of ability. The principle is commonly phrased, "Employees tend to rise to their level of incompetence." Applying the principle to software, you will find that you need three different versions of the make program, a macroprocessor, an assembler, and many other interesting packages. At the bottom of the food chain, so to speak, is libtool, which tries to hide the fact that there is no standardized way to build a shared library in Unix. Instead of standardizing how to do that across all Unixen--something that would take just a single flag to the ld(1) command--the Peter Principle was applied and made it libtool's job instead. The Peter Principle is indeed strong in this case--the source code for devel/libtool weighs in at 414,740 lines. Half that line count is test cases, which in principle is commendable, but in practice it is just the Peter Principle at work: the tests elaborately explore the functionality of the complex solution for a problem that should not exist in the first place.

Even more maddening is that 31,085 of those lines are in a single unreadably ugly shell script called configure. The idea is that the configure script performs approximately 200 automated tests, so that the user is not burdened with configuring libtool manually. This is a horribly bad idea, already much criticized back in the 1980s when it appeared, as it allows source code to pretend to be portable behind the veneer of the configure script, rather than actually having the quality of portability to begin with. It is a travesty that the configure idea survived. [...]

Today's Unix/Posix-like operating systems, even including IBM's z/OS mainframe version, as seen with 1980 eyes are identical; yet the 31,085 lines of configure for libtool still check if <sys/stat.h> and <stdlib.h> exist, even though the Unixen, which lacked them, had neither sufficient memory to execute libtool nor disks big enough for its 16-MB source code. [...]

This is probably also why libtool's configure probes no fewer than 26 different names for the Fortran compiler my system does not have, and then spends another 26 tests to find out if each of these nonexistent Fortran compilers supports the -g option.

That is the sorry reality of the bazaar Raymond praised in his book: a pile of old festering hacks, endlessly copied and pasted by a clueless generation of IT "professionals" who wouldn't recognize sound IT architecture if you hit them over the head with it. It is hard to believe today, but under this embarrassing mess lies the ruins of the beautiful cathedral of Unix, deservedly famous for its simplicity of design, its economy of features, and its elegance of execution. (Sic transit gloria mundi, etc.)

(Yeah, you may guess that he lost me at the "beautiful cathedral" line. I can forgive that for his use of "festering pile".)

This 12-foot-tall Humpty Hump head needs a home, wonders if you're ticklish

10 years ago
This 12-foot-tall Humpty Hump head needs a home, wonders if you're ticklish

The enormous noggin was made both as a stage prop and as a set piece for the group's 1993 music video "Return Of The Crazy One." According to the person who alerted everyone to its existence on Tumblr, whoever last owned the head (not another member of Digital Underground, hopefully) had been evicted from his or her apartment, and was actually living in the head for several weeks before being discovered. And while that might sound uncomfortable, the head is actually big enough to house a full dressing room and an electronic elevator that would lift Humpty out through the giant nose and onto the stage. Also featuring sunglasses that would light up and lips and chin that double as steps, the head originally cost $50,000 to build, and required an 18-wheel truck to transport and a four-man forklift team to move--although it splits into three convenient pieces.