DNA Lounge: Wherein there are some photos.

10 years ago
Some photos of recent events: 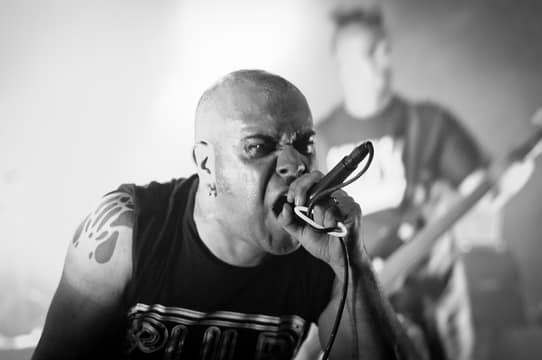 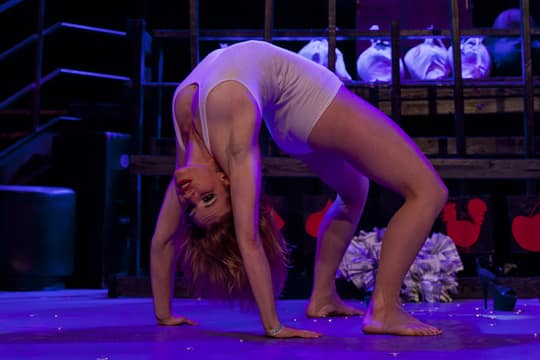 The Flying Tiger Circus show was awesome, as always.

One of the things they tend to do during intermission at these shows is brand people for free (and as I'm sure I've joked before, pokes in the eye with a sharp stick are also complimentary). So this time, the brand on hand was of the number "23" because it's (more or less) the 23rd anniversary of Body Manipulations, and Paul mentioned that this had previously been their "13" brand, but he just re-welded the "1" into a "2".

The thing is, they used that "13" brand at their thirteenth anniversary... which was here, a decade ago. Time really flies amidst the smell of burning pork!

Thursday's Me First and the Gimme Gimmes show sold out a few days ago, so thank you! If you dawdled, there will be a few tickets for sale at the door but you'll have to get here early. I'll probably give a few away on the Twitters and the Facebooks, which I do every now and then. There's also one VIP package left.

Here's a new local restaurant I will never eat at:

This is insanity, and I do not like where this is going.

Split Bread does not accept cash. It's credit/debit only, and like another recently launched chain, The Melt, there are QR codes and an app involved too.

heyyyyy where are you right now
At home
Why?
do you think you could come get me?
are you tied up again?
i'm just over at the cave
by the old mill
so you're tied up
in a cave
you know
near the burned-down orphanage
please just answer the question
you should probably bring some scissors
for the rope?
there appears to be some rope here, yes
are you tied up with it?
Ned look
it's really hard for me to text with my hands all tied up like this
so please just stop asking so many questions and get over here ok

Texts from others. Texts from a ghost is pretty great.

10 years ago
Pion Behind Bars

Friday, Pion drove a red Case MX255 full size tractor that has eight tires into the sheriff's department parking lot, lined up seven vehicles, rolled over them monster truck rally-style, then backed over them again. He apparently moved a civilian vehicle out of the way and it sustained only minor damage. If he makes bail, he would be released into the custody of his father, Armand Pion, and have several conditions of release including a curfew, not to possess a firearm, and not to harass the Orleans County Sheriff's Department.