10 years ago
Inspired by a Boing Boing post, I went on a bit of a shopping spree over at Shapeways and bought a bunch of models of objects that have been spinning around in my screen savers for many years. It's always nice to have an excuse to use my macro lens, and hey, who doesn't need more plastic junk on their desk?

First up, the Sierpinski Gasket, a recursive fractal based subdividing a tetrahedron with itself. Basically you take a triangle and cut a triangle out of the middle so you are left with 3 triangles touching at the corners, and a hole. Repeat until forever. This model is by Wahtah and seems to be 5 iterations, which would be 4,096 of the smallest tetrahedrons.

This is called Sierpinski3D in XScreenSaver. 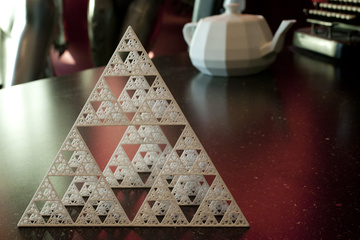 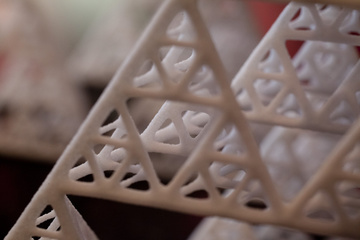 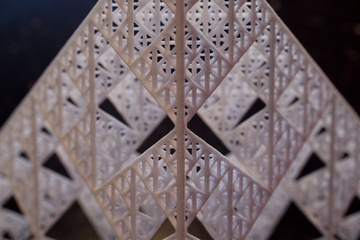 This is the similar Menger Sponge, which is the same idea but based on a cube instead of a tetrahedron: instead of cutting a triangle out of the center of a triangle, a cube is cut out of the center of itself. This is a much heavier (and thus more expensive) model because the figure itself encloses more space (since it hasn't been iterated to infinite depth). This model's by Bathsheba. It was really dusty with leftover placenta from the 3D printer's birthing vats. Four iterations, I think.

Fun fact! You can socket a Menger Sponge into a Sierpinski Gasket because a diagonal slice through three faces of a cube is an equilateral triangle. 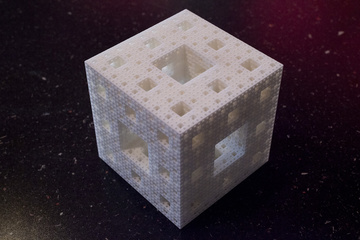 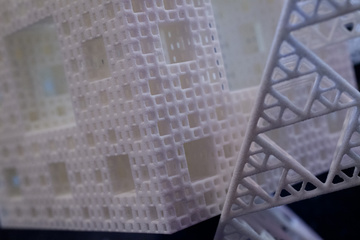 These next two are Hilbert Curves, a space-filling curve that can touch every point in a volume of space without ever intersecting itself. As a data structure, Hilbert paths are useful because ordering along the curve preserves locality: points that are close together along the curve are also close together in space.

The first model is of depth 3 and is by Henry Segman, and the second is of depth 4 and is by by Srjskam. The depth-4 one is very floppy, because it was printed with flexible plastic! Segman points out that the first one can be used with success as a ponytail scrunchie. 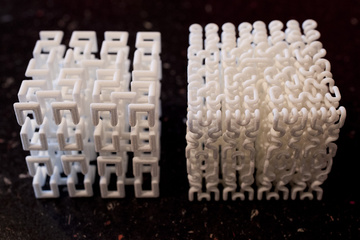 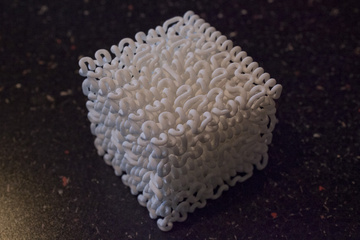 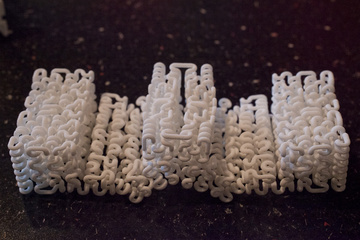 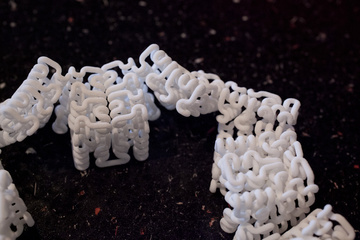 Moving from fractals into higher dimensions, we reach that old standard, the Hypercube (AKA Tesseract, and why those are not the same page I do not know), or more accurately, some 3D objects that are shadows of the 4D object that is to the cube what the cube is to a square. I got two different ones of these, because there are many possible shadows. In the real 4D object, each of the six-faced enclosed areas are actual cubes rather than truncated pyramids or whatnot.

The screen saver that generates these is called Polytopes. 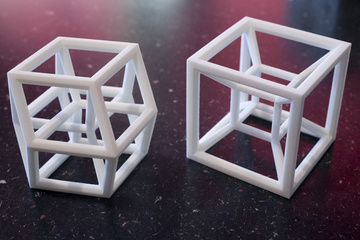 This is the Hyperdodecahedron, AKA the 120-Cell, the 4D analog of a dodecahedron (the 12-sided solid made of pentagons). In 4D, each of the enclosed cells is also a non-deformed dodecahedron. It's hard to think about. This one's also by Bathsheba, and is also produced by the Polytopes saver. 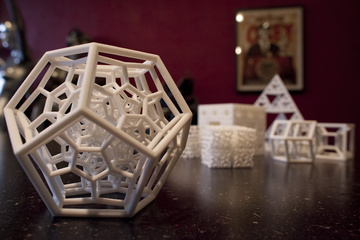 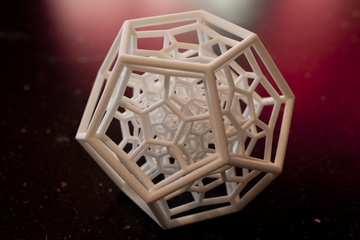 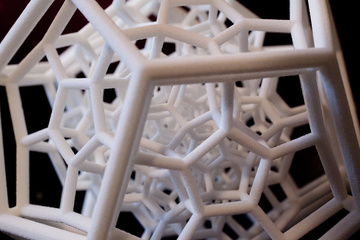 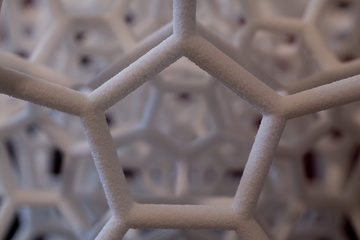 And finally... because my heart is not a stone, a Weighted Companion Cube by MaxSMoke, which is awesome because it was printed in color. Only minor assembly required. XScreenSaver: CompanionCube. 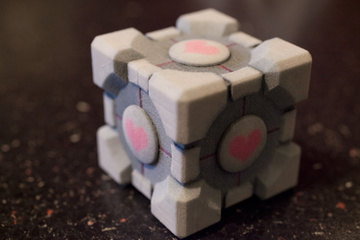 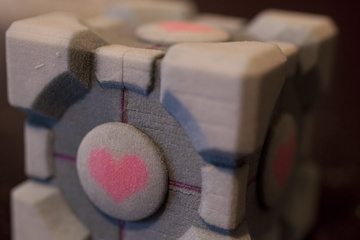