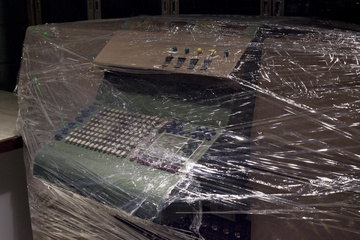 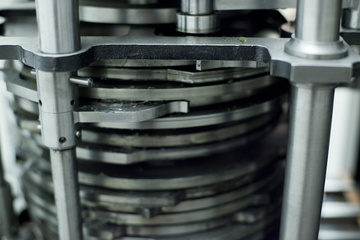 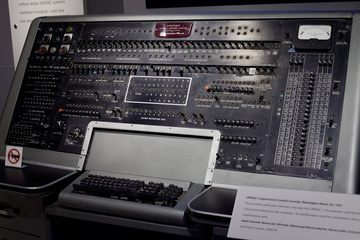 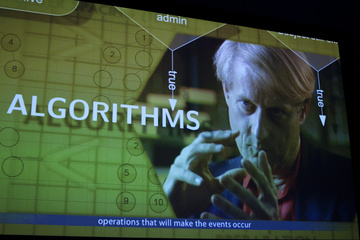 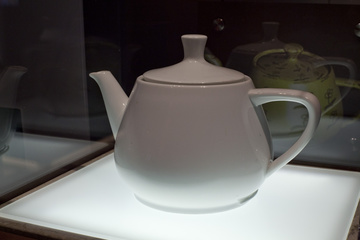 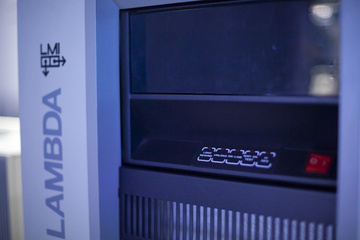 Back in October 2010, I was interviewed for the Computer History Museum's new exhibit, Revolution: The First 2000 Years of Computing, and then in November I was invited to a pre-opening tour of the exhibit, which was enormously fun. The exhibit wasn't finished yet, so much of it was still in shrink-wrap, and most of the title cards said things like, "38 word description goes here", but that actually made it more fun: not only did we get to see all these amazing old artfacts, but we got to peek behind the curtain and see how you build a museum exhibit, which was really interesting in its own right.

The exhibit opened to the public in January 2011, but somehow I hadn't gotten around to visiting again until November, so here are two sets of photos, taken a year apart.

Their fully functional Difference Engine is truly a marvel. Make sure you see it being demonstrated! The sounds it makes are incredible.

There's a short clip with me in the "Art of Writing Software" movie, and I show up in at least one of the smaller video kiosks talking about what programming is like. (You can see the DNA Lounge logo in the background! Yay! But they misspelled my name on the kiosk! Boo!)

It really is a great museum. Its easy to spend many hours there. You should give them money and artifacts.

Nature Wants to Eat You

Nature Wants to Eat You: A new blog to name your nightmares after.

In the control room where operators managed reactor 1, the alarms went silent. The overhead lights blinked off, and the indicator lights on the instrument panels faded away. The floodwaters had even knocked out the control room's batteries, the power source of last resort. The operators would have to respond to the emergency without working instruments. [...]

As the operators surveyed the damage, they quickly realized that the diesel generators couldn't be salvaged and that external power wouldn't be restored anytime soon. In the plant's parking lots, workers raised car hoods, grabbed the batteries, and lugged them back to the control rooms. They found cables in storage rooms and studied diagrams. If they could connect the batteries to the instrument panels, they could at least determine the water levels in the pressure vessels.