"Your worship, I only came to know that I was being intimate with a donkey when I got arrested," a 28-year-old Zimbabwe man told a magistrate on Monday. The man, who had been arrested for being intimate with a donkey, admitted the conduct in question but claimed that the donkey had not been a donkey when he met her at a nightclub last Saturday night, but rather a prostitute.

"I don't know how she then became a donkey," he told the court.

Nor did he know, or at least did not explain, how she had gotten tied to a tree, but that happened sometime between when he hired her and when their tryst was discovered by police officers on "routine patrol" at about 4 am. In fact, he seemed deeply confused about a lot of things. "I do not know what happened when I left the bar, but I am seriously in love with [the] donkey," he said. "I think I am also a donkey." Well, if so that would not be a crime, at least.

Otherwise, it is a crime in Zimbabwe, as it is in about 30 U.S. states. The corollary, of course, being that it is not a crime in about 20 U.S. states. As you may recall (not that you are tracking this issue or anything), Florida recently joined the majority by finally passing an anti-this bill after two previous bills on the issue failed.

DNA Lounge: Wherein the curse of the sign has been broken, and I flog Halloween one last time.

11 years ago
Check it out, the DNA Pizza sign is done!

There aren't lights inside it yet (coming soon!) but it looks great. It won't remain shiny for long: within a month or so, it will have rusted enough to match the DNA Lounge sign.

Unlike the DNA sign, this one only took seven months instead of ten years, so I'm gonna make a note here, huge success! Lee Sonko is the fellow who built and hung it, by the way. Thanks, Lee!

Also, reconstruction on the skylight is just about done, except for a few minor details. Even though the new skylight is a little smaller than the old one, it's so much brighter in the pizza dining room during the day now. Not being covered with tar paper will do that, I guess.

And this is your last reminder of the epic week we have coming up for you: four more days of Halloween remain: Les Beaux, Trannyshack, the world famous DNA Lounge Halloween party on Sunday, Death Guild on Halloween proper, and then after a three day breather, Friday is the return of Pop Roxx!

We will see you there. Oh yes, we will.

11 years ago
Earlier this week, Jason Scott was kind enough to give me a tour of The Internet Archive. They do amazing, important work, and I've been a huge fan for many years, but I hadn't visited before.

Their San Francisco presence is housed in a former Christian Science church, lending it a certain gravitas. Their enormous conference room not only has racks of drives sitting at the back, but also has a working pipe organ! (Make your own series of tubes joke here.) 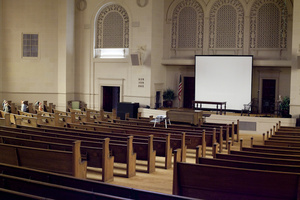 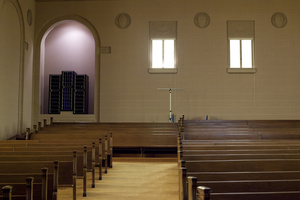 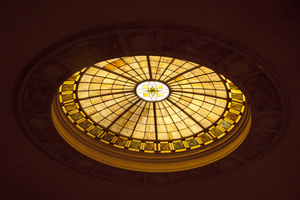 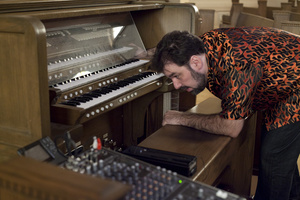 Inexplicably, they are also constructing a terracotta army of avatars of their long-term employees. I assume these are to protect Brewster in the afterlife. 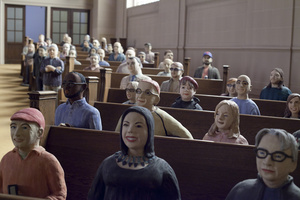 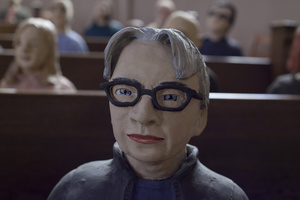 The racks of drives are just kind of scattered all over the place, climate control provided opening windows. Each blinkenlight is a 2TB drive. They have mirrors all over the world, so I gather it's a "use the cheapest thing possible and have a zillion backups" kind of scenario. 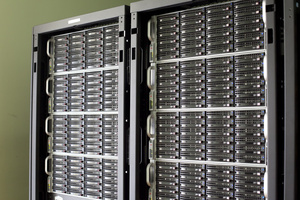 The book-scanning operation is pretty sweet. There's an angled backplate with a correspondingly-angled piece of glass that hinges down over it to hold the pages flat, and a pair of Canon 5D Mk 2 cameras pointing at each page. Apparently once you get into the rhythm of it, you can scan an entire book in 8 minutes. Volunteers and interns: cheaper than robots! 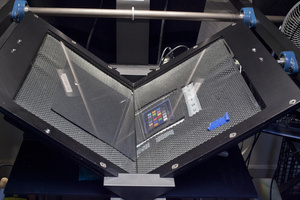 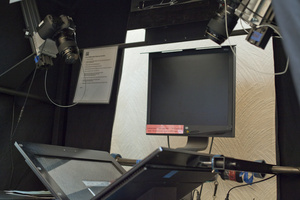 Random libraries (and individuals) around the world ship them crates of books, they scan them, and ship them back. 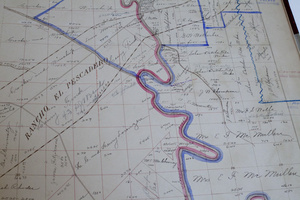 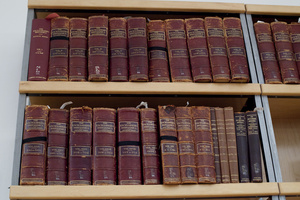