DNA Lounge: Wherein there are photos, and justice! 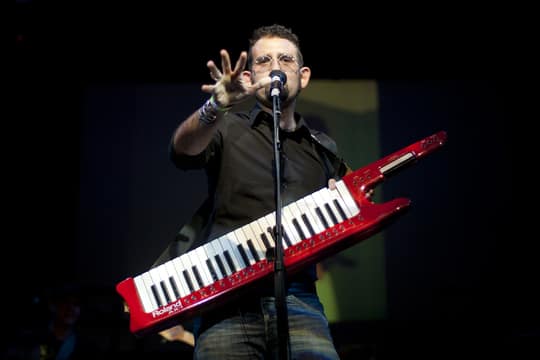 Photos are up of Friday's Mortified and Blow Up.

Late in the evening at Blow Up, we caught some guy etching his darling little pirate name into the window of the pizza restaurant. And by "caught", I mean, "cuffed, arrested and will be prosecuting!"

There was much rejoicing.

We don't catch these shitbag taggers in the act nearly often enough, so when we do, we bring as much legal force to bear as possible. It is a moral imperative.

10 years ago
Dear Lazyweb, can you correct the installation instructions for XScreenSaver and Gnome 3?

I'm told that the instructions in the man page for installing XScreenSaver on Gnome 2 systems no longer work on Gnome 3 systems.* Can one of you with access to Gnome 3 please figure out the new way to do this stuff?

I also don't know whether the KDE instructions are still correct, so it would be nice to have an update on that as well.

On another note, if you run Linux in Japanese, and are capable of re-compiling xscreensaver, it would be helpful if you would take a look at this bug and help us figure out what goes wrong when you have non-ASCII characters in your password. Particularly see comment #20 and later.