DNA Lounge: Wherein we have espresso!

11 years ago
Our espresso machine is still in the shop -- apparently one of the pressure vessels is cracked, and needs to be welded, which takes a black belt in welding or something -- so in the meantime we found a rental! It's bigger than what I want, but it does in fact make coffee. And there was much rejoicing. Our architect had a good meeting with the planning department today, so "operation: knock a hole in the wall" is inching along at its predictably glacial pace. This meeting meant that the folks at planning tentatively believe that the story laid out in our blueprints makes sense and is legal. Next week, we have the same meeting with the fire department, and the department of building inspection. After that, we get to schedule an appointment to submit our plans to planning and building, which will be in about a month. Then, they will put us on the calendar for a hearing -- which will probably be two months after that. Assuming we get through that hearing with a "yes" from planning, then the department of building inspection takes our plans and ponders them... and it may take three months after that to get an answer from them.

And only then can we swing our first hammer.

It's really a wonder that anything gets done at all, ever.

If you haven't watched this video, you really should. The most amazing thing about this is that it was made by the San Francisco Planning Department.

That video would be funnier if it was not my life. 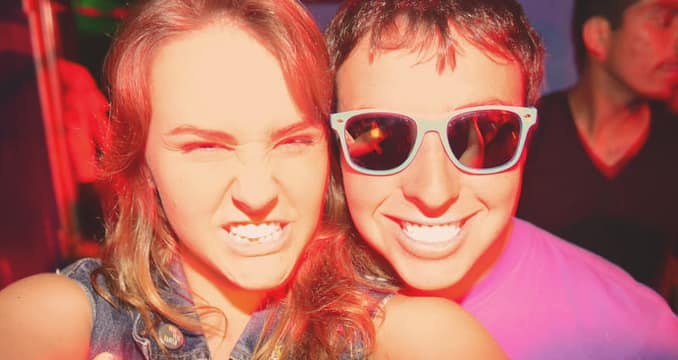 Also, photos are up of Blow Up, possibly the most photographically well-documented event that there has ever been, in the history of clubbing. Every month, those guys post thousands of photos, and they aren't even all near-duplicates of each other. I usually try to prune our galleries down to 50 or so, because I believe people suffer gallery-fatigue if there are more than that... They're mostly pretty decent photos, though, so it's hard!

11 years ago
2 Comments
Tags: mpegs, xscreensaver
Current Music: Love and Rockets -- Inside the Outside ♬

No wonder these captchas are so hard!

It goes on like this for hundreds of pages:

Update, Aug 3: Wow, that was fast! They have already re-scanned the whole book. When I posted this, every page looked like the above.

Update 2: Now the glitched book is for sale!

"There is little precedent for such a Brobdingnagian burial."

Deep Below Park Avenue, a Monster at Rest

It is a gargantuan drill that has been hollowing out tunnels for a train station under Grand Central Terminal. As tall as four men and with the weight of two whales, the so-called cutter head -- the spinning, sharp-edged business end of a tunnel boring machine -- is usually extracted, dismantled and sold for scrap when the work is done.

But the Spanish contractor overseeing the project is taking a different approach. It believes it can save time and money by simply leaving it behind, dormant and decayed, within the rocky depths of Midtown Manhattan. The drill's final resting place: 14 stories beneath the well-tended sidewalks of Park Avenue.

There is little precedent for such a Brobdingnagian burial. No one at the Metropolitan Transportation Authority, which plans to officially entomb the machine sometime this week, can recall such an interment. "It's like a Jules Verne story," Michael Horodniceanu, the authority's chief of construction, said.

A recent visit to the cutter's future crypt revealed a machine that evokes an alien life form that crashed to earth a millennia ago. Its steel gears, bolts and pistons, already oxidizing, appeared lifeless and fatigued. A wormlike fan, its exhaust pipe disappearing into the cutter's maw, was still spinning, its drone not unlike a slumbering creature's breath.

In an official ceremony this week, the cutter will be sealed off by a concrete wall; the chamber will then be filled with concrete, encasing the cutter in a solid cast, Han Solo-style, so that it can serve as a support structure for the tunnel. A plaque will commemorate the site.