12 years ago
SuperSync is the most obtuse, confusing and flaky piece of software I have wasted twenty bucks on in recent memory. I wish I had spent that money on eight different iPhone fart apps instead. The UI is completely obtuse. It's a continuous exercise in, "why is that still grayed out??" and "seriously, is there no way to get a list of these differences??" and "CRC error again, you must be shitting me."

Before I'm forced to write my own using rsync and AppleScript, is there an iTunes-synchronization tool that actually works?

Update: Ok, fine, god dammit, I wrote my own.

Kanaru92: "A sophisticated bear with a mustache riding
Abraham Lincoln with laser eyes into glorious battle."

12 years ago
Apparently the answer to the question, "do I know anybody who knows anybody who actually works on iTunes" is "no".

So, in case someone reading this does but just doesn't want to admit to it (and again, continuing to assume that the bug system is a black hole for outsiders), here's my list of things about iTunes that drive me crazy on a daily basis.

What follows is, I think, strong evidence that nobody inside Apple actually uses iTunes to watch music videos. I do all the time, so these regressions in iTunes 10 -- for things that worked fine in earlier versions of iTunes -- are really, really irritating.

DNA Lounge: Wherein you vote for us in Best of SF!

12 years ago
Is it that time of year again? Yep, it is! Please vote for DNA Lounge, DNA Pizza and our various alumni in this year's SF Weekly Best of San Francisco poll! 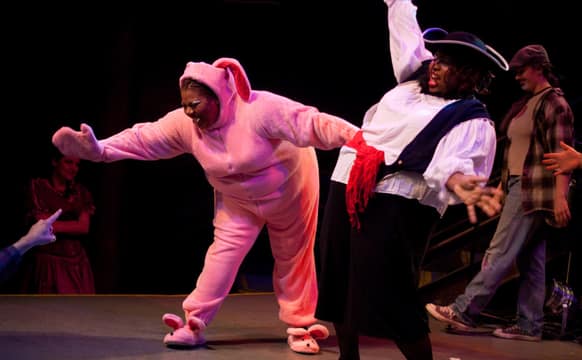 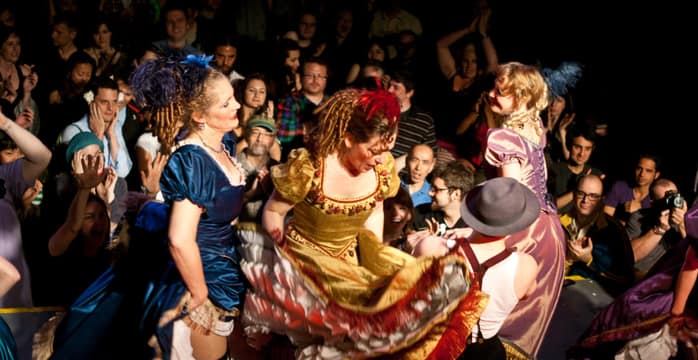 Also, photos are up of the Eddie Dane Memorial and the Hubba Hubba "San Francisco" show.

Are you from the Eighties? If so, you should come to Trannyshack tonight to see Stacey Q!

12 years ago
That’s What She Said: Double Entendre Identification

[...] To our knowledge, related research has not studied the task of identifying double entendres in text or speech. The task is complex and would require both deep semantic and cultural understanding to recognize the vast array of double entendres. We focus on a subtask of double entendre identification: TWSS recognition. We say a sentence is a TWSS if it is funny to follow that sentence with “that’s what she said”. We frame the problem of TWSS recognition as a type of metaphor identification.

We define three functions to measure how closely related a noun, an adjective, and a verb phrase are to the erotica domain.

1. The noun sexiness function NS(n) is a real-valued measure of the maximum similarity a noun n ∈/ SN has to each of the nouns ∈ SN−. For each noun, let the adjective count vector be the vector of the absolute frequencies of each adjective that modifies the noun in the union of the erotica and the Brown corpora. We define NS(n) to be the maximum cosine similarity, over each noun ∈ SN−, using term frequency-inverse document frequency (tf-idf) weights of the nouns’ adjective count vectors. [...] Example nouns with high NS are “rod” and “meat”.

2. The adjective sexiness function AS(a) is a real-valued measure of how likely an adjective a is to modify a noun ∈ SN. We define AS(a) to be the relative frequency of a in sentences in the erotica corpus that contain at least one noun ∈ SN. Example adjectives with high AS are “hot” and “wet”.

12 years ago
Now iTunes not only ignores "Sound Check" when playing videos, but now it also ignores the "Volume Adjustment" slider in "Get Info" on video tracks.

So you can no longer even normalize the volume manually.

I'm not sure when they broke this, but it was relatively recently.

This is just fantastic.