12 years ago
It is a banner day, people. I just ate the first slice of DNA Pizza! And here's where it came from: We may be open tonight, but we will certainly be open tomorrow for Blow Up, so come early and come hungry!

Yesterday we went to the Sysco Food Show. What I learned was: almost everything that most restaurants serve is pre-fab, and all of it is distributed by -- and half of it is also manufactured by -- Sysco. I felt like I was at Stark Expo. 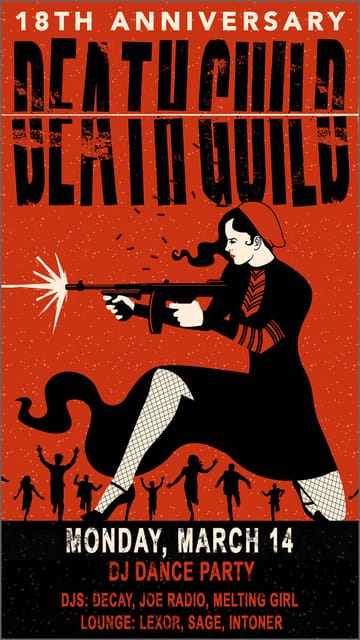 There was a really nice write-up about the anniversary in The Guardian yesterday.

We met with our lawyers and architect again today to plot the course of our lot-merger project; wheels are turning. Our architect also had some clever ideas for how to deal with the fact that the second floors don't match up.

This next bit is probably only of interest to a small number of people, but this information was to hard to come by that I'm publishing it here so that it doesn't get lost again. Here's a 1992 document laying out the concessions that Costco had to agree to before they were allowed to build their store at 11th and Harrison:

Page 2:
B. Other Elements of the Project.
1. Parking. A minimum of 720 parking spaces will be available to operators, employees and customers of nearby evening and nighttime restaurants, nightclubs, dance halls, galleries and theatre establishments, at prevailing market rates in the area, daily after Costco's hours of operation until at least 2:00 a.m. [...] The main vehicular entry to the nighttime parking shall be the 11th Street entrance closest to Harrison Street.

[Costco] will close and interrupt the public parking availability only when required to do so for maintenance, repair, reconstruction, alteration of the premises or due to circumstances beyond its reasonable control. [...] [Costco] shall post signs indicating the location, hours of operation and cost of public parking resources on the site. The 10th Street parking access will be restricted to an entrance only with no exiting.

So this says that Costco is legally required to make their parking lot available to the local nightclubs until 2AM.

It took our lawyer literally 3 months to track down this document. Many people "knew" it existed, but nobody had a copy. As I understand it, he eventually found a copy in a box in a basement of someone's office on Treasure Island.

The reason this matters to us -- a lot -- is that one of the things that is likely to come out of our lot merger is that the city will tell us, "Well, you're expanding your business, so that means you have to prove that you have enough parking for the bigger business." This is silly in at least two ways. The first being that, while DNA Lounge is technically expanding, it's expanding by the exact amount of the pizza restaurant that it is absorbing: both of those businesses already exist today! It's a zero-sum game. And the second reason it's silly is that requiring businesses to provide parking sort of flies in the face of the city's more-public-transit, fewer-cars policies of recent years. But, they're gonna ask us to show we have parking, and now we can.