"The goal of the expedition is to reach the rim of the lava lake. Nobody has previously survived such an encounter."

Well that's more like it. Having declared defeat in the self-repair battle, Colin from Tilt took the monitor away and brought it back having replaced even more components and repaired a bunch of damaged traces. It works great now! 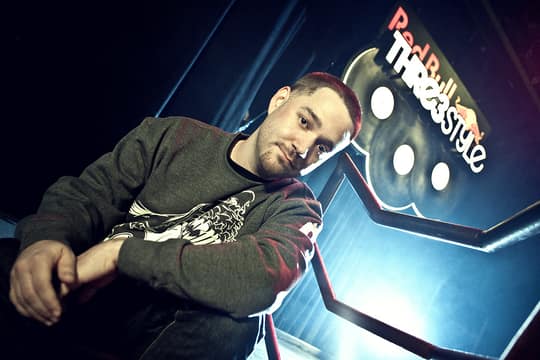 Here's a nice review of the Red Bull Thre3style DJ contest on Friday. Apparently that night "DNA Lounge" was also a "trending topic" on the Twitters! Plus a few photos, but surprisingly few, given how popular it was.

I'm sad to report that the March 5th edition of New Wave City will be their final event as a regular monthly at DNA Lounge. They will be doing a couple of events at Mezzanine, and then Mighty. They've been here a bit over eight years, and we're going to miss them!

You may be wondering what event will fill that vacated slot... that would be Bootie, which will now be weekly!

Also, about that pizza place. You may be wondering what's up with that. I know I am... Well it looks like we're going to be getting the keys on March 8th and open for business on March 9th -- yeah, next week! Maybe the 10th, but we're going to try our damndest to be selling pizza the day after we get the keys. Escrow doesn't close for a while after that, but we're talking over operation early, which means we'll be operating under a temporary liquor license pending the transfer of their Type 41 (all-ages beer-and-wine). I get to go get fingerprinted for that tomorrow. Then, in parallel to the transfer of the 41, we're starting on the whole lot-merger thing, which will eventually result in that room being covered by DNA's existing Type 47 (all-ages full-bar), but that process will probably take a year. Until the lot merger happens, we aren't allowed to poke doors in the walls.

Meanwhile. We need a sign. CUE THE NEW CURSE!

Turns out the guy who overcame the curse on the other sign has moved away, so I need to find someone else to make one for the pizza place. This should be easier, because there's already a sign frame there: we just need some new side panels fabricated to stick in it. Plus it's a lot smaller, only four feet square.

This is what I have in mind: 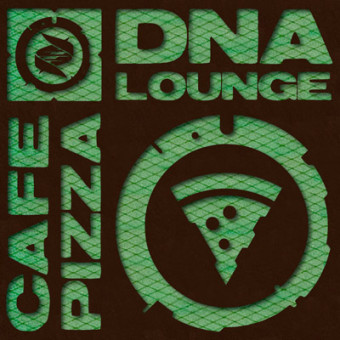 Same materials as the big sign: raw steel on wire mesh, backlit in green. The nice thing about this is that you'll actually be able to see it from down the street!

I've registered the somewhat-surprisingly-available dnapizza.com (nothing there yet). I wanted dnacafe.com as well, but the domain-squatting parasites who have that want $10,000 for it! I offered them $300 and they didn't reply. So, uh, good luck with that, guys.