Google can now translate to and from Techno-Viking.

12 years ago
Photos of our 25th Anniversary are up! Thanks to everyone who came out, it was a lot of fun. Some of these photos deserve commentary: 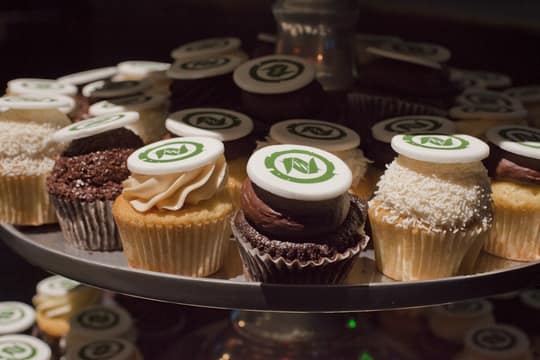 Check out those cupcakes! It turns out that you can't actually print on cupcakes like you can onto real cakes, so instead the cupcakes were topped with, basically, DNA Lounge communion wafers made of sugar.

I will stamp that logo on anything. All objects are improved by it, don't you think? 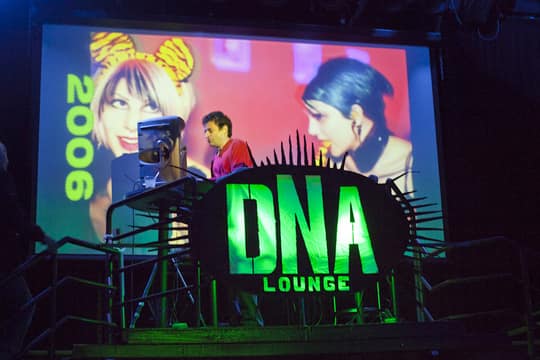 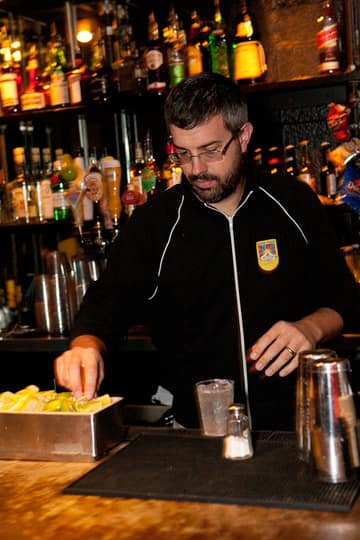 This is the original DNA Lounge sign. We pulled it down in 2000 when we had to replace the front wall of the building for soundproofing, and it's been taking up space underneath the stage ever since. And now, back under the stage it goes to wait for the next time its services are needed.

Let that be a lesson to you: never throw anything away, you might be nostalgic for it some day. 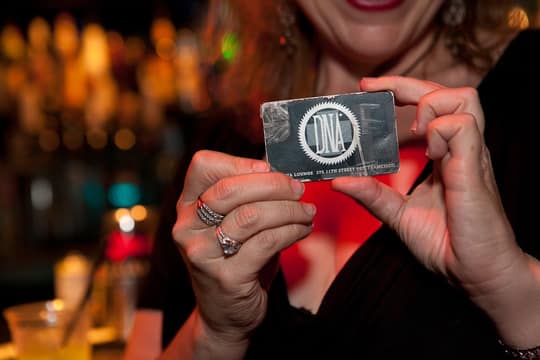 Quite a few people showed up with their prized "DNA Lounge Black Cards", which were issued in the 80s and allowed free admission before 10pm. We still see those show up in line on occasion! Whether they work generally depends on the age of the the person working the front door and whether they have any idea what you're talking about.

We're going to hang the proclamations inside the ticket booth with our permits, so that when the ABC comes sniffing around demanding to see our papers, they'll be right there. "Oh, those old things? Those are just our proclamations from the mayor and Board of Supervisors naming a day after us. Sorry, the liquor license is behind those."

what mad future is this where one cannot rely on the sanctity of Courier?

I am told that www.jwz.org looks wrong in both Firefox and MSIE on Windows, because the text that should be bold is showing up in a font of a completely different size than the non-bold text.

Can someone explain to me what's going on and how to fix it?

did you not understand?