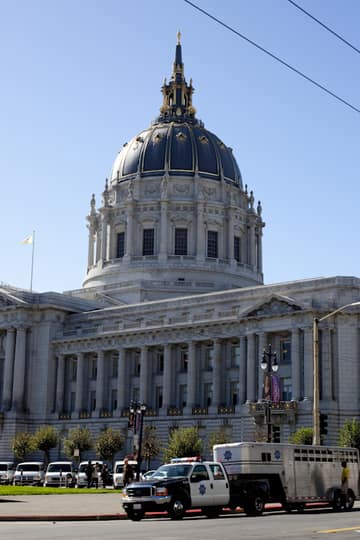 Thanks to everybody who came out to the Entertainment Commission hearing on Monday! We packed the room, and the public testimony was overwhelmingly in favor of night-life. I took a few photos. The comments were eloquent, heart-felt and often hilarious. The hearing was recorded, but I don't see it on SFGTV; maybe I'm looking in the wrong place. Many people spoke out not only about the Entertainment Commission issues, but also shared their frustration with the ABC-led club crackdown, and asked why the Board of Supervisors hasn't been showing some leadership in stopping that. While not strictly what this hearing was about, it was good for that to be said, I think.

The committee voted in favor of the EC legislation, and now it goes on to the full Board of Supervisors on Nov 3. That hearing will not allow any public comment. If it passes, it then goes to the Mayor to be signed into law.

One unfortunate point is that the legislation still contains the moratorium on late-night permits. This means that the number of late-night permits in existence can only increase by 15% per year, which is somewhere around 10 or 12 permits. Fortunately this doesn't include permit transfers (e.g., selling your business) so it's not terrible. But, it's a new limit where there once was none, and thus constitutes an erosion of night-life. There are people who think that serving people alcohol right up until 2AM and then kicking them all out on to the street at exactly the same time is a good idea. Those of us who actually work in this industry understand that giving people time to sober up and trickle out over an hour or two leads to less noise on the street and less drunk driving.

As I said, now the legislation goes from the committee to the full board for a vote. This means that it's important that you keep those emails coming in! The three supervisors on this sub-committee voted to send the legislation to the full board. That makes it likely that those three will vote for it, but there are eleven people on the Board of Supervisors, and we need a majority of them, too. So please email them -- particularly the supervisor of your district -- and ask them to support this legislation. For example, something like this:

I support the strengthening of the Entertainment Commission. I do not support the moratorium that will restrict the granting of late-night permits, because there is no proof that those events are any problem.

I am a ___resident / employee / patron___ and I think that the entertainment venues in the city are safe, well run and that the Entertainment Commission does a good job managing all of them. The couple of problem venues will be required to fix their problems faster if the commission gets this additional power.

I pay taxes, live, work and play in San Francisco and believe that well managed entertainment of all types is vital for a city like ours. It is one of the reasons I choose to live here and not in the suburbs.

Oddly, even those who opposed the legislation seemed to misunderstand what the legislation actually says. We live in some kind of bizarro-world where the nightclub industry is asking for their regulatory agency to have more enforcement power to punish bad operators, and the neighbors are against that. Apparently someone told them that this legislation was going to increase the number of late-night permits, when in fact it does exactly the opposite.

Almost everyone who was there speaking against this legislation was complaining about a Pink Diamonds, a recently-closed strip club in North Beach that had been notorious for gang violence. The irony here is that, because that strip club never served food or beverages, it was not required to have any entertainment permits! Which is strange, but apparently that's the way the law works here. That meant that the Entertainment Commission had no authority over them at all, either before or after this legislation. It was entirely a police problem.

So, that was an exciting way to spend a Monday afternoon. In news more in line with the business I had hoped to be in -- that of "nightclub owner" rather than "political activist" -- some new photo galleries of DNA Lounge shows have gone up recently: 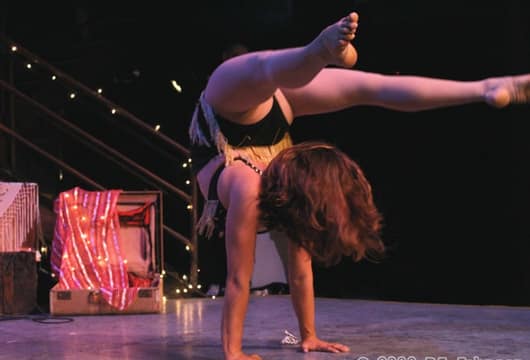 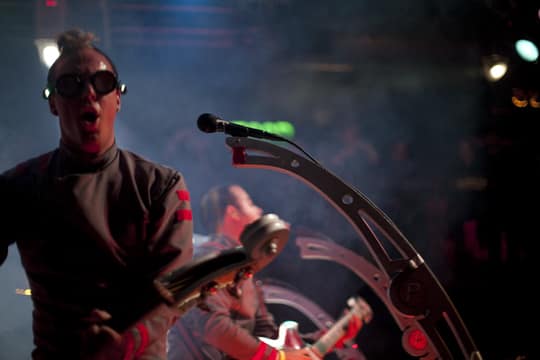 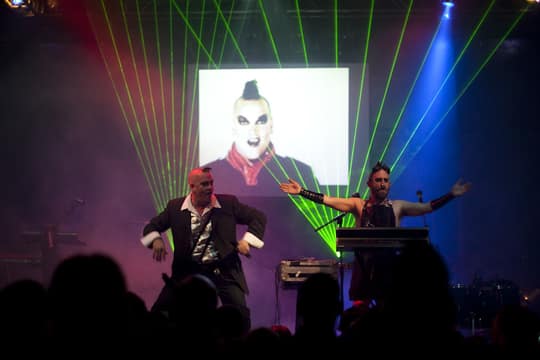 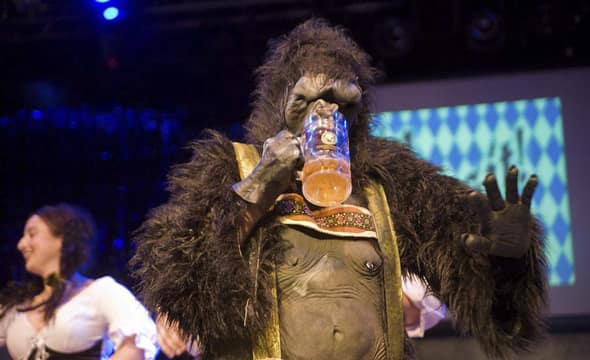