I, for one, welcome our new snuffling, lowjacked underlords.

13 years ago
Museum of Animal Perspectives
Scene missing! Some videos in this post have disappeared. If you know of an accessible version of this video or this video, please mail me so that I can update this post.
5 Comments
Tags: mpegs, mutants, scene missing

Elephant Agent and the Space Gentleman. 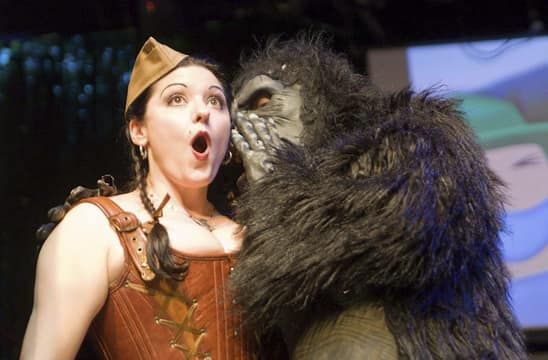 I, for one, welcome our new supersized bug overlords.

These are amazing! I would like to have a fourteen inch snail as a pet. I think.

13 years ago
I am unreasonably excited that I finally have a real DVD copy of URGH! A Music War! It's a good transfer, much better than the copy I recorded from the Sundance channel years ago.
12 Comments
Tags: movies, music
Current Music: The Cramps -- Tear It Up ♬

DNA Lounge: Wherein Twestival screw us over with their egregious unprofessionalism.

13 years ago
As you might imagine, we do business with a lot of promoters who are amazingly flaky, inconsiderate, and otherwise unprofessional. It appears to be par for course in this line of work. Normally I wouldn't bother calling one of them out, because it's just so common, but this latest one is so egregiously unprofessional, and cost us so much time and money, that it deserves special mention and ridicule.

There's this group called "Twestival" whose gimmick seems to be throwing simultaneous events announced on Twitter, and raising some money for charities. I'm told they've done this before in SF, and got a decent turnout. They approached us in July and I gave them a quote for a date in September. They couldn't decide which date they wanted, and we ended up changing the date we had on hold for them three different times -- including rescheduling another promoter's event so that we could give Twestival the date they preferred.

They wanted to meet in person and do a walk-through of the club, as first-time promoters usually do. Our first warning sign: they couldn't manage to actually show up when they said they would. They asked to stop by on a Wednesday at noon, then at 9AM on that day emailed us to say "we can't make it until Friday". We rescheduled for Friday. Then on Friday, they just didn't show up. No explanation. No phone call. And (eventually) barely an apology, by email, a week later.

Still, it sounded like it could be a profitable event, so we didn't give up on them yet.

We sent a contract, and asked for a deposit. Months went by. A few times they asked when they could stop by to drop off the deposit, but never actually did so. We emailed and called them at least a couple times a week and got no response at all. I even asked a friend who works at Twitter to try to contact them, since they seem to have some vague affiliation. Nothing.

Then today, I got this!

We are excited about a few new announcements that you may have not gotten sooner...please take note of the last most important announcement :-)

Last but not least, we have a venue location change....

The new location will be at [some other venue].com full details will be announced on the blog over the weekend. As part of behind the scenes of Twestival, we wanted you to be the first to know and PLEASE tweet it out! We want to make sure that everyone is aware of this change!

Note that that's not even a message to DNA Lounge telling us that they no longer want the date we have on hold for them. That's a message to their announcements mailing list, to which they seem to have added us, encouraging us to tell everyone about the great new venue they've found.

Does that sound like an apology for wasting our time to you? No, it doesn't to me either.

So as a result of them having jerked us around for so long, now we have an empty night to fill on Fri Sep 11, just two weeks from now. This is way too short notice to arrange anything, especially with most of the city's reliable promoters heading to Burning Man next week, so chances are we'll be closed on that Friday.

So thanks to Twestival's rudeness and unprofessionalism, we're going to be closed on a Friday night. It's fair to say that they just cost us at least $5,000.

Don't do business with these people. Tell your friends. And hey, for extra irony, use Twitter to do it.

how much does Snow Leopard suck?

13 years ago
In the interest of not burying the lede: if you install Snow Leopard, none of your 3rd-party screen savers will work (.qtz files may work but .saver files will not).

Normally I wouldn't give a shit about installing this OS upgrade, except that apparently Apple has fucked up ScreenSaverEngine, so in order to make the XScreenSaver distribion work on 10.6, I have to do a 64-bit build of all of the savers... and that's not possible on 10.5, because the 10.5 version of the ScreenSaver.framework bundle doesn't include the x86_64 architecture.

How angry am I going to be if I install 10.6 on my only computer?

Will it break Photoshop, Illustrator and Lightroom?

The nature of Apple's screen saver fuckup is that .saver bundles aren't separate programs (like they are in XScreenSaver under X11) but instead are dynamically loaded code into the ScreenSaverEngine app. And now they've changed ScreenSaverEngine to a 64-bit app which refuses to load 32-bit code -- meaning they broke every third party .saver bundle.

Dynamically loading the code this was always an idiotic idea. Even before Apple's current fuck-up, it had already meant that one screen saver could screw up the namespace of one that happens to run later (e.g., there are some savers that you can't run consecutively in System Preferences); and it means that a buggy screen saver that hangs can make you need to power-cycle the computer, since deactivation requires the cooperation of the 3rd party saver itself, instead of that being handled at a higher level. With X11 XScreenSaver, user activity guns down the saver whether it is responsive or not: a sandbox, basically, which is the only sensible way to do it.

I'd volunteer to rewrite ScreenSaverEngine from scratch, to make it less flaky and more compatible, if I thought there was any chance Apple would accept and ship my contribution.

Update: Progress is being made. I have questions.

13 years ago
The kiosk graveyard. Long may they rust.

13 years ago
Scene missing! A video in this post has disappeared. If you know of an accessible version of this video (search), please mail me so that I can update this post.
17 Comments
Tags: mpegs, parts, perversions, scene missing