14 years ago
How much am I gonna hate the new iTunes? From what I've read so far, I have The Fear.

(Please keep in mind that I don't have an iPhone or iPod or use the Apple store, so anything that causes those to be more in-my-face than before counts as a minus.)

DNA Lounge: Wherein you've spoiled it for everybody. 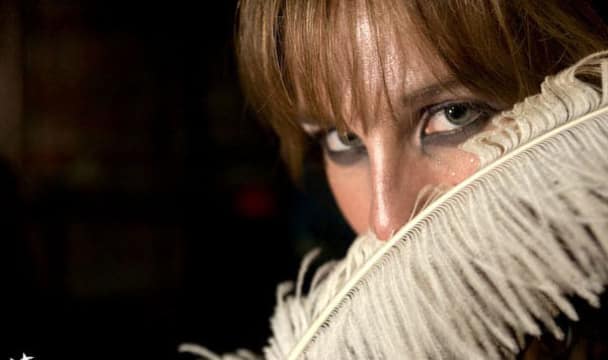 Photos are now up of Bohemian Carnival, which was awesome.

And in related news, a word on photography.

Hubba Hubba Revue (which, incidentally, is happening this Friday and which I strongly advise you to attend) have decided to ban pro-sized camera rigs. This sucks, but I completely understand, sympathize with, and support their decision.

As Dr. Kingfish posted on the Myspaces:

We understand that not every photographer is responsible for every issue, but we have had complaints and problems at literally every show we've ever done, and no matter what we say or do, this continues to be the case. These complaints have come from performers, audience members and even the venues themselves, and frankly we can no longer afford the time and effort to manage this apparently inevitable situation.

Even when we have spoken directly to these issues, our requests for good conduct have regularly been ignored, and photographers have continued to make the show experience a negative one for the audience and the cast. On more than one occasion we've even had to throw photographers out of the dressing room -- even after they'd been told directly that they were not allowed in that area.

Lastly, despite literally thousands of photos snapped at every show we've ever done; despite telling photographers that they were allowed to shoot at our events only so long as we were given copies of their material, we've maybe received, at most, a couple of dozen photos -- total -- over the past 2 years. Clearly the only thing we are getting from this relationship is grief.

As you may have noticed, I take a lot of photos here. Frankly, I'd rather not: I enjoy photography, but most of the time, I'd rather be actually watching the show. But I try to shoot as many events as possible anyway, because having photos on the web site is good promotion for the club, so I kind of consider it my job.

And I know from direct personal experience that if the show isn't being shot by me or by one of two or three other photographers I know personally, the chance that I will ever see those photos is slim to none.

It's so sad to be shooting a show and look to the left and right and see that the entire front row is taken up by late-40s obese men with Grizzly Adams beards and $4,000 worth of camera equipment. Aside from the visceral reaction to this ("What am I doing here! I don't want this to be my peer group!") I also feel bad for everyone else in the audience who paid to actually see the show and are having their view blocked by these boobs. When shooting I always try to move around a lot, both for variety in the shots, and so that I'm not blocking anyone for very long. Most photographers don't have any such consideration.

And, as noted, these guys with their expensive gear not only never send us the photos, but they never even post the photos to Flickr or anywhere googlable. We never see the photos, even when I've personally asked them, and given them my card. That trick hasn't worked even once.

This doesn't happen for rock shows, of course: the dirty santas only come out when there are pretty girls on stage. Draw your own conclusions.

It's also worth noting that Bohemian Carnival suffered the exact same problems that Hubba Hubba has, and reached the same decision years ago.

So, now you've spoiled it for everybody. I hope you're happy.

Mashing up "shark" with "jump".

14 years ago
It's easy, you just take the execrable io9 and overlay it on the doddering CNN.

(It's a Bootie interview. I hesitate to even link there, because if there was an award for the worst thing on the web, I'd nominate io9: a purported "science fiction" blog written by a bunch of Xeni clones whose only apparent involvement with SF comes from the scifi channel and TVLand, and who seem to be under orders to post ten times a day whether they have something to post about or not, lest ad revenue suffer. "Hey, let's do another top ten list!" Which has what to do with mash-ups? Exactly.)