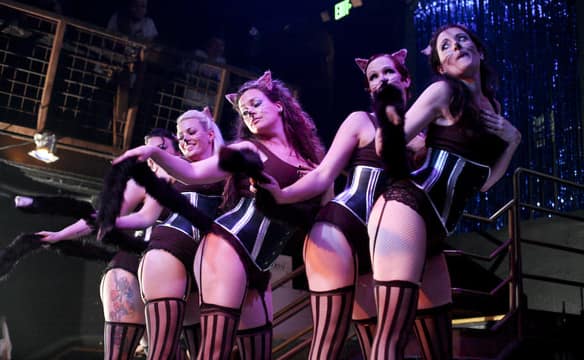 Photos are up of Everything Goes Cold (apparently nobody took any photos of the other three bands?), of the Zivity Batman Party, of Hubba Hubba Revue's "Jolly Olde England" show (don't miss their "Benny Hill" video!), and also of Immigrant performing at the final Pop Roxx. It was a great turnout for the last one, because everybody loves a funeral... If we could have gotten that kind of attendance regularly, it wouldn't have stopped!

To commemorate the final event, we gave away a bunch of compilation CDs of most of the bands who have played at Pop Roxx over the last two and a half years.

It wasn't all of the bands, because there were too many to fit on an audio CD, so we had to leave a few off.

If you didn't manage to pick one up, you can still listen to it as this week's mixtape. This is the "director's cut" of that CD: it's almost the complete set of Pop Roxx bands. It is only missing tracks by three bands (Pretty Vicious, Landshark, and Sunday Drivers), because somehow I managed not to get CDs by those bands, and I wasn't able to track down MP3s in time.

We had a lot of great bands at Pop Roxx! I'll miss it.

Starting in September, every third Saturday will be a new party called Super Ego. Stay tuned...