From this I learned that the Thai translation of
"no son, that's a transvestite" is a one syllable word.

DNA Lounge: Wherein you yank on the shaft.

15 years ago
It's the end of an era: not only have all of our motion-sensor faucets been replaced with old-school faucets with handles, but now so have all the toilet sensors. (The urinals aren't done yet, but are in progress.) Those motion sensors, you may recall, sucked. 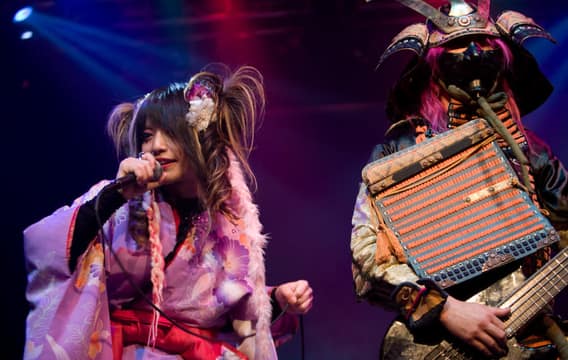 This was a disturbingly expensive change to make, since it involved a good deal of busting open of walls, but there was really no other option other than continuing to have smelly bathrooms, since those sensors worked poorly under the best of conditions, plus, the sensors were extortionately expensive to replace. They were like $500 a pop. If these handles break, they're closer to $40.

Also, photos are up of the Antifeminism / Hagakure show, which was very entertaining. "A geisha, a samurai, and a sushi chef walk into a bar..."

The turnout was pretty light, which I assume is because almost all of the fans of this kind of music are under 21. File this under (again) it really sucks trying to do live music in a 21+ venue.

Upcoming events of note, for your holiday pleasure:

If you were to refer to this mixtape as "punk rock" then the elderly in the audience might beat you with their canes, so let's just not upset them like that, ok?