15 years ago
The Trouble With Tribbles, by Edward Gorey

DNA Lounge: Wherein you get your Hubba on. 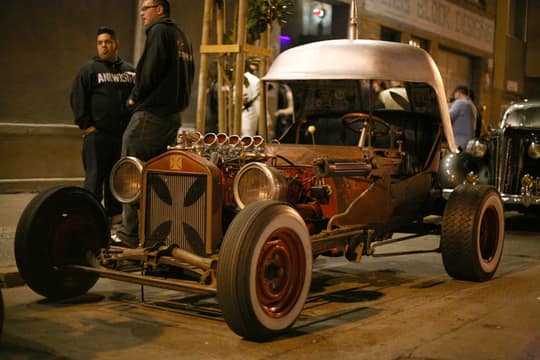 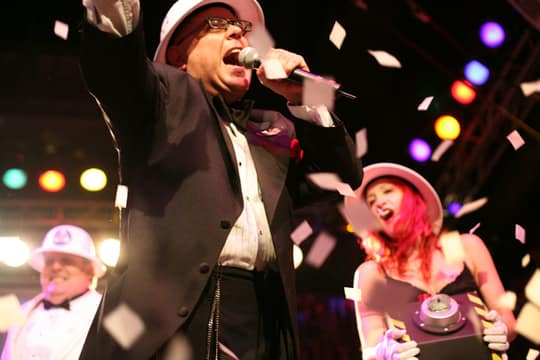 There would appear to be a new Shriekback album, Glory Bumps. It was released nearly three months ago.

Why was I not informed?

the end of time

Richard Frenkiel was assigned to work on the time machines when he joined Bell Labs in the early 1960s. He described the devices as large drums about 2 feet in diameter, with as many as 100 album-like audio tracks on the exterior. Whenever someone called time, the drums would start turning and a message would begin, with different tracks mixed together on the fly.

Daniels switched to her professional voice, her soft Southern accent instantly vanishing. "At the tone," she said, "the temperature is minus 12 degrees." She laughed and her accent returned. "I liked that."

No one had told her that AT&T was about to stop time.

"I think that's very sad," Daniels said. "I was told at one time that my voice would last until well into the 21st century. Now it looks like I'm about to be laid to rest."

When that day comes, Daniels said, she knows what her epitaph will be: "She knew the time."

I, for one, welcome our new pneumatic overlords

our long national nightmare is finally over

Lt. Col. Steven L. Jordan was the only officer and the last of 12 defendants to go to trial in the 2003 Abu Ghraib scandal, which embarrassed the Pentagon and shocked the Muslim world.

The jury acquitted Jordan of three counts: cruelty and maltreatment for subjecting detainees to forced nudity and intimidation by dogs; dereliction of a duty to properly train and supervise soldiers in humane interrogation rules; and failing to obey a lawful general order by ordering dogs used for interrogations without higher approval.

The jury found him guilty of one: disobeying a general's order not to talk to others about the investigation into the abuse.

Eleven enlisted soldiers have been convicted of crimes in connection the Abu Ghraib scandal. The longest sentence, 10 years, was given to former Cpl. Charles Graner Jr., of Uniontown, Pa., in January 2005. Lynndie England, who was an MP reservist from Fort Ashby, W. Va., and the most recognizable face from the Abu Ghraib photos, was sentenced to three years.

"Say, Bill. Would you rub some of this bug powder on my lips?"

"The felt is hand dyed and the details are embroidered. I added some real screws that I tarnished in vinegar. The roller rotates so that a piece of paper can be added with some typed words on it."

About six months ago, I posted asking how to cut down on the paper spam I get (most especially the smirking goateed realtors). Several people recommended GreenDimes, and I signed up. You give them your info and $15, and they periodically re-unsubscribe you from various lists. And they plant some trees.

It seems to have been working very well!

Pretty much the only spam that hasn't stopped is AT&T ("Your World Delivered. To the NSA.")

It has come to my attention that people are refering to the MacOS busy-cursor as "The Beachball". This is incorrect. It is called "The Hypno-Wheel". Thank you for your cooperation.

From 1 January 1961 until 1 January 1972, UTC seconds varied in length relative to TAI seconds, leap-seconds were fractions of a second, and UTC clocks thus did not tick on the same instant as TAI clocks. I was a software test engineer on a project that handled this correctly.

UTC was redefined starting 1 January 1972 to have a second exactly the same as the TAI second, to have leap-seconds exactly whole seconds, and thus UTC clocks thereafter indeed did tick on the exact same instant as TAI clocks. The old software did not need revision; it still handled this correctly.

This was for a large software system for the command and control of military space satellites. Internal time was kept in TAI minutes from some base time because the mathematics required all minutes to be uniform in duration. External time, however, was reported in UTC (day, month, year, hour, minute, and seconds -- to the nearest millisecond). UTC was also used as an intermediate step to getting actual solar time (not mean solar time) for determining the orientation of the surface of the earth relative to a fixed coordinate system based on the stars.

When the software system was replaced in the mid-1980s, the developer (who had not worked on the previous system) did not really understand the difference between UTC and TAI. I repeatedly -- and unsuccessfully -- warned both the developer and the US Air Force (the customer) that there would be problems for not doing time conversions correctly. In the end, the Air Force was required to suspend mission operations a minute before a leap-second and resume operations a minute after. This suspension was considered to be a cost-effective response to the lack of proper design because correcting the design would impact both software and hardware with a cost of several millions of dollars (partially a consequence of poor modularization of the software). A capability that existed in 1970 no longer existed in 1992.

The first leap hour is estimated to occur in about 600 years. They accelerate quadratically after that - remember, we have leap seconds due to the tidal slowing that has already occurred. Future slowing will make leap seconds occur more frequently. There have been the equivalent of about 4 leap hours since Aristotle's time.