14 years ago
This article is full of awesome. I want new sensory organs too!

For six weird weeks in the fall of 2004, Udo Wächter had an unerring sense of direction. Every morning after he got out of the shower, Wächter, a sysadmin at the University of Osnabrück in Germany, put on a wide beige belt lined with 13 vibrating pads -- the same weight-and-gear modules that make a cell phone judder. On the outside of the belt were a power supply and a sensor that detected Earth's magnetic field. Whichever buzzer was pointing north would go off. Constantly.

"It was slightly strange at first," Wächter says, "though on the bike, it was great." He started to become more aware of the peregrinations he had to make while trying to reach a destination. "I finally understood just how much roads actually wind," he says. Deep into the experiment, Wächter says, "I suddenly realized that my perception had shifted. I had some kind of internal map of the city in my head. I could always find my way home. Eventually, I felt I couldn't get lost, even in a completely new place."

On a visit to Hamburg, about 100 miles away, he noticed that he was conscious of the direction of his hometown. Wächter felt the vibration in his dreams, moving around his waist, just like when he was awake. [...]

When the original feelSpace experiment ended, Wächter, the sysadmin who started dreaming in north, says he felt lost; like the people wearing the weird goggles in those Austrian experiments, his brain had remapped in expectation of the new input. "Sometimes I would even get a phantom buzzing." He bought himself a GPS unit, which today he glances at obsessively. One woman was so dizzy and disoriented for her first two post-feelSpace days that her colleagues wanted to send her home from work. "My living space shrank quickly," says König. "The world appeared smaller and more chaotic."

During a long brainstorm session, they wondered whether the tongue could actually augment sight for the visually impaired. I tried the prototype; in a white-walled office strewn with spare electronics parts, Wicab neuroscientist Aimee Arnoldussen hung a plastic box the size of a brick around my neck and gave me the mouthpiece. "Some people hold it still, and some keep it moving like a lollipop," she said. "It's up to you."

Arnoldussen handed me a pair of blacked-out glasses with a tiny camera attached to the bridge. The camera was cabled to a laptop that would relay images to the mouthpiece.

I cranked up the voltage of the electric shocks to my tongue. It didn't feel bad, actually -- like licking the leads on a really weak 9-volt battery. [...] I walked around the Wicab offices. I managed to avoid most walls and desks, scanning my head from side to side slowly to give myself a wider field of view, like radar. Thinking back on it, I don't remember the feeling of the electrodes on my tongue at all during my walkabout. What I remember are pictures: high-contrast images of cubicle walls and office doors, as though I'd seen them with my eyes. Tyler's group hasn't done the brain imaging studies to figure out why this is so -- they don't know whether my visual cortex was processing the information from my tongue or whether some other region was doing the work.

The author also has a blog about this stuff: sunnybains_feed.

14 years ago
But don't worry, only some of it was human:

A Minneapolis city worker is worried about blood in the sewer system because he said, while he was cleaning the system, blood sprayed out of a hole and got all over him.

"We could tell it was blood, I mean large amount of blood," said Minneapolis Sewer Maintenance Worker Ron Huebner.

It happened about two weeks ago in Northeast Minneapolis near a lab that does medical testing and dumps blood into the sewer. It is allowed but the city is now making changes to help protect workers in the future.

"Blood just all over my face, in my mouth, I could taste it. It was terrible. I had it in my mouth and I kept spitting and I couldn't get rid of it," said Huebner.

Huebner said he hasn't been sleeping much. He's worried about the blood that he swallowed when he was operating a jet machine to clean out the sewer.

The Met Council said it was a mix of human and animal blood used in medical testing at this nearby lab.

DNA Lounge: Wherein are to be found both photos and whining. 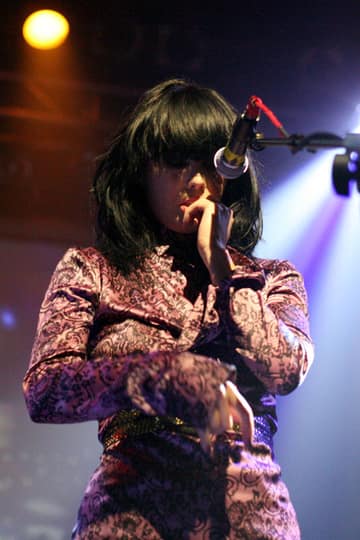 A bunch of new photo galleries are up: New Wave City, Scarlett Fever, Information Society, Bohemian Carnival, Bawdy Island, and Monsters Are Waiting (who were great, by the way.)

I've written a thousand words in three different entries in the last few weeks which are represented here by the following:   REDACTED

As you know, I'm not really a fan of the self-censorship, but the fight is draining out of me. This place is beating me down. Lately I find myself weighing "how much does it piss me off to feel like I can't talk about this" against "how much useless bullshit will I have to put up with if I do talk about this" and come up with "fuck it". It's the algebra of defeat, and results in you getting to read fascinating stories like, "wow, more photos."

14 years ago
My home address is as unlisted as I have been able to make it, but 98% of the paper mail I get is still glossy postcards with smirking goateed realtors on them. Every few months I email them asking them to stop, and they apologize and then keep sending their shit.

One of them said they get their lists from SF county tax records.

I'm guessing there's no way to get off that list, but I eagerly await you, lazyweb, telling me that I'm wrong, and that there's some way to stop this glossy flood of waste and insipidity.

little things. that are wet. 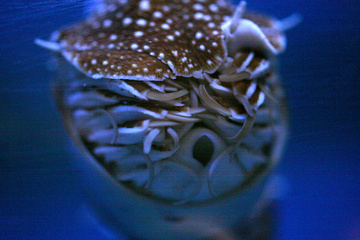 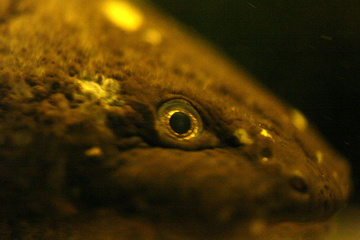 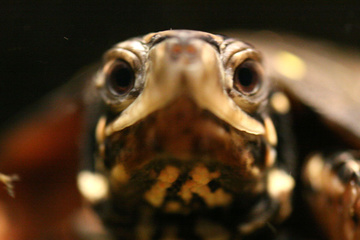 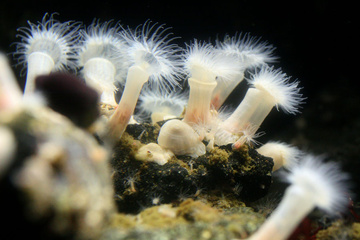 Crimp off that turd by gently squeezing your nuts:

The Acticon Neosphincter is the only implantable sphincter available for the treatment of severe fecal incontinence.

Implanted in the soft tissue of the scrotum or labium, the control pump contains the resistor and valves needed to transfer fluid to and from the cuff. The control pump features a deactivation option so the cuff can be deflated for a prolonged period of time, as well as a septum port so fluid can be added to the system without additional surgery.

Three years ago, I received a national security letter (NSL) in my capacity as the president of a small Internet access and consulting business. The letter ordered me to provide sensitive information about one of my clients. There was no indication that a judge had reviewed or approved the letter, and it turned out that none had. The letter came with a gag provision that prohibited me from telling anyone, including my client, that the FBI was seeking this information. Based on the context of the demand -- a context that the FBI still won't let me discuss publicly -- I suspected that the FBI was abusing its power and that the letter sought information to which the FBI was not entitled.

Rather than turn over the information, I contacted lawyers at the American Civil Liberties Union, and in April 2004 I filed a lawsuit challenging the constitutionality of the NSL power. I never released the information the FBI sought, and last November the FBI decided that it no longer needs the information anyway. But the FBI still hasn't abandoned the gag order that prevents me from disclosing my experience and concerns with the law or the national security letter that was served on my company. In fact, the government will return to court in the next few weeks to defend the gag orders that are imposed on recipients of these letters.

Living under the gag order has been stressful and surreal. Under the threat of criminal prosecution, I must hide all aspects of my involvement in the case -- including the mere fact that I received an NSL -- from my colleagues, my family and my friends. When I meet with my attorneys I cannot tell my girlfriend where I am going or where I have been. I hide any papers related to the case in a place where she will not look. When clients and friends ask me whether I am the one challenging the constitutionality of the NSL statute, I have no choice but to look them in the eye and lie.

I resent being conscripted as a secret informer for the government and being made to mislead those who are close to me, especially because I have doubts about the legitimacy of the underlying investigation.

I find it especially creepy that this guy's ACLU lawyers (apparently) advised him to lie when asked about the gag order instead of just saying "no comment". WTF?

I also wish to become crazy.

14 years ago
A Conversation at the Grownup Table, as Imagined at the Kids' Table