16 years ago
The Islamist Challenge to the U.S. Constitution:

While the imam, Aquil Hamidullah, says his goal is to create "a clean community, free of alcohol, drugs, and free of gangs," the implications for U.S. jurisprudence of this and other internal enclaves are greater: while the Little Rock enclave might prevent the sale of alcohol, can it punish possession and in what manner? Can it force all women, be they residents or visitors, to don Islamic hijab (headscarf)? Such enclaves raise the fundamental questions of when, how, and to what extent religious practice may supersede the U.S. Constitution.

From a telephone sampling of more than 2,000 households, university researchers found that Americans rate atheists below Muslims, recent immigrants, gays and lesbians and other minority groups in "sharing their vision of American society." Atheists are also the minority group most Americans are least willing to allow their children to marry.

A survey by the Pew Research Center in October showed that 15 percent of Americans believe torture is “often” justified, and another 31 percent believe it is “sometimes” justified. Add to that another 17 percent who said it is “rarely” justified, and you have two out of three Americans justifying torture under certain circumstances. Only 32 percent said it is “never” justified, while another 5 percent didn’t know or refused to answer.

"To me, it is now a question of sovereignty. I will personally establish a Planned Parenthood clinic on my own land which is within the boundaries of the Pine Ridge Reservation where the State of South Dakota has absolutely no jurisdiction." 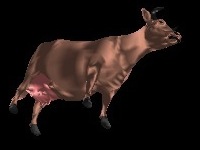 A cow came flying out of its trailer, sent DPS and police scrambling, and left two police cars going up in flames.

Watson told News 4 WOAI, "We believe the gate of the cattle trailer came open, and the cow, for lack of a better phrase spilled out onto the Interstate. It was pretty chaotic for a while."

Several cars hit some of the cows. One cow died. DPS troopers called for backup. That's when one officer was nearly run down by a speeding truck, carrying two illegal immigrants inside.

Seguin Police were out looking for those illegal immigrants. They parked their cars in the hot grass, burning two of them including that brand new 2006 Crown Victoria. Everything inside was destroyed, including tens of thousands of dollars worth of equipment designed for the patrol cars.