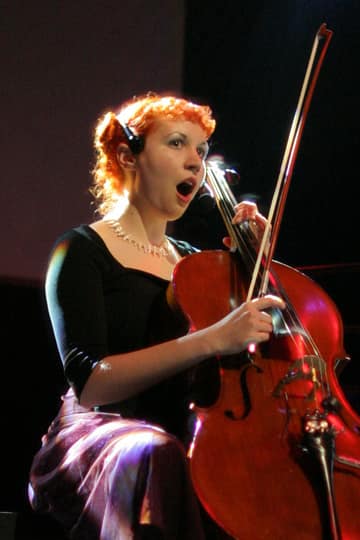 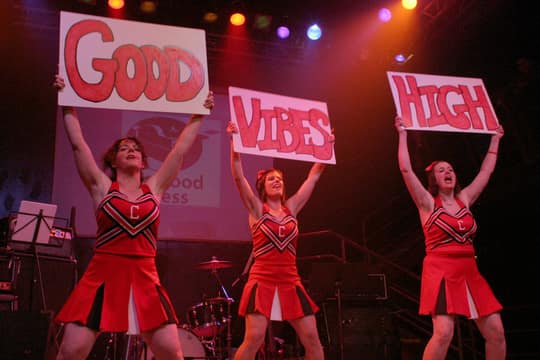 Photos of the Conjure One + Unwoman show. I liked them both. Unwoman is cello and laptop, and Conjure One was basically the same as Fulber's previous band, Delerium. I was under the impression that Delerium was pretty popular, but the turnout was extremely light.

Also up are photos of Good Vibrations High School, which featured more plaid skirts than you'll find even at a ska show.

17 years ago
When I switched my music over from Gronk to iTunes earlier this year, I decided to rate all of my songs. This seemed like an interesting exercise for two reasons: first, iTunes has an option to play higher-rated songs more often; and second, it was an excuse to actually listen to, and put at least some thought in to, every song I have. This was fun, because it turned out that there was a lot of music in there that I didn't even recognize! It was a good way to discover that one really good track on an otherwise-crappy ten-year-old album. Sometimes it takes hearing a song out of context with the rest of its album to give it another chance.

I'm sure a lot of my ratings were pretty arbitrary, depending on what kind of musical mood I was in that day, but it's better than nothing.

The way I did this was I made a smart playlist called "Unrated" with the rules: "rating is 0 stars; match only checked songs", then set the "Source" in Party Shuffle to the "Unrated" playlist. This will cause it to play random unrated songs until you've rated them all.

The rating scheme I used was:

That took about five months for somewhere around 19,000 songs.