I shake an angry fist at Tivo

17 years ago
Well, I had another DirecTivo die, I think. I swear, these fuckers come with a two-year self-destruct timer built in. The last time this happened was in Sep 2003, so I suppose it's out of warranty, even if I knew where the receipt was, which I don't.

Right now it's doing a full reformat, at the suggestion of the support guy (which takes four hours), but he didn't sound hopeful.

It started acting like the load was really high (playback and background animation stalling for seconds at a time) and after I reset it, it wouldn't ever get past 70% on the satellite info stage. I suppose it might just be a dying drive, but (as you know) I hate computers, and so I'd gladly spend an extra $200 to not have to figure out how to install/bless/format a new $50 drive.

I briefly pondered whether maybe getting digital cable might not be so bad, but then I remembered that A) the cable-company-approved PVRs suck, and B) that'd leave me with one tuner instead of two. The Tivo GUI is really nice.

Are any of the DirecTivo models reputed to be more reliable than any other? This one was a Philips 7000/17. The previous one (that died in a similar way) was a Sony something.

Are there any models o DirecTivo that can be made to use ethernet instead of a phone line, without requiring surgery?

Before I reformatted it, I wasn't even able to get it to show me my season pass listings, so I'm going to have to redo them all from memory, dammit.

I, for one, welcome out new segmented robotic overlords.

17 years ago
You must see these videos:

"Each block can rotate 180 degrees around the link that connects it to its mate, and each module contains a magnet that can be switched on and off, enabling it to connect to other modules in the system. Genetic algorithms allow the robot to discover new ways of moving on its own."

"The OmniTread is divided into five box-shaped segments connected through the middle by a long drive shaft spine that drives the tracks of all segments. Bellow s in the joints connecting the sections inflate or deflate to make the robot turn or lift the segments. The bellows provide enough torque for the OmniTread to lift the two front or rear segments to climb objects."

the joy of high powered projectors

31 Comments
Tags: art
Current Music: the girl is watching tv news and it makes me cry 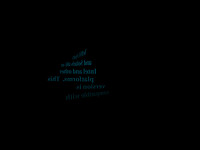 XScreenSaver 4.21 out now. Lots of changes this time around, but the most interesting ones are:

This release is dedicated to the splitting headache I've had for the last twelve hours.

17 years ago
Zipdecode is pretty slick: as you type the digits of a zipcode, it lights up all the areas that begin with that digit, and zooms in as you type (so you can see that the whole west coast is "9", etc.)

(Apparently it's in Java. I didn't even realize I had Java installed...)

17 years ago
Today in giant poster-printing news: Ian Albert made a poster of every Unicode character. It's 12'x6' with what looks like 18pt characters.

the return of PointCast

17 years ago
This time it's called the "MacOS Tiger RSS scroller". I've already gotten multiple requests to clone this into xscreensaver and the damned thing isn't even out yet! I guess I ought to generalize the various text-sourcing savers (starwars, phosphor, apple2, fontglide, and gltext) so that it's easier to bulk-configure them to point at intardweb resources. Not enough people know about the glorious banality of ljlatest, I suspect.

I should pitch this new "Push Technology" to a VC. I think we can make big money by filling your screen with ads while you're not at your desk.

17 years ago
Lab fireball 'may be black hole'

It was generated at the Relativistic Heavy Ion Collider (RHIC) in New York, US, which smashes beams of gold nuclei together at near light speeds. When the gold nuclei smash into each other they are broken down into particles called quarks and gluons. These form a ball of plasma about 300 times hotter than the surface of the Sun. This fireball, which lasts just 10 million, billion, billionths of a second, can be detected because it absorbs jets of particles produced by the beam collisions.

[...] The Brown researcher thinks the particles are disappearing into the fireball's core and reappearing as thermal radiation, just as matter is thought to fall into a black hole and come out as "Hawking" radiation.

"Ten million, billion, billionths of a second" is one of the stupidest formulations I've seen in a while. I think that says "ten billion uh, million seconds", but I'd guess the word they were trying to avoid using was "femtosecond".