I still can't see out my window
but now it has spots.

Priests and Cock: a match made in heaven

16 years ago
Apparently the Jews are tired of the Catholics getting all the press:

NEW YORK (AP) -- Ten days after Rabbi Yitzhok Fischer performed religious circumcisions on twins last October, one died of herpes and the other tested positive for the virus, according to complaint filed by the health department in Manhattan Supreme Court. The complaint, reported in Wednesday's edition of the New York Daily News, also said health officials later found a third baby who had contracted herpes after being circumcised by Fischer in late 2003.

Under Jewish law, a mohel -- someone who performs circumcisions -- draws blood from the circumcision wound. Most mohels do it by hand, but Fischer uses a rare practice where he uses his mouth.

"I regret to say that we of the F.B.I. are powerless to act in cases of oral-genital intimacy, unless it has in some way obstructed interstate commerce."

Clearly they should have used the SmartKlamp. 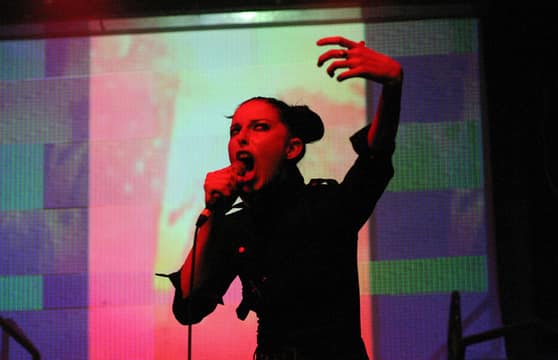 Photos of the Attrition + High Blue Star show are up now. Two great bands, and almost nobody came. I think there were like twelve people here when HBS started.

You may be wondering about the "rolling" effect on a couple of the pictures. They came out that way due to a nearly-disasterous incident with a corrupted camera card. We probably could have edited them back to normal, but they look kinda neat that way...