"For every three new members who name you as their inspiration for joining, your choice of FSF founder and president Richard Stallman or FSF counsel and scholar Eben Moglen will record a personalized greeting ready for use on your answering machine. Greet your callers with a prominent voice of software freedom."

"The building's skin, made from an innovative and lightweight transparent 'teflon', abbreviated as etfe, has been designed to react specifically to lighting and projection."

history of suppression of dissent

18 years ago
Geof Stone has been posting some interesting historical/political stuff to Lessig's blog over the last few days:
Tags: big brother
Current Music: The Sisters of Mercy -- Under The Gun (Metropolis Mix) ♬

18 years ago
Proof That Any Hackneyed Franchise Can Be Made Interesting; A Short Story
4 Comments
Tags: comics
Current Music: The Sisters of Mercy -- Under The Gun (Metropolis Mix) ♬

More fun than The Sims, I imagine:

18 years ago
Millions of Bees Spilled on Vegas Freeway

A truck carrying 12 million honeybees hit a wall on a highway ramp, dumping its load across the pavement shortly before the evening rush hour.

The truck was carrying 480 bee colonies, each with 25,000 insects, to California to pollinate the state's almond crop when it struck the wall Wednesday afternoon.

The collision spilled the bees and gallons of honey onto the highway and forced troopers to close the southbound ramp between Interstate 15 and U.S. Highway 95 for more than four hours.

Authorities summoned beekeepers to help but decided capturing the bees alive would take too much time and money. Firefighters doused the insects with water to kill them.

"We're talking millions of bees," said Don Grogan, owner of Sedona Honey Co. in Las Vegas, who was helping with the cleanup. "And tomorrow they'll all be dead. ... It breaks my heart." 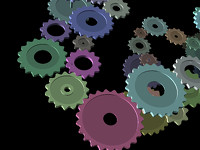 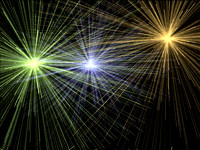 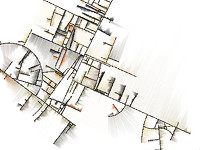 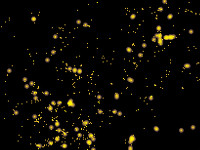 XScreenSaver 4.19 out now. Four new hacks this time (one by me), and a handful of minor updates. I'm pretty pleased with how "pinion" turned out.
5 Comments
Tags: computers, firstperson, linux, xscreensaver
Current Music: The Kills -- Monkey 23 ♬