DNA Lounge: Wherein we discover that it is all good.

16 years ago
Saturday night, the drummer decided that he needed a carpet on stage. So he went outside, went next door to the pizza place, rolled up their carpet and took it. The owner of the pizza place saw this from across the street, and a while later asked Barry, "um, why did you guys take my carpet?" "What are you talking about," replied Barry. So they wandered around the club and eventually found it. They asked the guy, "what were you thinking?" Can you guess what his answer was? Go on, guess.

At some other point in the evening, the same guy came into the office, took a chair, and said to Caroline, "yo baby, don't tell nobody I took this." It's unclear whether that chair is still in the building. 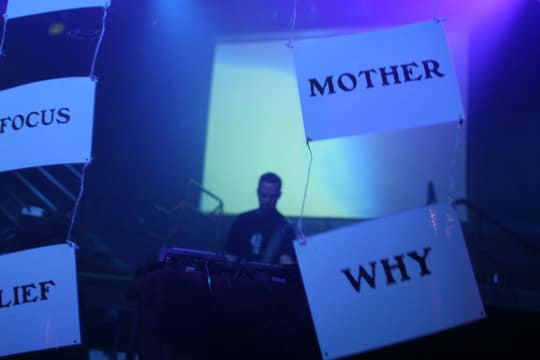 Photos of the Cold Meat Industry show are up now. This was a night composed primarily of extremely loud air-conditioner-type noises. It made me a little nostalgic, in that, had I seen this show when I was 16 and had just discovered early Cabaret Voltaire and Throbbing Gristle, I probably would have thought it was the most badass thing I'd ever seen. But now I'm old and jaded, so not so much...

The last band had this grid of words hanging at the front of the stage. We kept wondering if they were going to play Industrial Jeopardy: "I'll take FILTH WHORE for $200, Alex!"