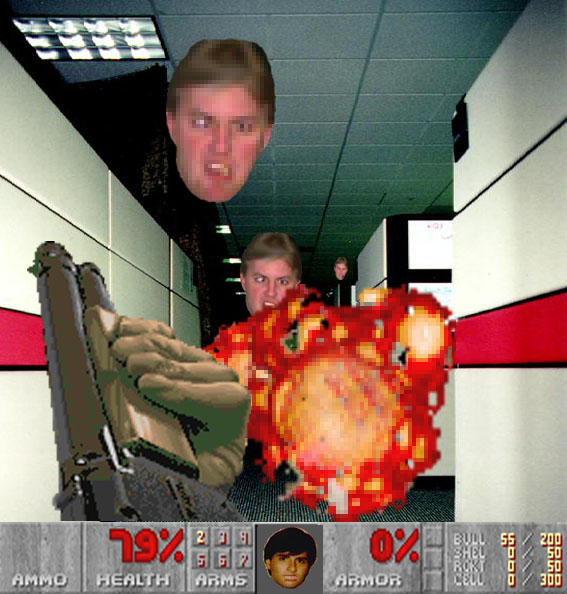 Apparently today it is exactly ten years after the first public beta of Mosaic Netscape was released to the world. How did it get to be ten years already? I only realized that it had been this long when a reporter mailed me asking for a comment the day before yesterday...
60 Comments
Tags: firstperson, nscp
Current Music: Fuzzbox -- Germ Free Adolescence ♬

a stroll in the pork

18 years ago
Again, how can there be no photos?

LITTLE ROCK, Arkansas -- Emergency service workers had their stomachs turned when they cleaned up a smelly mess of spilled pig innards that blocked a busy Arkansas intersection for several hours Tuesday. Police said a truck spilled about 1,000 pounds of hog intestines fresh from a packing plant. The mess in the state capital, Little Rock, left several cleanup workers queasy.

"It was horrible. Oh, it was bad," said Sgt. Terry Hastings of the Little Rock police department.

The truck was carrying the entrails from a rendering plant to a facility where dog food is manufactured when the driver made an abrupt stop. The container was covered only by a tarp, which did not prevent the viscera from sloshing into the crossroads, police said.

Firefighters used bleach and fire hoses to flush away the mess. When asked to describe the scene, Hastings was almost at a loss for words. "Nasty, nasty. Phew," Hastings said.